“The Church Would Look Foolish Without Them”: Thomas O’Neil, Toledo, Ohio 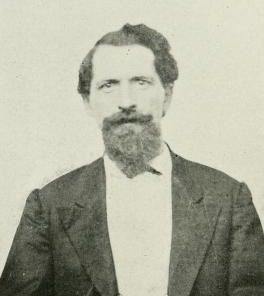 There are few old-time dwellers in the city of Toledo, Ohio, who are more prominent or better respected than the gentleman here mentioned. His prominence is not because of marked ability or great wealth, nor is the high esteem in which he is held to be accounted for on any “holier than thou” assumption, or any high place in the line of special perfections. He is, and has never laid claim to being more than, an average man. Those who know him best and for years have felt the public pulse regarding him are of the opinion that his honesty of speech and record and his genial light-heartedness and generosity are among the things that, during the past half a century, have made him the subject of kind remark and the object of pleasant and hearty greeting by all his fellow citizens.

From the beginning of his career in Toledo, 1850, he has been a member of St. Francis de Sales’ Church, the first Catholic church in that city, and he has helped to the extent of his financial ability in the founding and developing of all the other parishes which, to the number of eleven, evidence the growth of Catholicity in “The Future Great City.” He has always done his part cheerfully and promptly, and few will be found to question his representative character or his record as a plain, unassuming Catholic gentleman.

Mr. Thomas O’Neil was born at Asketon on the Shannon River, in the county of Limerick, Ireland, May 12, 1830. He was in his twentieth year when he embarked for the United States. He arrived in Toledo on his birthday. In obedience to his active temperament and industrious habits he was scarcely settled in his adopted city when he engaged in business, the manufacture and sale of boots and shoes, which he continued for twenty-six consecutive years. His next venture was in the bakery line, in which he remained during fourteen years, making forty years of active business life.

Mr. O’Neil was married January 10, 1853, by the late Father Foley, the third resident pastor in Toledo, to Miss Mary Geelan, who, like himself, was born in Ireland. She departed this life December 15, 1901. To their union were born three children: John, Derunda, who passed away August 14, 1873, and Thomas J.

Among the things of note in Mr. O’Neil’s career it might be mentioned that he was first lieutenant in the Shields Guards, a noted Irish-American  military company that flourished in Toledo, in 1856, and for several years after. Not a few members did valiant deeds for the Union in the war of 1861-1865. In 1858 Mr. O’Neil was elected Treasurer of the City of Toledo. In 1863 Governor Tod appointed him captain of the recruiting station Toledo, where he made an excellent record in his efforts for the successful prosecution of the war. Under the administration of President Johnson he was appointed city mail agent, which responsible position he filled with credit to himself and the government. In 1882 he was elected infirmary director, and was twice reelected to the same office, his last term ending in 1890. Since then he has declined to be active in either business or political affairs, contenting himself in caring for his property in the interests of his children.

Now in his seventieth year, he is well preserved, active, and just as cheerful, jovial and companionable as when his tide of life was at its flood, and when sociability, merry-making were the chief sources of his good times. He loves much and is beloved by many.

Michael W. Carr, A History of Catholicity In Northern Ohio and in the Diocese of Cleveland: Biographical, Volume II (Cleveland: J.B. Savage, 1903), 345-346.

June 17, 2014 Catholics on Stage: Arnold Daly (1875-1927)
Recent Comments
0 | Leave a Comment
Browse Our Archives
get the latest from
Catholic
Sign up for our newsletter
POPULAR AT PATHEOS Catholic
1

Whose June Is It?
Mudblood Catholic
Related posts from McNamara's Blog