If You Want to be a Trans Ally, Declare Your Pronouns

We’re cisgender men. The pronouns we want people to use when referring to either of us are he, him, and his. Why does this matter, and what does it even mean? Being cisgender means that we identify with the gender we were “assigned at birth.” In blunt terms, it means that the genitals with which we were born match our gender identity: We’re both male who have always been male, have always felt male, and whom other people have also always thought of as male. And that’s why it matters—there are men whom other people haven’t always thought of as men; women whom other people don’t think of as women. 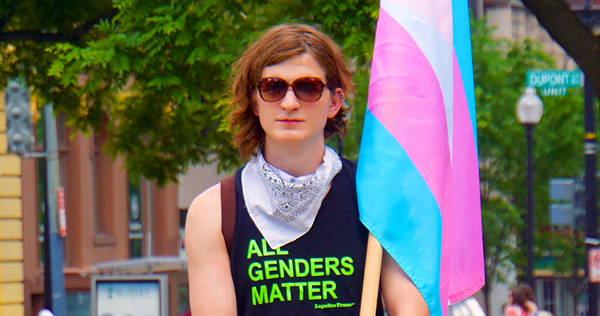 Calling ourselves cisgender is an acknowledgement that although most of humanity shares our experience, there are people whose gender doesn’t match the biology with which they were born. Saying we’re cisgender tells transgender people that we see their experience, their personhood, and their reality as valid as those of the majority. By stating our preferred pronouns we’re admitting that even though the way we look matches who we really are, there are people whose inner self doesn’t match what their culture would expect them to look like—and that it’s therefore not always safe to make assumptions based on appearance. It helps us become better trans allies.

Writing about pronouns might give you the impression that we’re comfortably progressive. The truth is that it has taken us years to wrap our heads around pronouns and how to approach the trans community. And we must confess that we haven’t always been kind to trans people. We haven’t always taken them seriously. We are guilty of “otherizing” them, of dehumanizing them. For this, we must ask forgiveness. We may not have sinned against our trans brothers and sisters in deed, but we have sinned against them in thoughts, in words, and in what we have failed to do. May the Lord who made them with as much love as He made us, forgive us. And we hope they forgive us too.

Transphobia has long been prevalent in the gay community—especially in the gay male community. The uncomfortable truth is that most cisgender gay men are at least at some level insecure in their masculinity. We don’t mean in the sense that we ourselves doubt it, but in the sense that we have grown up hearing from others that being attracted to the same sex makes you less of a man. For those of us who don’t feel any kind of particular attachment to the feminine, being thought of as less masculine is frustrating. It makes us defensive. And true to one of the ugliest traits of human nature, we seek to make ourselves feel better by pointing at a scapegoat even more “other” than we are.

Gay men fetishize and idealize masculinity. We don’t have scientific data on this, but based on our own experiences when we were single, we’ll attest that “masc only” is one of the most common requirements found on online dating profiles. Guys who consider themselves masculine—who have never desired to be women or to even just wear women’s clothes—want nothing to do with guys who are effeminate. It’s no surprise, then, that trans women make us so uncomfortable. Their existence threatens our own masculinity because people who don’t understand the difference between gender identity and sexual orientation see trans women and think they’re just gay guys in dresses; they think they are, in a sense, what all gay men want to be—the gayest of the gays. So we lash out. Instead of calmly explaining to those who are misguided that “gay” and “transgender” are not points on a spectrum, we establish the difference between the two by saying that one is acceptable, but the other isn’t.

And that’s really messed up. It hints even of misogyny. It is, truly, sin—it is rooted in the denial that we are all made in God’s own image. Ironically, perhaps, it has been our deepening relationship with Christ that has softened our hearts and shed light on our error. Faith—the realization that there is an intellect far greater than ours, a loving Creator whose mind we can never fully comprehend—has humbled us and has made us more willing to listen to other people’s stories.

Perhaps because as men we find it easier to relate to fellow men, it is by hearing the stories of trans men that we have finally come to empathize with their need for proper pronouns. We never liked the gay subculture that uses female pronouns for men. Neither of us has ever liked being called a “queen”—not even by gay friends. If something as innocuous as that annoys us, we can’t imagine what it would feel like to have complete strangers call one of us ma’am; we can’t imagine feeling as if our own body were declaring us something we’re not. And this newfound empathy has made us regret the times when we’ve been unkind, in thought or speech, to trans women—we have a better understanding now of where they are coming from.

We would be remiss not to acknowledge that there are also people who don’t fully fit within the confines of “male” and “female”—just like there are people who aren’t 100% gay or 100% straight. This is even harder to grasp. We humans like our labels, our boxes, and our categories. The good news is that God didn’t bid us understand each other—“For each will have to bear his own load.” Our job as human beings is not to categorize and classify others. It is especially not up to us to establish any sort of hierarchy. Our job, as we see it, is simply to love—to work with God and our fellow humans to make this world a more peaceful place. 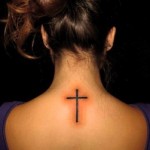 February 12, 2017
How to Help a Queer Person with Church PTSD
Next Post 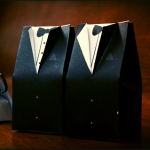