The dynamics of human relationship are universal. In some ways we connect, and in others we inevitably clash. And all marriages have underlying commonalities: communication, compromise, connection. But because of our culture, our government, and our churches, LGBTQ marriages face unique struggles, even in the face of marriage equality.

It’s worth looking at some of these problems, and how we can approach them to make the marriages of LGBTQ people more successful. 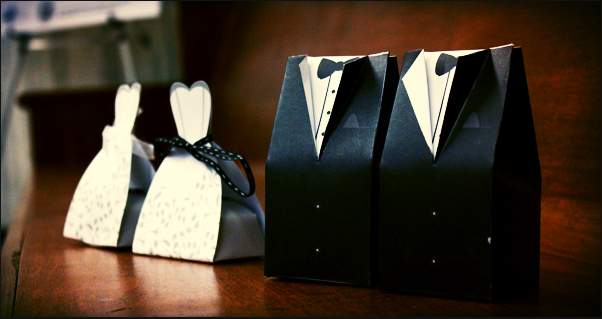 Many of us have struggled for years over our sexuality, especially those who come from faith-based backgrounds. While most people, gay, bi, or straight, experience sexual brokenness in one way or another, the baggage of gay and bi Christians is unique. The vast majority of us come to dating and marriage with broken sexual identities from families and churches who have told us we’re dysfunctional. For some, that has manifested itself in sexual addiction or using sex as a kind of rebellion toward God. For others, it has resulted in a deep-seated shame that has caused us to separate ourselves from our sexuality to the point where it is something foreign or despicable. These issues only intensify under the spotlight of relationship. Those who struggle with shame, addiction, or sexual detachment are best served by counseling from a professional who is LGBTQ friendly. We carry these wounds indefinitely, and we must address them before they harm our marriages.

Some folks are eternally nosy about the sex other people are having. Add to that a (false) preconception that gay people are naturally more open about their sex lives, and it can result in a lot of inappropriate questions and assumptions. How do you do this? How does that work? Who does what? But LGBTQ people are not to be pointed at like mating animals in a zoo. A general rule of thumb: If it’s not a question you’d ask your parents about their sex life, it’s probably not one you should ask a casual friend.

These assumptions beyond sex, though, and get to notions of how marriages “should” function based on traditional gender roles. While we were engaged, we had a friend ask us who would be the final decision-maker in the family. While she and her husband have an extremely loving, equitable marriage, she explained that, if push came to shove, her husband would have the final say. It was kind of like asking us, “Who’s the wife?” For us, though, being in a same-sex marriage has been a freeing experience in which we can make mutual decisions about our roles based on our skills and interests rather than our genders.

We live in a liberal city where we shouldn’t fear any problems with public displays of affection. But even in a place like Portland, Ore., we still notice wandering eyes and an occasional double take if we kiss or hold hands in public. We can only imagine what other couples face in more hostile areas of the country and world. The truth is, many people still aren’t comfortable witnessing affection between members of the same gender. Even among some LGBTQ allies, there’s a gap between knowing a person is gay and seeing actual evidence of the fact. To have a gay person as a co-worker or neighbor may be easy to accept, but then to see that same person express affection for a partner may elicit discomfort. The only solution is for society to see more healthy expressions of affection: in public, in entertainment, and in media.

Strained relationships with family and friends

LGBTQ couples aren’t the first to risk losing families and friends because of who they marry (see Romeo and Juliet, interracial couples throughout the decades, and anyone who has ever tried to marry an unemployed writer). We’re kidding on that last one. Sort of. But same-sex couples face a special kind of vitriolic fervor; it is a faith-fueled fury that despises not just the coupling, but the people involved. It vilifies them as deviant, perverse, and wicked. All of which is to say, the hatred cuts at the very core of who they are. That’s hard to take from a stranger, but from a parent, sibling, or close friend, it can be devastating. Not everyone will face such severe trauma, but most LGBTQ couples will face some degree of pushback from their families, whether they find themselves disowned or discover that they are being subtly ignored. Relationships thrive on the love and support of communities. It’s dangerous for any couple to go it alone. Married LGBTQ couples must fill these gaps in their lives by searching out people who can love and celebrate them.

A common gift at an engagement party or a bridal shower is a book on marriage for the newlyweds (especially when that Cuisinart is so expensive). But where are the marriage resources for LGBTQ couples? There’s only a smattering of books written for secular couples entering into same-sex marriages, and virtually none for queer people of faith. Furthermore, how many gay couples receive faith-based premarital counseling, or get to be married in the church they attend? The entire support structure created to help straight couples succeed is conspicuously absent in faith-based communities. Simply put, the church fails LGBTQ couples. The solution we see is for Christian allies to step up and help to fill the gap left by the church. You may not be a pastor or counselor, but if you’re straight and married, you have wisdom and experience that you can pass on to new LGBTQ couples. They need you.

We’re fortunate in that our first year of marriage has proven to be relatively smooth. We largely credit that to our supportive church and many loving friends and family members. And while we both have a lot of baggage from our past, we’re old enough that we’ve had the opportunity to work through all of our issues (well, most of our issues). More and more, we’re less aware that we’re a married same-sex couple, and just feel like any other married couple. That’s our hope for all LGBTQ marriages. 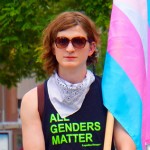 February 18, 2017
If You Want to be a Trans Ally, Declare Your Pronouns
Next Post 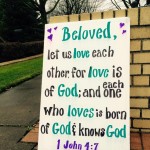 February 27, 2017 Six Videos That Help You Understand LGBTQ Christians
Recent Comments
0 | Leave a Comment
"Church is boring."
Ivan T. Errible The InterVarsity Inquisition
"Huzzah on your mission and it’s nice to see that you’re taking ‘Q’ back from ..."
John Gills The Gay Christian Network Becomes Q ..."
"Freedom of Religion Question: The wide spectrum of doctrinally divided Christian Churches in America have ..."
Dean Daniels Dear Eugene Peterson, We Will Read ..."
"good for him."
Brandon Roberts Dear Eugene Peterson, We Will Read ..."
Browse Our Archives
Follow Us!

Five Ways To Be The Church...
Irreverin
Related posts from Modern Kinship

How to love your neighbor during a pandemic
In case you haven't heard, we're in the middle of a pandemic....
view all Progressive Christian blogs
What Are Your Thoughts?leave a comment
Copyright 2008-2020, Patheos. All rights reserved.