Yes, this is a departure from what I tend to write, whether it’s autism and family related or even about Muslims in America. Well, it relates to Muslims in America, but I admit upfront that it’s snarky and out of character.

But what can I say? Pamela Gellar brings it out in me.

To preface – the husband and I are watching Breaking Bad. Lots of it. We got on the bandwagon as the series was ending in a blaze of glory, and are now finally up to season four. Now, if you know my husband, which you don’t — this is big. He never commits to a television series, and definately not a suspense or drama. (Between his job as a critical care and pulmonary doctor and our roller coaster of an autism life at home, he says anytime we spend on TV after the kiddos go to bed better be for fun, hence our penchant for things like The Daily Show, Parks & Recreation, and endless loops of The Big Bang Theory.)

But I couldn’t resist the tug of Breaking Bad, especially with so many friends raving about it. So we started watching. And we got sucked in. And now we’re in it to the end.

Which brings me to Pamela Gellar, one of the most Islamophobic idiots you can find. I read an article today in which she says that if a Muslim believes himself/herself to be moderate, then the only way to prove it is to endorse all 18 points of the American Freedom Defense Initiative (her group)’s platform for defeating jihad in America:

In a column last week, anti-Muslim activist Pamela Geller focused on how Muslim communities and organizations respond to acts of extremism. Geller, as she so often does, begins her piece depicting extremist acts as being reflective of Islam and its adherents as a whole. “There is a problem in Islam,” the column reads, “[s]o what is the response of the Muslim community?” According to Geller the only appropriate response by Muslims would be to endorse all points found in the extremist platform her organization, the American Freedom Defense Initiative (AFDI), drafted earlier this year. Among other points, AFDI’s platform calls for “an immediate halt of immigration by Muslims into nations that do not currently have a Muslim majority population.”

“AFDI has issued an 18-point platform for defeating jihad in America. If Muslim groups in the U.S. were genuinely ‘moderate,’ they’d endorse every point,” Geller concludes in her October 23 column. By claiming that Muslims cannot be moderate unless they support the virtual moratorium on Muslim immigration, Geller creates an absurd, wholly unrealistic standard and expectation for what can be and who is “moderate.” Subsequently, she can further demonize any “extremist” that does not meet such a standard – allowing her to further perpetuate bigotry and fear among communities under the guise of opposing extremism.

And when I read this, I was ready to just move on by and not give Pamela Gellar and her idiocracy any more attention. But Jesse Pinkman came into my head. So I just had to. Really, I couldn’t resist: 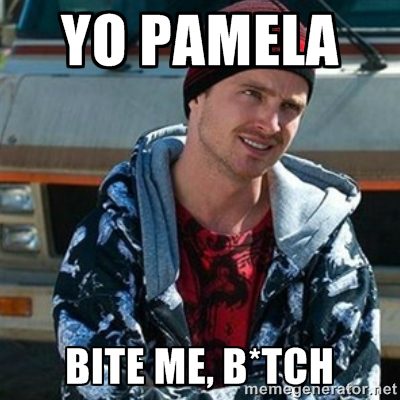 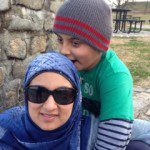 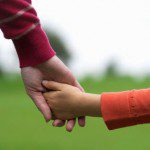