It was speculated last week that Jed Duggar, the 20 year old son of TLC’s “19 Kids and Counting” Jim Bob and Michelle Duggar was possibly going into a courtship. Last week he suddenly had social media, like Instagram, that he had not had before. Usually this is the first sign of a Duggar courtship announcement, This time turned out to be a little different. No courtship, but Jed Duggar is running for political office after two years interning in politics.

You have Jed, graduate of the Michelle Duggar homeschool of the dining room table. Never held a real job not connected to his Daddy. No university credits. No life experience beyond a bad reality television show.

Megan Godfrey working on her PhD, holds Masters in Elementary Education. Worked at Fayetteville Public Schools. State Representative since the beginning of the year.

This seems so unequal, you have an educated well qualified person running against what seems like a shut in hiding under momma’s apron. But we know how much Jim Bob craves political power by his own successful and failed runs for the same seat.

Jed was described this way at his announcement:

Duggar describes himself as pro-life, pro-Second Amendment and pro-religious liberty.

In other words anti-abortion for any reason, pro gun in every situation and wanting to keep LGBTQ marginalized and demonized. Just like Daddy. That rotten apple fell right from the tree. 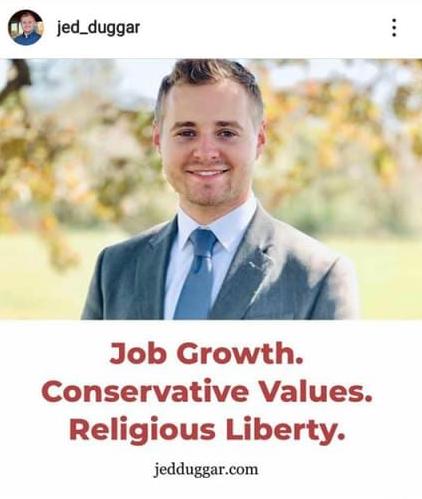 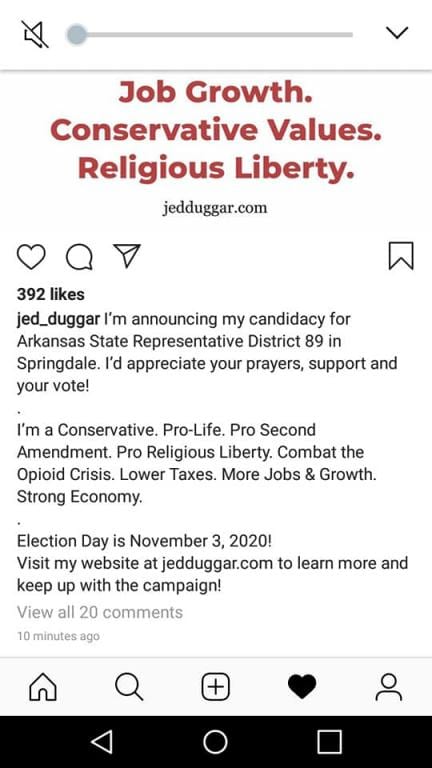 This is all sorts of pathetic. But Jed’s campaign manager has his hands full (likely Jim Bob Duggar) because the world has spoken and they are not much liking the idea of Jed in politics. Here are just a few of the negative responses that have been wiped off Jed’s social media just this morning. 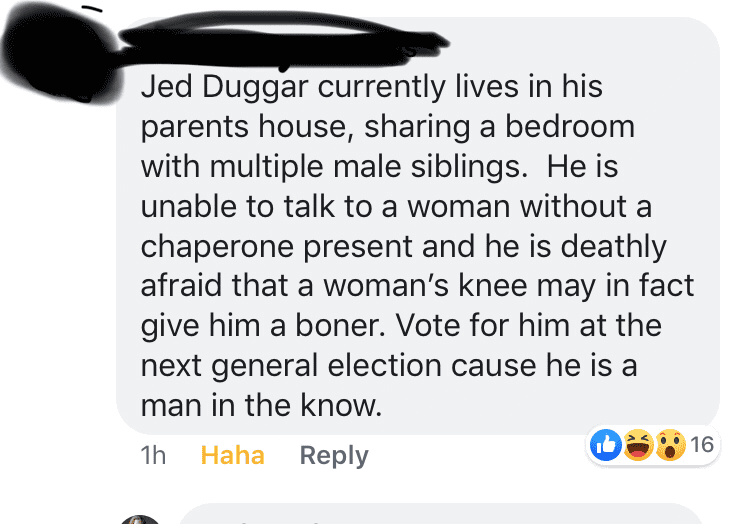 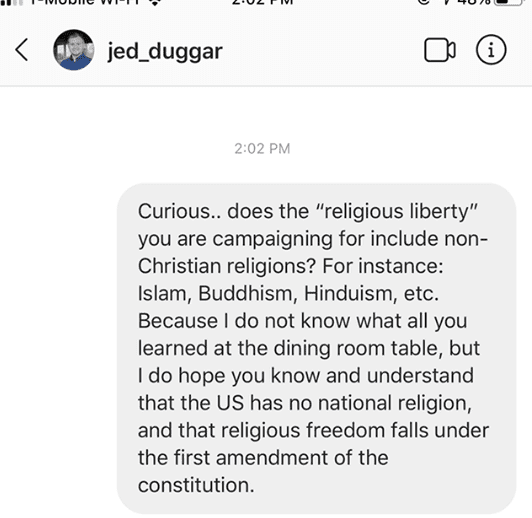 Here’s hoping that the people of Arkansas are as sick of the Duggars as we are here at No Longer Quivering. One interesting thing to note that no one has mentioned yet in a public context is the issue of Jed being on an ongoing reality television show. Under the election laws of some states there has to be a parity in coverage, if one candidate gets free air time, then the other is entitled to the same. I don’t know what the laws of Arkansas might be but that reality television show ‘Counting On’ may be Jed’s undoing.

Please do not vote for this ignorant child!

November 5, 2019 Doug Wilson - If You're Racist and You Know it Clap Your Hands
Recent Comments
64 Comments | Leave a Comment
"This is late, partly bc of my preoccupation and partly bc I'd been slowly reading ..."
Jennifer Serena’s Serenity – Luxury Hotel, Birthing ..."
"Thank you for your commitment to truth and love, Suzanne. Best wishes to you and ..."
Meredith Anne Not a Goodbye, More of a ..."
"For your sake, I am so glad you will no longer be editing and managing ..."
Lana Not a Goodbye, More of a ..."
"For what it's worth, I've learned a lot from you about a Very Creepy movement ..."
Gwen Pryce Not a Goodbye, More of a ..."
Browse Our Archives
get the latest from
Nonreligious
Sign up for our newsletter
POPULAR AT PATHEOS Nonreligious
1