As with the other Alaskan pics (Parts: One, Two, Three, Four, Five, Six, Seven), click on image for larger version. 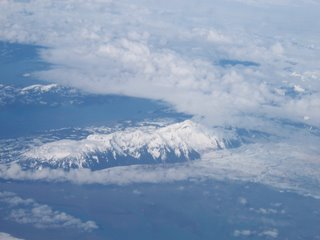 The approach by plane to Alaska: I’d been dozing when the Captain announced we were beginning our descent. This was the sight that greeted me as I awoke to look out the window. On enlargement, you can see the frozen ice floe. 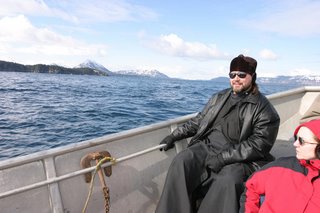 Here I am all bundled up like a Nordic version of the Infant of Prague — on the skiff headed toward Spruce Island. 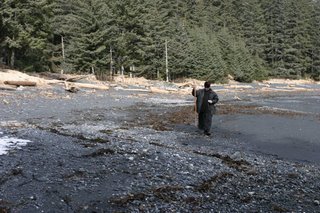 The sand on Spruce Island is black. The white you see here is either shells or snow. 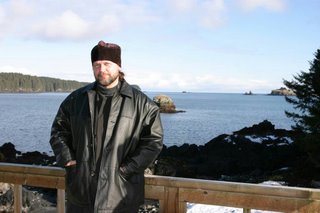 Fr Innocent of Holy Resurrection Cathedral took this pic of me from the porch of St. Nilus Serbian Orthodox Skete. 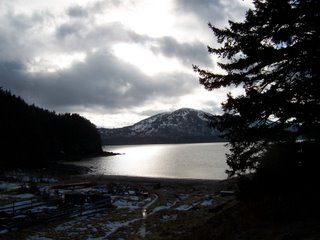 In the foreground is the monastic garden. What a view, huh? 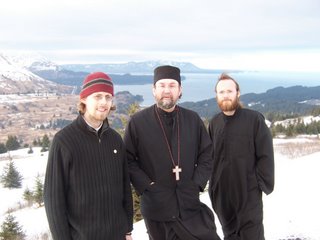 Some of the Staff from St Herman Seminary near the top of Pillar Mountain. ( L to R) Philip Majkrzak, Instructor of Liturgical Music, Fr Chad, Dean, and Reader Paul Sidebottom, Associate Dean of Academics. 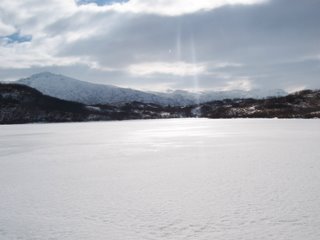 This is a large pond or small lake … either way, one big sheet of ice … 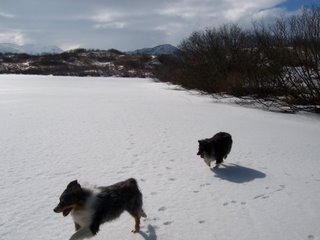 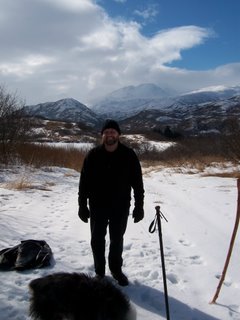 That would be me on a hike behind Fr Chad’s home. The following two pics were snapped in his “backyard.” 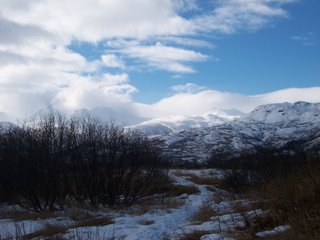 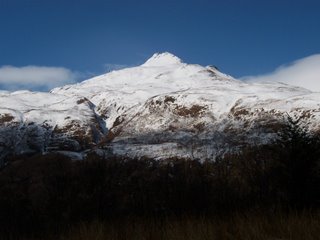 Finally, a view of Kodiak from up on Pillar Mountain. 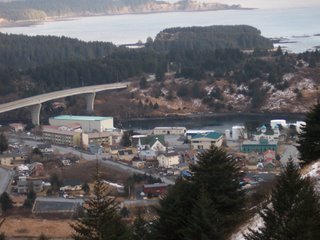 St Herman of Alaska, pray to God for us!

April 13, 2006 Ah, yes ... Chosen by Judas.
Recent Comments
0 | Leave a Comment
Browse Our Archives
get the latest from
Eastern Orthodox
Sign up for our newsletter
Related posts from Orthodixie

Taken from the Nest
Since stepping out of the first cave, we have made pilgrimage, trying...
view all Eastern Orthodox blogs
What Are Your Thoughts?leave a comment
Copyright 2008-2021, Patheos. All rights reserved.