You never know who is listening

You never know who is listening August 25, 2011 Melissa 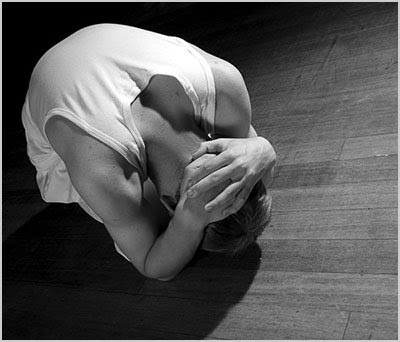 Family was up visiting, and we had some church members over for coffee after church. During the conversation someone happened to mention the conservative parliament member that had just been elected in our area. They spoke of their hopes that this politician would be able to fight back against the gay marriage laws in the country of Canada, and then added that he doubted it would be able to happen, because “the press always accuses people of being homophobic” when they take unpopular religious stances on marriage.

This is a typical conversation in my social circles. It doesn’t really bother me, people have differing political opinions that they feel strongly about. So this person feels that gay marriage is not morally allowed by their religion, many religious people feel that way. It may frustrate me when people combine religion and politics, but I understand that they are not personally attacking the LGBTQ community, it just sincerely a part of their beliefs. And while those beliefs are discriminating, they usually aren’t advocating old testament law or anything. This person is well-respected in our church, middle-aged with a solid marriage, five grown children and a good business. Their have always gone out of their way to make us feel welcome here in this church, inviting us over to spend holidays with their family, and bringing us meals and gifts after babies were born. This person is generous, has a great sense of humor and I’ve liked them since we moved here. But that night at our house after church, my perspective of this person’s ability to accept people was changed, because after the political reference, the conversation got even worse.

“How do you handle the whole homosexual thing Pastor?” They laughed, “ I know you can’t just say ‘You’re a sick disgusting pervert’ even though that’s what I really think. How can you tell homosexuals they are wrong without getting flagged for hate speech.”

I couldn’t hear my Father-in-Law’s response over the heartbeat thudding in my ears. I was glad that no one was looking at me, because I could feel my ears burning, and I was fighting back nausea. How could they say something like that? If they knew that their pastor’s wife is sexually attracted to both sexes, would they think that I am a sick mentally twisted person who is “wrong”? Would they try to get my husband fired from church office? Or would they just never invite us to their home again? If they met my sister who dresses and acts in a non-gender conforming way would he treat her like a “disgusting pervert” in the assumption that she is a lesbian and therefore somehow deserves to be treated poorly? I left the room and poked around the kitchen for a moment to hide my tears. Oh how desperately I wanted to say something, to throw another opinion out there to make them think a little bit about how they were treating an entire group of people.

But I was not brave enough, it did not feel safe to vulnerable.

I grew up hearing how gay people chose to be gay, how they had a special type of demon that was particularly horrible. I asked my dad about same-sex attraction when I was 18 (never daring to mention that I was asking for myself) and he told me that the only true bisexuals were pagan witches. He had no idea that it was a real issue for me, and by inadvertently condemning me, he shut down the opportunity for connection and instruction. Obviously I never talked to him about that topic again.

I guess part of me had hoped that attitude was just my crazy separatist family. But here was a mainstream, church going, nice Christian, who was spouting the same hateful stuff my family always had, having no idea who was sitting right across the room from them.

This got me thinking about how often we shut down communication through judgement.
Harming and attacking people without even knowing what we are doing.

How many times have I been an uncomfortable witness to someone ranting about physical health. “How can anyone go to Mc Donalds when they look like that! If I was that fat I would just stay at home until I got a handle on my life.” or “It’s so sad to see people ruining their lives by being gluttonous. I hate when women act like being pregnant is an excuse to eat anything they want.” or “She’d be so pretty if she just got some self-control and lost a little weight.”

I guess they think it’s safe to talk about it because they don’t see anyone they consider fat in the room. Have they ever thought that there might be a person within earshot (perhaps even their own daughter?) who struggles with an eating disorder? All she ever sees when she looks in the mirror is a huge fat body. Do you think she will struggle to enjoy eating her hamburger at the church picnic that afternoon, sure that someone is watching her and judging. Do you think that she will vomit it all up later out of guilt? Do you think she’ll go home that night and stand in front of the mirror crying over her “gluttony”? Do you think she will ever feel safe to talk about her struggles with body image when she already knows what they think about “fat” people.

How many times have I heard people say outright that it is sinful to not have your finances in order. “How can people be so careless and get into debt? God tells us to be good stewards of our money!” or “Have you noticed the Johnson’s new car? There is no way they can afford that, they must be in debt up to their ears!” Never knowing the young couple they are commiserating with has been feeling overwhelmed with budgeting problems. Do you think that couple will feel brave enough to get help in managing their finances? What about the person behind them who is buried in debt from a gambling addiction. Do you think they are going to admit their problem any time soon? Or the kid that just got a gift of a car from his grandma, do you think he’ll be able to enjoy his grandma’s generosity now that he has to worry about people speculating on how he can afford it?

Or as this vivid blog post describes, how many young girls have felt pressured into getting abortions, just to spare themselves the judgement from people whose opinion they are already well acquainted with? So much judgement, so many opinions, often with no real understanding that the people they are criticizing are among them, around them, often completely anonymous.

If you have a strong opinion on something, reconsider if and how you say anything.
Because you never know who may be listening.

August 31, 2011 Spiritualizing the Night
Recent Comments
0 | Leave a Comment
Browse Our Archives
get the latest from
Nonreligious
Sign up for our newsletter
POPULAR AT PATHEOS Nonreligious
1