When You Are Everything You Were Taught to Hate

Patheos Explore the world's faith through different perspectives on religion and spirituality! Patheos has the views of the prevalent religions and spiritualities of the world.
A first time guest post written by my partner and spouse, Haley.

In the recent wake of North Carolina Amendment One to ban same-sex marriage; CNN had Tony Perkins the president of the Family Research Council, an evangelical think tank and political lobbyist group in Washington, D.C., on their show. The CNN host asked the 49-year-old father of five how he might handle one of his children being gay: “Well we would have a conversation about it,” answered the guest. “I doubt that would happen with my children as we are teaching them the right ways that they are to interact as human beings.” I’ve got very bad news for Tony Perkins. I grew up the right way. My parents honestly could have been the poster people of American evangelicalism. Now of course since I’ve come out as a transgender woman, the whole crowd will suddenly dismiss their parenting, claim they made some mistake or whatever. But no really, how could I have a more perfect evangelical upbringing? I was the child of a pastor, and my first career was as a pastor. I was homeschooled, a favored method of education by many American evangelicals. I remember going to the Family Research Council with my dad on a trip to Washington, D.C., and hearing about a program for freshman college students on public policy. My mother was a devoted stay at home mom. She did so much to care for me and raise me “right.” Honestly, I feel very crappy at times about how rough it has been for my parents to have their child come out as a woman when they’ve done it all right from the evangelical vantage point. Now sadly they live in a world where the Tony Perkinses of evangelicalism will tell them somehow they didn’t do it right. Every myth about how transgender people come to exist is absent from my story, and yet I am a transgender woman. Having grown up in the evangelical milieu sucks because even though my parents did everything “right” I am still a transsexual. I exist and for no other reason than that I am a transwoman, I am now everything I was taught to hate by the evangelical movement in America.

I grew up in an environment where many groups of people were a threat to God, the Bible, morality, and the created order of things. (And I want it clearly understood that not all of these teachings were explicitly taught to me by my parents; rather, they were taught by a religious system with a lengthy history, and even if my parents supported these ideas they were not their own novel ideas.) Growing up evangelical, I got the clear impression that men were the god-given leaders in life and society and that women’s place was as quiet and submissive mothers of children who preferably stayed at home. Women who didn’t live out that script were “bad examples.” Growing up I realized that gay people were a group to be shunned and avoided. They had “unnatural desires” and should be kept away from children. I learned that Catholics worshipped images and saints rather than God. (But Catholics can flip that around against Protestants as heretics, etc.) I learned that atheists and agnostics were angry and unhappy people who had unresolved issues in their life and couldn’t be trusted. I learned that more liberal Protestants didn’t follow the Bible and that divorced people had major issues and character flaws. I found that people with mental health conditions were rarely treated as if they had a real health condition, usually the suspected source of their “disorder” (the word even in psychology grates on me to this day) was demonic influence, a sin issue in their life, or a chemical imbalance brought about by bad diet, undiagnosed allergies or willfully engaging in addictions (as if that’s really possible).

Transgender people got horrible reviews from the evangelical world. They were supposedly delusional, and mutilated their bodies. “Perverted” was the number one word I internalized about being transgender. From around age 11 when I read a story about Christine Jorgensen (one of America’s first open transsexuals) in a history book and thought “that’s me,” I knew that all that disparaging language about transpeople was referring to me, at least if I was honest about my feelings and came out. That really stunk. I feel really bad about how many gay and trans evangelical kids grow up hearing horrible lies about LGBT people and know that the conversation is about them and that they are being labeled “gross”, “abominations”, “wicked”, or “Sodomites.”

Growing up evangelical, I was raised to be male, evangelical, heterosexual, and happily married to one woman with children. But no matter how much evangelical cultural pressure and “right” environment, I am female, free thinking, bisexual, and still happily married but in a lesbian marriage. I do have children, but from the vantage point of my religious heritage, I am now corrupting my kids and it would be better to the minds of most evangelicals that I didn’t have them so that they wouldn’t keep witnessing “my sin.” And the fact that gender dysphoria is a mental health condition on the books creates the specter that I am under demonic attack, or some unhealthy obsession and (once again) “sin issues”. Evangelicalism as a movement and thought pattern hits a brick wall with people like me. We are everything that the religious movement has spent so much energy trying to stamp out. We are the personification of everything wrong with a “godless age.” I feel bad for evangelical friends and family. I truly am everything their religious system taught them to hate or the very least get angry about. Many evangelicals seem to think that by coming out I am rejecting them, even though I am simply choosing to stop living in fear of beliefs that are just plain wrong. I did not choose to be transgender. But not accepting my identity was killing me. Now that I have accepted it my life has become more fulfilling. I actually want to wake up in the morning while for years the untreated gender dysphoria made facing each day a struggle.

I didn’t have a choice about whether or not I am transgender. Sane rational people don’t choose to become everything they were raised to hate. Receiving mental health care for transition confirms what I already suspected: other than being transgender and a history of gender-related depression I have no other mental health conditions. I am a sane person. Sane people don’t choose to be something which consistently creates very negative reactions in most of their evangelical friends, family, and acquaintances. Who wants their community of origin to think they are profoundly disordered or dangerous? Even if people want to believe transgender people are crazy (gay people were crazy until 1973 according to the APA), why be mean to a crazy person? Crazy people can’t help being crazy can they? Isn’t that the definition of crazy? No, the evangelical world wants to pretend we are a moral outrage against God and force us to “change”, because we aren’t crazy. LGBT people are a part of the diversity of the world. We have always been, and we will exist as long as humanity persists. And that truth demonstrates just how harmful evangelical teachings are about LGBT people. Evangelicalism in America has set itself up against a whole class of persons whose existence just is. I am transgender and no amount of discrimination, mistreatment, and demonization by the evangelical community is going to change that.

Being everything your cultural upbringing taught you to hate is a weird experience. My existence demonstrates the painful prejudices of the evangelical attitude towards many different groups of people as quickly as a mixed race marriage or a mixed race child exposes a racist. Every evangelical is vulnerable in their attitude toward virtually everyone who isn’t them. This world is a diverse place. We aren’t all born alike. And while parents may be able to superficially control their child’s appearance on the outside for a time, they are not able to control of who their children really are. 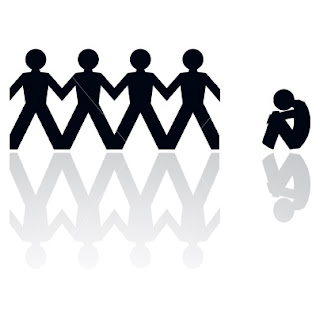 The evangelical cultural and political movement needs to come to grips with their unresolved “hate” issues. Tony Perkins may think teaching his kids the “right” way will make his family immune from kids turning out gay or transgender, but he’s wrong. Tony and all evangelicals need to figure out how to understand their doctrines in a way that no longer manifests hate just like they’ve started doing about hateful behavior regarding divorce, racial attitudes, and women. And for those evangelicals who say they don’t hate but rather simply disagree, they are refusing to accept how their behavior affects LGBT persons. If hate is the absence of love, how is persistent lobbying by evangelical churches and leaders in the political arena (which over and over again denies LGBT people civil rights and equality under the law) anything close to love? Talk to LGBT children of evangelicals, the moment they come out and be honest about who they are most evangelical families and communities distance themselves from them. Many Queer people aren’t invited to their own family’s weddings, baptisms, and funerals – how is that love? When LGBT persons call the treatment they receive from evangelicals in all avenues of life “hate,” what else are they supposed to call it? They certainly haven’t been feeling the love when Billy Graham takes out ads to take away their rights and make their life harder. They aren’t feeling love when they are excluded from their extended family events because they make people “uncomfortable.”

Evangelicalism can’t have a happy future waiting for it if it can’t change. How many more parents need to raise their children while being afraid that they are not teaching them all the “right ways” and therefore find their identity as parents threatened when a child turns out gay, loses faith, or has anything happen that is off the evangelical script? The fear of raising kids “right” is a huge burden for evangelical parents. How many more kids have to grow up fearing that they are everything they have been taught to hate? How many more families will be torn up over things that were never under the control of parents or their children to begin with? This nightmare lie of raising kids “right” needs to stop! No one should grow up and discover that they are everything they were taught to hate. 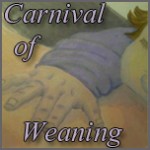 May 29, 2012 Mama Health: Motivation for Self-care
Recent Comments
0 | Leave a Comment
Browse Our Archives
Related posts from Permission to Live