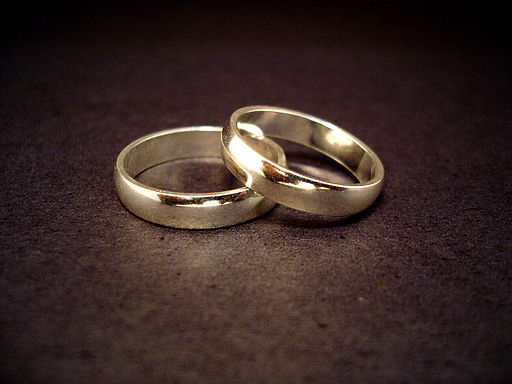 Just a few weeks back Rachel Held Evans (a fantastic christian blogger) put together a week of posts on the topic of Complementarianism and Egalitarianism. She called it the week of Mutuality, and many people participated in writing their own thoughts on women, marriage and church. There were so many posts linked at her synchro blog it was overwhelming, and with my 4 kids and super slow computer I had no time to read all of them. But I wanted to share the stories and ideas that leapt out at me. I urge you to go and read the rest of these posts, I have just linked a small portion of them which can only give a partial view of the great ideas and conversations going on here.

Here in her post “You don’t have to take your clothes off to be an Egalitarian”  Alise talks about how she always experience her marriage as mutual in the bedroom (something I never understood as part of the package in complementarianism, but I have heard many complementarians boast of) and how that influenced how she saw her marriage in general.

When we read 1 Corinthians 7:3-5, everything in that passage screamed mutual submission. We weren’t in charge of our own bodies, but we were to give them willingly, mutually to one another.

In this post, Sarah agrees that partners in marriage should be complementary, but asks why that always seems to be based in gender?

Egalitarians like to talk about Galatians 3:28, which speaks to the fact that all people are of equal value in Christ, including men and women. This verse states that both men and women are “one in Christ Jesus.” But there’s another verse in 1 Corinthians 12 which states that those who are “one in Christ Jesus” are different members of the same body. Some are the mouths that do the public speaking. Others are the brains that do the studying. Others are the arms that comfort, or the hands that create.

Not all people are the same. Complementarians are right about that, and I think that this is why we need the idea of complementarianism–to remind us that we are all different members of one body. But there are some things that need to change…

All good, until the end. As he wrapped up his message, this pastor asked that we pray for our shepherds. He asked the spiritual guides within the church to stand: “The elders, the deacons, the fathers, and the single mothers.” He repeated this short list. Around us those people stood while my heart fell. Jason widened his eyes at me, grabbed my hand, and stayed seated next to me. That’s what solidarity looks like: My wonderful husband, sitting if I cannot stand by his side.

Kristen talks about disrespect I have also witnessed in the church in her post “May I Introduce Logic to Emotions.”

“What do you mean they walked out?!” I shrieked.

I was twenty-one and in the college cafeteria after one of our mandatory chapel services. A brilliant woman had come that morning to teach us about loving orphans and vulnerable children in Vietnam and I had enjoyed every moment of her talk. My male lunch companion had just informed me that several of his male friends – upon seeing it was a woman at the pulpit – had walked out.

“Yeah,” he shrugged non-commitally. “It’s not a big deal, Kristen.”

“It’s NOT A BIG DEAL?!” I felt my temperature and temper rising. “But they walked out just because it was a woman!”

“Well, they’re just following what the Bible tells them to do.”

And here Liz talks about how she feels silenced by the complementarian views of the church. In her post “Screaming from the Pew”

I couldn’t wait to tell my father what I had decided. I knew that he believed teaching people about God was the most important job in the world. So that afternoon, while he was reading in a chair in our living room, I curled up next to him and made my announcement. “Daddy, guess what? I figured out what I want to be when I grow up. I want to be a preacher just like you.”

I remember how his face looked as he thought about his answer, like he was arranging the words in his mind before he let them out. His pause was my first inclination that he wasn’t as thrilled as I expected him to be at the announcement that I would be following in his footsteps. When the words came out, though, they were worse than the silence. “Well, honey,” he said very slowly, “In most churches, women aren’t allowed to be pastors. You could be a children’s director or something like that, but not a pastor.”

Here is an older post that I love from my friend Libby Anne where she responds to a complementarian commentor and gives one of the most distinct and powerful arguements for equality I have ever seen.

Let me ask a question. If I said that whites and blacks are different but equal, that whites are created to be leaders and blacks to be followers, what would you call me? If I said there is an ordained chain of command, and that whites are to lead while blacks submit, but that in their leadership they must lovingly take into account the needs of blacks, what would that make me? If I said there could be no democracy in a nation that was made up equally of whites and blacks, where each would vote for their own needs, and that therefore whites must make the decisions and choose the direction for society while blacks acquiesce, what would I be? A RACIST. And, when you make the same exact arguments on the basis of gender rather than race, you are a SEXIST. This isn’t equality. Let me say that again: this is absolutely and positively NOT equality.

And here is another more recent of her posts talking about the catch-22 arguement that so many christians will use to keep from having to hear anyone elses views but their own.

And finally here is my pick of Rachel Held Evans own posts on the topic, all of which are well written and thought provoking.

Is Patriarchy really God’s Dream for the World?

The question at the bottom of it all is this: Does patriarchy—(man’s rule over woman)—represent God’s ideal for the world, or is it a result of sin? The struggle is not between complementarianism and egalitarianism, or between traditional and non-traditional roles, but between patriarchy and equality.

I believe, with every bone in my body, that patriarchy is a result of sin, and that followers of Jesus are to be champions of equality. I believe it is our calling, as imitators of Christ, to reflect God’s new vision for the world, initiated through Jesus Christ, in which there is no hierarchy or power struggle between slave and free, Jew and Greek, male and female, for all are one in the family of God.

Complementarianism isn’t working—in marriages and in church leadership— because it’s not actually complementarianism; it’s patriarchy.  And patriarchy doesn’t work because God created both men and women to reflect God’s character and God’s sovereignty over creation, as equal partners with equal value.

Complementarians are Selective Too

In the complementarian manifesto, the Danvers Statement, egalitarians are accused of “accepting hermeneutical oddities devised to reinterpret apparently plain meanings of biblical texts,” resulting in a “threat to Biblical authority as the clarity of Scripture is jeopardized and the accessibility of its meaning to ordinary people is withdrawn into the restricted realm of technical ingenuity.” This is “accommodation,” the statement concludes, and “dangerous.”

On the Council on Biblical Manhood and Womanhood Web Site, Wayne Grudem warns that if Christians accept egalitarianism, “we will begin to have whole churches who no longer ‘tremble’ at the Word of God (Isaiah 66:2), and who no longer live by ‘every word that comes from the mouth of God’ (Matthew 4:4), but who pick and choose the things they like and the things they don’t like in the Bible.”

So Grudem claims that any selectivity whatsoever represents an arbitrary “pick-and-choose” approach to Scripture and a threat to biblical authority.

Unfortunately, his colleague and co-founder of the CBMW John Piper recently made a statement that reveals the fact that complementarians are also selective with the biblical text.

Women of Valor: It’s about Charactor not Roles.

For the project, I read multiple books that repeated these mantras of marriage, motherhood, and homemaking. After a while, I began to understand why they might be so appealing to women: In a culture that too often downplays the significance and challenge of homemaking, here was a celebration of it. In a world where women talk about being “just a mom,” here was an affirmation of the dignity of motherhood. This complementarian literature provided a much-needed reminder that God’s presence can be found in the day-to-day tasks of washing dishes and changing diapers and managing a home—something I, as an egalitarian, wholeheartedly affirm.

The mistake these complementarians make is not in saying that a woman honors God by serving in the home. The mistake they make is in saying that the only way a woman honors God is by serving in the home. In an attempt to honor the dignity of marriage, motherhood, and domesticity, they have inadvertently made these roles into idols. They have forgotten that the “God of all pots and pans” (as Brother Lawrence would say) is also the God of all board rooms and assembly lines and classrooms and office buildings, and that a woman can bring glory to God with her life whether is married or single, a mother or childless, a domestic champion or a woman whose talents lie elsewhere.

Rachel also includes a list or resources if anyone is interested in learning more about mutuality in marraige and the church.

June 27, 2012 Taking a break...
Recent Comments
0 | Leave a Comment
"As a new mom, even if my daughter is a toddler now, weaning is really ..."
Lynn Toh Weaning my Tandem Nursed Toddler
"So, I came across this post for the first time today, two years after it ..."
Sheila Warner Finally Heard? The Duggar Aftermath
"Just wanted you to know that I keep checking occasionally for updates, and I hope ..."
William Burns Brave New Life: Part 7: The ..."
"> How does that make sense?It saves them lots of money."
Tim Locke How I lost my fear of ..."
Browse Our Archives
get the latest from
Nonreligious
Sign up for our newsletter
POPULAR AT PATHEOS Nonreligious
1