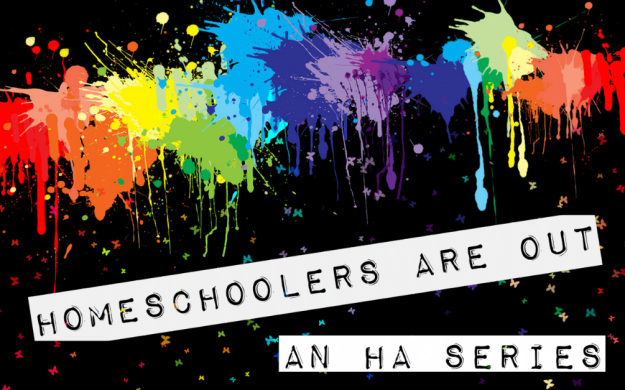 So it’s been over two months since my last post, and I hope to write about what has been going on lately soon. In the meantime, I have dipped my toes back into the writing world by writing a piece for Homeschoolers Anonymous.

They are having a homeschooled LGBTQ week, so be sure to check out the stories of other people who grew up homeschooled and queer, or grew up opposing gay rights and later became allies. If you read the posts prior to this week, Homeschoolers Anonymous is giving a voice to people who grew up homeschooled and have something to say about it. Some of the stories are heartbreaking, others are inspiring, but all need to be told, and all need to be heard.

Here is a clip from my post “Homeschooled and Kept Ignorant, But still Queer”

The attractions I thought would magically disappear after marriage, didn’t. I didn’t dare talk too openly about it, but sometimes it worried me. I was happily married, I was attracted to my spouse, but I was still very attracted to women and worried that I was a bad person for feeling the way I did. I had many other detrimental beliefs related to sex as well. I had an understanding that I was obligated to be there to service my husband’s sexual requests whether I felt like it or not. I had always been told that god had designed men with very active sex drives, and that if they were rejected by their wives, men would turn to pornography, or even another woman, and I would have no one to blame but myself. I had no concept of consent. In fact when I was first married I had made a promise to myself that I would never say no to a sexual advance from my husband, even if I was sick or exhausted. I also had a lot of anxiety about my worth being tied to how often my spouse wanted to have sex. When my spouse was too tired or just not really interested in having sex, I worried that I wasn’t attractive enough or wasn’t performing adequately. Sex was often one big ball of worries fear and second guessing.

Haley also wrote a piece telling her story ” I am Trans, and I am Beautiful”

Oddly, homeschooling in some ways had a couple of upsides to being transgender. And here is why. It was easier keeping up appearances around your peers when you only saw them at most a few times a week. I didn’t suffer some of the bullying that my trans sisters experienced in public school settings. Also the exclusive homeschool setting gave me opportunities to day dream and imagine. During these times I would often image myself as a woman. However, the homeschool setting was a terrible place to be transgender overall. You couldn’t meet other people like you and if they started giving clues they might be like you, they’d be kicked out of the church and the community. It has been fascinating as an adult to meet other queer homeschooled adults. We were there the whole time, it was just we all knew that saying anything about our identity would get us thumped and humiliated. I feared my parents somehow figuring out I was trans, I had read in Christian publications like World about therapies to try to make people straight. I knew these therapies sounded awful and I didn’t want to ever be subjected to them.

It feels good to be writing again! And I hope to keep it up. 🙂 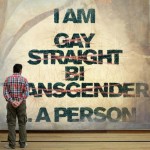 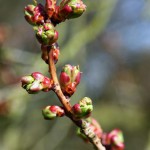 June 1, 2013 Substance and Spice
Recent Comments
0 | Leave a Comment
"As a new mom, even if my daughter is a toddler now, weaning is really ..."
Lynn Toh Weaning my Tandem Nursed Toddler
"So, I came across this post for the first time today, two years after it ..."
Sheila Warner Finally Heard? The Duggar Aftermath
"Just wanted you to know that I keep checking occasionally for updates, and I hope ..."
William Burns Brave New Life: Part 7: The ..."
"> How does that make sense?It saves them lots of money."
Tim Locke How I lost my fear of ..."
Browse Our Archives
get the latest from
Nonreligious
Sign up for our newsletter
POPULAR AT PATHEOS Nonreligious
1