Cucumber Recipes for the August Garden 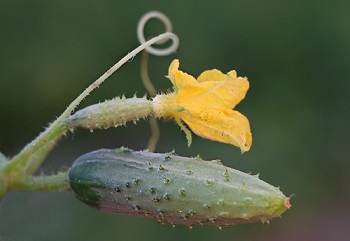 It’s August and in Central Michigan the farmers’ markets are in full swing. There are family reunions taking place and end of summer gatherings held at a moments notice.

Its also time to pick up speed harvesting the veggie patch. I’ve tried to keep my garden under control with only one or two plantings of a vegetable type, and still there is plenty to give neighbors or donate to food shares—I’ve watered a lot during this year’s drought, so there’s that adding to the abundance.

The tomatoes are still green (there will be a lot of them ripening all at once!) but the Straight Eights cucumbers are freakishly productive—unwittingly I planted three hills. With a bumper crop coming on faster than I can give them away, I made a couple of my favorite cucumber recipes. Thought you might enjoy them too!

This cucumber salad is a single person’s size, but can be double or triple as needed. Keep in mind it only keeps for 24 hours and then separates becoming watery…cucumbers are like that, you know.

This next recipe is a quick salad, and my favorite! Though the measurements are flexible, it always comes out perfectly fine: two parts sour cream to one part mayo. It too separates, though because it lacks vinegar not quite as bad. I’ve eaten it up to three days out by just draining the water off the top.

2 tbl. dill weed (for each additional cup of sour cream/mayo, add another tablespoon)

The following recipe will keep for a week! I highly doubt these addictive little crunchers will last that long. I love the crispiness of the cucumbers and the cooling flavor of this salad.

COMBINE: Mix until sugar is dissolved

In a 2-quart, sealable glass container toss onions and cucumbers with dill. Pour liquid on top, cover and let set for 24 hours (well, okay, 10 hours if you want them with dinner).

This recipe takes more time, but is well worth the effort. A familiar summer-time fare in my kitchen.

Combine all ingredients, cover and chill for 4 hours. Yields 8-12 servings.

I have often substituted home canned or frozen tomatoes for fresh, but then reduced the juice by 8 oz. The vinegar combinations can be whatever you have on hand, except for white vinegar which is too harsh for this recipe. It is a nice change of taste to use red bell peppers, or English cucumbers with their skins on.

I hope you enjoy these recipes. May God bless you with enough to share.

March 28, 2017 Joy in Dying, Looking Beyond the Light of Day
Recent Comments
0 | Leave a Comment
"Thank you, Margaret. With all the ugliness that's happening right now, some up-close beauty from ..."
Barb S Decompressing; Photos in a Garden
"Who can pay even that!?"
Nina Stout Medicaid Burn: Spend Down What?
"This is a haunting and beautiful piece. Thank you, Margaret."
Michelle Mercy and Full Moon Crosses
"Beautiful, Margaret. Thank you."
Dena The Epiphany and the Gift of ..."
Browse Our Archives
Related posts from Morning Rose Prayer Gardens 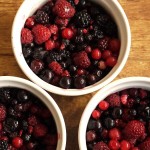 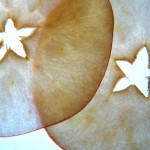 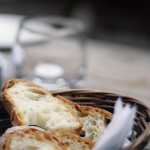 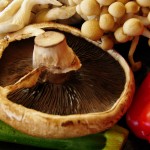