Remember the website on which an anonymous woman claimed she was 7 weeks pregnant and offered not to have an abortion if people donated $1 million to stop her?

Well — Surprise! — “she” is a he who has other questionable internet sites.

If you click on the website now, you’ll find a claim that the earlier site was an “augmented excerpt” (whatever that is) fro a novel.

In short, the whole thing is a hoax.

A supposed demand by a woman on an anonymous web site who wanted pro-life people to give her $1 million to stop her from aborting her 7-week-old unborn baby turned out to be a hoax. As LifeNews originally reported last week, the web site in question is registered to a person living in Japan who cybersquats domains in an effort to build traffic and sell them at a higher price.

Supposedly, a 26-year-old woman who wants to remain anonymous has shared online that she is seven-weeks-pregnant and plans to have an abortion on July 10th. However, if pro-lifers can raise one million dollars in 72-hours she says she will not have the abortion and place the baby for adoption.

She selected 72-hours intentionally because she wanted to draw attention to the laws that recently passed requiring women to wait 72-hours prior to an abortion.

But is the abortion ransom just a ploy to draw attention to the pro-abortion side of the abortion debate? The tone of the woman’s missive suggests she’s an abortion activist rather than a pregnant woman who’s truly struggling with an unplanned pregnancy as it employs some of the verbal rhetoric typically coming from pro-abortion groups like NARAL and Planned Parenthood.

Further investigation made it appear the web site itself is nothing more than a hoax.

The allegedly pregnant-woman’s web site is registered to a man named Michael Weber who supposedly resides in Japan and the domain’s email contact for the domain is registered to the same Japanese-based man under an address in Tokyo. Here is what a WHOIS search shows. 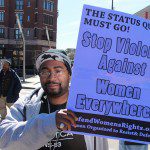 July 7, 2015
Many Rape Victims Have a Bit of Trouble with St Maria Goretti. Here's Why
Next Post 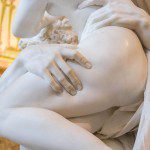 July 8, 2015 What if We Took a New Look at the Story of St Maria Goretti?
Recent Comments
4 Comments | Leave a Comment
Browse Our Archives
Follow Us!

Hero Worship Fails: Jean Vanier Falls
Hero and living saint?—no, just a fellow dying inmate in the mental...
view all Catholic blogs
What Are Your Thoughts?leave a comment