I Oppose Another Needless War

I’m going to take a break from book-writing to go on record in opposition to the recent bombing in Syria and the subsequent escalation of United States involvement in that war. I do not want there to be any confusion about where I stand, going forward.

I gather that this recent bombing of Syria, which was a unilateral act by the President without Congress either being consulted or having anything at all to say about it, is a very popular action among the talking heads and war hawks. That is to be expected.

Certain cable news networks are always agitating for this nation to go to war with somebody, anybody. This has everything to do with corporatism and making money for the few by shedding the blood of the many. It is not a response to threats to the American people. It is a desire to make money off wars, to kill on a mass scale for cash.

Wars are almost always popular — sometimes wildly so — at their beginning. Later on, not so much.

This nation has been economically at war since 1941. That, and not Medicare, is the reason why we have such a huge deficit. It is also why we have, over time, forfeited much of our democracy to a presidency which has become an elected dictatorship.

What President Eisenhower called “the military industrial complex,” and what some people now call “the deep state” profits from this. These same people have taken a strangle hold on both our political parties. One of these parties is frankly and outspokenly in favor of draining the people dry in order to enlarge the already vast wealth of a few. The other party talks a different talk, but bends its knee to the corporatists to raise campaign cash.

Corporatists have successfully sold a lot of the people on the ridiculous idea that spending the tax payer’s money on the tax payers is somehow or other socialism, but putting the entire government treasury and military might at the disposal of the very wealthy and the corporations is godliness. They do not invest in building this nation, or its people. Their favorite and most dependable activity is war, war, and more war.

For 76 long years, this nation has been armed to the teeth and ready for war. The usurpation of the war making powers which, according to the Constitution, belong to Congress, by a single person, i.e., the president, has put a hair trigger on this vast war-making power.

I oppose the bombing in Syria. A few years ago, when confronted with almost the same situation, President Obama chose to ask Congress for permission before bombing. The result was a sane refusal to put this nation at war in a war that we clearly cannot win. None of us has suffered because of that refusal to get this nation into that war. We have been better off for it.

From a military and diplomatic viewpoint getting into the war in Syria is a fool’s errand. It is a quagmire that can only suck this country deeper and deeper and deeper into an unending war that will drain us dry. In addition to this, the bombing which President Trump unilaterally ordered has the net effect of strengthening ISIS, since they are on the other side of the conflict from the position he has taken.

If you want to send your children to war with this man as their Commander and Chief, then I can not stop you. I can not and am not trying to persuade war hawks who are drunk on the joy of bombing people and showin’ em a thing a two that involving this nation in that war is a bad, bad, bad call.

War hawks just want war. They don’t much care about the circumstances or the reasons. They constantly agitate to get into this or that conflict around the globe. They do not fight these wars, and due to our invidious tax system which so heavily favors the rich and powerful, do not pay for them either.

That falls on the little guy in this nation. In World War II, our soldiers came from every economic strata and position of power. In World War II, arming this country was paid for from a tax structure that required the wealthy to contribute to the treasury, the same as everyone else.

None of that is true now. We the little People pay for these wars in every single way there is to pay. It is our blood and our coin. The people who constantly try to dream up a reason for America to get into another war profit from them. They do not fight them. They do not pay for them.

I am opposed to the bombing in Syria. I want to go on record saying that. I do not want any confusion about where I stand to arise in the future. 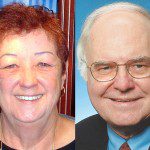 April 10, 2017 The Lives of Norma McCorvey and Michael Novak Testify to God's Mercy
Recent Comments
32 Comments | Leave a Comment
Browse Our Archives
get the latest from
Public Catholic
Sign up for our newsletter
POPULAR AT PATHEOS Catholic
1

The Problem of the Trump Rally...
Steel Magnificat
Related posts from Public Catholic

My Struggle With Creationism
In elementary school, I used to spend countless hours in the library...
view all Catholic blogs
What Are Your Thoughts?leave a comment

32 responses to “I Oppose Another Needless War”