Pray for Rush Limbaugh. He is giving us an example of how not to die.

Pray for Rush Limbaugh. He is giving us an example of how not to die. April 20, 2020 Rebecca Hamilton

I’ve been hesitant to write this. Rush Limbaugh is facing death from advanced lung cancer. I absolutely do not want to attack him or do anything that would harm him.

At the same time, his behavior at this time in his life is such a bad example that I’ve decided it’s important to say that it is a bad example. He is giving all of us a terrible example of how to face death.

He is a very prominent man with a huge number of worshipful followers who track along behind him, believing everything he says and doing whatever he tells them to do. It’s important to point out that his behavior is not something any of us should imitate.

We need to join together and pray for him. He is in terrible peril, and not just from the cancer that afflicts his body.

Mr Limbaugh announced a few months ago that he was suffering from advanced lung cancer. My heart went out to him when I heard this.

Cancer is a terrible disease, and lung cancer is one of its worst manifestations. My husband’s uncle died of lung cancer. I saw the way it kills. I added Rush Limbaugh to my daily prayers as soon as I heard about his illness. I hoped then and hope now that he defies the odds and recovers.

However, those odds are against him. He has a killer disease in its advanced stage. That is a tough boogie for anyone. It puts a person nose to nose with their own mortality.

A few years ago, I got a phone call from someone from my past. This individual had done a dastardly thing to me. He was the stuff of my nightmares.

When my phone identified the caller, I just let it ring. Of all the people in all the world, he was one of the ones I least wanted to talk to.

This man was a terrible person. He had committed grievous sins against God and other people.

But he died good.

When he faced his end, he found the humility and the faith to repent and to take that extra step and ask for forgiveness from the people he’d harmed. I have no doubt that I will see him again in heaven and that the bad things he did won’t matter to either of us then.

That’s how you die if you want to live forever.

Rush Limbaugh appears to be going the other way. I’ve read stories of him down-playing the dangers of COVID-19.

I don’t see how a man as well-connected and intelligent as he is could be misinformed. I think he was deliberately lying and that he understood the potential consequences of those lies. Given the power he has over his listeners, he may have induced some of them to take unnecessary risks that resulted in them becoming infected. I think he understood this when he said these things.

COVID-19 is not advanced lung cancer. But it’s still a tough boogie. It is very contagious and there is no treatment for it or natural immunity to it.

It kills a lot of people. It leaves many of its survivors with permanent lung and heart damage. Nobody wants this virus for themselves. Nobody with a conscience would do anything to encourage people to expose themselves to it.

I wouldn’t be surprised if Mr Limbaugh has said other hurtful and irresponsible things in the past few weeks. I don’t follow his work, so I only know the things he says that make headlines.

I do know that I would not want to go to the grave defying the Lord in this way.

Make no mistake about it, lying and inducing other people to do things that harm them and endanger their lives is defying what Jesus told us to do. If you’ve ever read the Gospels, if you have the least acquaintance with Jesus’ teachings, you know this.

Jesus said that we would be judged according to how we treat other people. He was absolutely clear about this.

Rush Limbaugh is in a perilous place in life. He is facing death.

Do as much good for other people as you can. Work always for the common good of all people, even if it means taking tough stands. Save every life you can save. Love those you are called to love, ask for forgiveness when you harm someone, pray for the grace to forgive those who hurt you and trust God with every challenge you face.

I believe we are called to pray for Rush Limbaugh. I cannot imagine how wretched he must be to behave like this. He is our brother and he is in peril. Do not follow his example. But do not turn condemnation on him either.

Pray for him. Pray for his conversion. Pray that he will repent, change, confess and live forever.

April 20, 2020
Trump is Behind the Protests Against Governors. He is Using Brown Shirt Tactics Against America.
Next Post 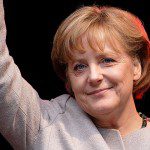 April 20, 2020 Germany Says Its Coronavirus Outbreak is Under Control
Browse Our Archives
get the latest from
Public Catholic
Sign up for our newsletter
POPULAR AT PATHEOS Catholic
1

St. Maximos, The Will, And Universal...
A Little Bit of Nothing
Related posts from Public Catholic

Take Up The Cross And Follow Jesus
Then Jesus told his disciples, “If any want to become my followers,...
view all Catholic blogs
Copyright 2008-2020, Patheos. All rights reserved.