Simon was a sorcerer, a rather famous and successful sorcerer.

Evidently, Simon was also at heart an honest man. When he encountered St Philip, preaching the Gospel and doing great works in Jesus’ name, Simon didn’t, as the idol maker for the goddess Diana later did to St Paul, rile up a crowd and try to get Philip killed.

What Simon did instead, was convert. But Simon’s conversion was much like yours and mine. It was incomplete and lacking in full understanding. Simon was destined to grow in faith by falling down and then getting back up. He was also given to big fails in comprehension of the full meaning of this following Jesus thing. Lucky for us, Simon’s fails resulted in important teachable moments.

There was in that area of the country, a group of new converts who had been baptized into Christ. But they had not received the Holy Spirit. Peter and John prayed for these newcomers to the faith, asking that they receive the Spirit. Then, they laid their hands on them, and the converts were filled with Holy Spirit. Scripture doesn’t tell us, but I would guess they were starry-eyed as this ecstatic divine love that is beyond description poured into them.

They must have given convincing outward signs of this rapturous experience. I say that because Simon, who witnessed the event, was immediately taken with it. He immediately saw the possibilities for himself and his sorcery business.

He asked how he could buy this Holy Spirit installing power that the Apostles had exhibited, so that he could add it to his professional repertoire. I’m sure it seemed to him like a natural and right thing for him to request.

St Peter reacted the way anyone who understood their proper place in the order of creation would react. He was appalled. He was also still Peter the blunt and tactless, just like he had always been.

“May your money perish with you for thinking God’s gift can be bought!” he said. “Pray for forgiveness for I can see that you are not right with God and you are full of bitterness and sin.”

Once again, Simon reacted in the right way. “Pray to the Lord for me,” he asked Peter.

Simon was ignorant of the awesome nature of God. But he wasn’t a fool. He learned. And he believed. Most important, he was willing to change.

Simony had its hey-day in the run-up to the Reformation, when the Church had become so corrupt that it was selling “indulgences” or what became Get Out of Purgatory Free Cards for money. The Pope of that day also had a bad habit of extending blanket absolutions before the crime to those who would commit what are grievous sins such as political assassination of those he deemed to be the Church’s political enemies.

The Church of that time was political, and it was corrupt. It had lost both its pastoral and its evangelical fervor and was focused on empire. Its kingdom, unlike the Kingdom, was most definitely of this world.

Simony, which gets its name from Simon the Sorcerer’s attempt to buy the power to bestow the Holy Spirit, had become an institutionalized sin with vast political and money-earning ramifications. Then as now with the clergy sex abuse scandal, it so tainted the moral and prophetic voice of the Church that vast numbers of people who believe in Jesus with all their hearts reacted to ecclesiastic authority with alienated cynicism and disgust.

The Reformation could not have succeeded to the extent it did if the common people had not welcomed it. The “new” teachings spread like wildfire, and all the burnings of heretics and Auto de Fes could not put that fire out. There were, to be sure, scattered popular uprisings against the abuses that occurred in the name of the “new” religion. Henry VIII faced an uprising in Northern England over his closure of the monasteries. But for the most part, the English, just like the people in Germany and elsewhere, accepted the change.

I think that the corruption in the Church, coupled with clerical abuse of the lower classes and clerical indifference to their own teachings as they applied to themselves was why the common people did not erupt in resistance to the Reformation. I think the high-handed, distant and exclusive form of Christianity that the priestly class had allowed the mass and the Church to become is why the common people developed underground movements that enabled the “new” religion to grow.

The Church had become like Temple worship in Jesus’ day when the priests shut the Kingdom of heaven in people’s faces, (and) neither enter themselves or allow others to go in.

God allowed the Reformation. I think the reason He allowed it is the same reason that He allowed the exposure of the worldwide corruption of the Catholic Church’s practice of allowing, enabling and protecting sexual abusers.

I think there comes a moment when God just says Enough.

I think that the institutionalized and highly profitable sin of simony which the Church was practicing at the time of the Reformation became such a hardened practice of sin that God said Enough.

I think that the indifference to rape and sexual assault in the Church has become so endemic, such a hardened practice of clerical sin, that God has once again said Enough.

I’m going to talk about the sin of Simony again, in a more current context than the Reformation. It is alive and well today, and it is, as it was then, tied to a Church that has corrupted itself by politics.

But for today I’m going to focus on the other side of it, which is the big difference between Simon the Sorcerer and the Catholic bishops.

Peter told Simon that he was sinning. Simon didn’t call down thunderbolts on Peter. Simon repented.

“Pray for me,” he asked Peter.

Unlike the bishops, Simon didn’t have the long training in theology and 2,000 years of Christian teaching to understand his sin. He had blundered into it through ignorance. He didn’t know God, but he was learning.

However, Simon was willing to admit he was wrong and change. Instead of arguing, he simply said, “Pray for me.”

The bishops don’t have any of Simon’s excuses. They know quite well that they are wrong to support rape and rapists. They know they have sinned. They know that supporting rapists and misogynists for high positions is a sin and that referencing the politics of other sins does not excuse or allow it.

There are choices that you refuse to make. You just say “no” and let the chips fall. The bishops either don’t have the faith for that, or they don’t care.

I’m going to talk about simony quite a bit more. But for today, let’s consider one point.

He can give you over to your sins. The Holy Spirit will withdraw from you and not trouble you about your sins any longer.

Don’t put the Lord your God to the test.

June 17, 2021
You Can't Support Rapists and Sex Abusers and Say You Speak for God. It Does Not Grok.
Next Post

June 18, 2021 Bishops Move to Excommunicate the Prez. Somewhere Jack Chick is Saying I Told you So!
Browse Our Archives
Related posts from Public Catholic 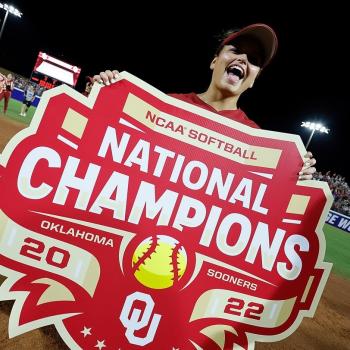