The Myth of the Irrational Voter

Voters are inherently irrational. They are moved by emotions, not facts. Their biases cause them to make bad political decisions. We need to shape our political process around their irrationality, and manipulate them to get them to make more rational choices.

Or so claim many pundits, politicians, and scholars. Are they right?

These analysts make some valid points. Still, their overall depiction of the “irrational voter” is a myth.

Yes, research in psychology, cognitive neuroscience, and behavioral economics shows that we have a number of thinking errors that can cause us to make irrational decisions. We tend to think of ourselves as rational creatures who form our opinions based on logical facts. In reality, our emotions play a much larger role in influencing our beliefs than we intuitively perceive.

Politicians skilled in the psychology of persuasion can take advantage of our thinking errors to manipulate us. Unless we are paying attention, we are highly likely to be influenced by their appeals to these flawed patterns of feeling and thinking, and make biased political decisions.

Fortunately, we are not doomed to this fate of irrationality. Recent scholarship has shown that we can train ourselves to be less biased and more rational, including in our voting. Doing so requires some work to get away from our intuitive thinking errors. Yet considering how valuable our votes are – each vote is worth hundreds of thousands of dollars – it is vital for each of us to put in the effort required to make a wise decision with our vote.

For example, many people tend to vote for a candidate by their gut intuitions of whether a candidate looks presidential and other “likeability” factors. This is known as the famous “who would you rather have a beer with” test, a question that is commonly tested in the polls. However, candidates are quite strategic, and – just like candidates in job interviews – try to manage the image they project to voters of how “likeable” they are.

We have plenty of scholarship showing that an intuitive estimation at the gut level of likeability in job interviews is a very poor predictor of future job performance, and the same goes for presidential candidates. Voters using their gut intuitions – the “beer test” – are likely to be fooled. This is especially problematic for female candidates who have to walk a tightrope between appearing likeable and competent, a problem not faced by male candidates.

So do we then not allow our emotions a role in our voting decisions? No, of course not! Our emotions make us who we are as individuals.

We just need to avoid a situation where our emotions cause us to make biased decisions by allowing candidates to manipulate us. After all, we are not going to be having a beer with the candidate we elect. Since we know that evaluating candidate personalities is an area of weakness for us, we need to let our emotions play a different role.

Instead, our emotions should determine our values and consequently the policies we support. We can use our emotions to guide us on shaping our perspective on the relevant political issues and get a good read on ourselves through taking a political typology quiz.

Next, we should turn to our rational thinking to compare our positions on the issues to those of the candidates. If we are substantially closer to either of the two major party candidates, we can simply go with that, unless we have strong doubts about the fitness of that candidate for office.

If we are closest to a third party candidate, the bad news is that this candidate will almost certainly lose. So if we want our vote to make an impact in determining how hundreds of thousands of dollars are going to be spent, it is wise to choose a major party candidate, whoever is closest to our policy preferences. Some people also swap their vote with someone in a swing state to make an impact while ensuring a vote for their preferred candidate.

Now say your policy positions are between the two major party candidates, or you think your preferred major party candidate may not be fit for office. This is the only appropriate time to evaluate a candidate’s personality. However, I strongly urge you to not trust your gut on this!

For instance, most voters tend to perceive Donald Trump as more trustworthy than Hillary Clinton, despite nonpartisan fact-checkers such as Politifact showing that Trump lies much more often than Clinton. This is because the Trump campaign has successfully manipulated many voters into believing that Clinton is less honest, in spite of the evidence that she is much more honest by comparison to Trump. The Trump campaign did so through the illusory truth effect, a thinking error in our minds that happens when statements are repeated many times and we begin to see them as true, despite these statements being false.

Research shows that we tend to be way too confident in our political evaluations when going with our gut, and this is why we need to rely on experts when evaluating candidate’s personalities, such as fact-checkers, not our intuitions. Using the judgments of experts, evaluate which of the candidates will be most effective in governing the country and implementing your preferred policies if elected. Then, go with that candidate.

This simple step-by-step process can empower us to make truly rational voting decisions that align our values and emotions with our thoughts and our actions. By doing so, we can show all those politicians, scholars, and pundits that they are wrong to proclaim that voters are irrational and should be manipulated for their own good. 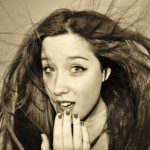 November 2, 2016
Your Vote May Be Worth Millions!
Next Post 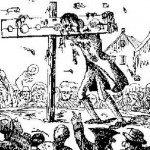 November 7, 2016 The Power of Religion and the Secular
Browse Our Archives
Follow Us!

Skepticism White as the Driven Snow
The Center for Inquiry doesn't like to be told that they're failing...
view all Nonreligious blogs
Copyright 2008-2020, Patheos. All rights reserved.