Cultivating Economic Peace in an Age of Instability 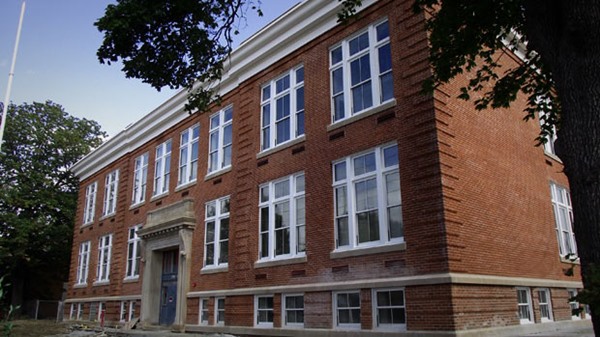 I turned on the radio this morning, and the airwaves were full of speculation about whether the U.S. economy would default, and if so, when…

In sharp contrast, I am pleased to share this stunningly poignant piece that my friend Jim Aldrich recently wrote about how we have tried to cultivate a different sort of economy as a church community at Englewood Christian Church. The convictions that Jim expresses here lie at the heart of what we describe as the Slow Church economy.

Twenty or so years ago we (at Englewood Christian Church) began a prolonged conversation; one that continues at various times and with various conversants, but which is sustained by the imperative to live out a faith consistent with our claims (Editor’s note: the story of our conversation as a church has been told in the recent book The Virtue of Dialogue). The conversation has always been open to whoever happens by, and starts and stops as the other events of our lives demand.

The conversation is about anything—everything, really. Because everything is exactly what the Kingdom of God is about; the stuff of life and our use of and engagement with that stuff. One of those things we began talking about, 20 years ago, was economics. We live in a broad national community that has adopted a very particular economy, one we find difficult to reconcile with our faith in God. Recognizing we also belong to another, very particular, community, we talked about the need to live in another economy, one which reflects the wisdom of the community of God. (A first and necessarily prior conviction is that this church is essentially a community whose role in culture is to provide a contrast, alternative and confrontation to the other communities of our age.)

We tried to imagine an economy informed by the narratives of scripture, one bearing witness to the reign of God. It would be made of the same ingredients as the dominant economy: the same money, jobs, buying and selling goods and services. We weren’t going to try to roll back to a subsistence economy, or a household economy, or barter, or self-reliance. What was needed, we thought, was an economy not based on the goals, values and practices of this age, but one based in the life and teachings of Jesus, as revealed through scripture and the life of Christian communities through the ages.

An economy driven by such a direction seemed to be one in which all are taken care of; none acquire wealth at the expense of the others; all have what they need to live on; excessive consumption is not valued but a shared communal life is; mutual dependence is pursued; true costs are measured; all are called on to participate; we avoid categories that place some in the role of service provider and others in the role of service recipient (volunteer, minister/ministry, needy…). We assume we have all we need to take care of each other as brothers and sisters, fellow members of Christ, the living expression of the grace and provision of God.

Our economic conversations were about how much any activity is worth, what it costs to do, how much the person it’s being done for can afford, and how much the person doing it actually needs to in live on. Our thought was that we should charge what a thing really costs, not what the market will bear. We do what we do, not to make money, but to care for those who have been poorly or abusively cared for. Or uncared for. We saw that most of our people have been victims of various predatory business practices, and have assumed certain economic facts that may be true in “this age”, but are absolutely not true in Christ.

We don’t all get paid the same—some have greater need than others. So one worker without a car, mortgage or dependents, will not expect to be paid as much as one with children at home, and all the costs normally part of having a household. Our practice of these things is imperfect. Not all among us are “all in”. In fact, none of us are 100% in, but the way we discover how to commit more fully is to participate, and to deal with the tensions as they arise.

We have abandoned the pursuit of money. We believe that pursuit a poor substitute for pursuing the kingdom of God. Working for the common good, because we care for one another and the mission of God, offers different—and greater—rewards than working for money. But that, of course, is nonsense to those who have chosen money as their value, goal, unit of measurement, and criteria for evaluation. “a rich man’s wealth is his strong city, and like a high wall in his imagination,” the proverbs read (18:11).

None of us get paid as much as if we worked the same jobs for another agency, or if we had pursued employment in our areas of education. But we’re all doing fine. We live in houses, eat regular meals, buy clothes, cars  and cell phones, and even have enough left to eat out, take vacations, buy Christmas and birthday gifts, and act generously. None are destitute, or even close, though perhaps some of us don’t always make the best choices with the money we have. We don’t have well stocked retirement accounts lying about, and we don’t make frivolous trips to the doctor, but we have all we need to take care of our responsibilities, to take care of each other, and to provide a witness to the watching world of a people living free of the fear of “financial insecurity”.

If we have misread the scriptures or the traditions of the faithful we would like to have that pointed out. If we have abused one another in this matter of salaries and wages, show us where. We have been working under the notion that we are doing fine, but if the witness of this body has been diminished, or if by denying ourselves the things this age holds dear we have actually been self-indulgent, perhaps we should repent.

If we are to be a genuine community, living out the realities of the reign of God, we must confront our own personal and cultural values. If we are to be a community that witnesses to a different set of priorities, alternative ends and particular practices then we need to not only talk it but live it out in plain sight and real matters. If such a community does not exist in sight of and among all the other communities of this world, no real option exists. 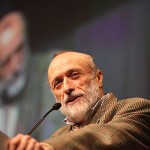 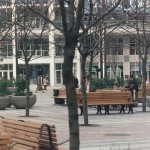 October 21, 2013 Is It Time for Post-Partisan Politics?
Recent Comments
0 | Leave a Comment
"Every normal person wants to help those in need as we can.Church groups have the ..."
Bob Shiloh A Politics of Hope in the ..."
"Hi Abe; Are your mom and dad, Kath' & Tony? If so, then you have ..."
Steev Rush Garrett JPUSA: A Tragic History of Sexual ..."
"https://www.christianbook.c...One of the best books I've ever read!"
Nimblewill Reflecting On The Worst Christian Book ..."
"Yes...but I think you commented in the wrong post. ^^;;"
The Mouse Avenger Remembering Mr. Rogers.
Browse Our Archives
Related posts from Slow Church 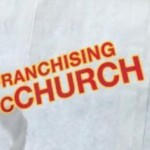