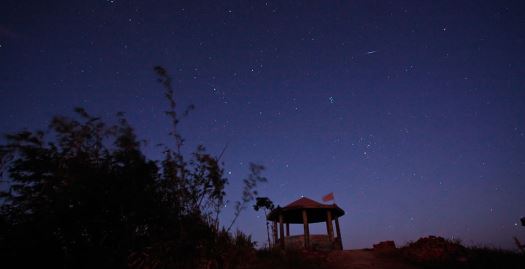 
I’ve recently read Fred Lehr’s book on Clergy Burnout.  What’s striking about this book is that he describes burnout not simply as function of unhealthy clergy, but as a codependent relationship between pastor(s) and laity. Congregations that expect their pastors to over-perform are often enabled to do less work than we have been called to do as members of Christ’s Body. Lehr also suggests that the journey from unhealthy congregations to healthy ones is marked by a shift in the clergy/laity relationship from codependency to interdependence.

One way of describing what John and I have offered in the Slow Church book is a vision of what it means for churches to mature as healthy, interdependent communities.  Recognizing the many ways that our deep brokenness as individuals, churches and societies is manifested in unhealthy congregations, we believe in God’s transforming power and in the possibility of cultivating congregations that are healthier for both pastors and laity.

Five years ago, as an alternative to the nationalism of the 4th of July and to the problematic concept of independence, Ragan Sutterfield, Brent Aldrich and myself, suggested that Christians should instead celebrate INTERdependence Day. I’m more convinced now than ever that we need to be guided by a vision of interdependence rather than one of independence. Our autonomy (and that’s what the American concept of independence has been reduced to), is literally killing us — breaking up our families, our neighborhoods, our churches, destroying the land, the water and the atmosphere.  We need a different way, and I am hopeful that churches are where we begin to demonstrate interdependence.

One of the most significant books in my theological formation was Madeleine L’Engle’s A Stone for a Pillow, which I probably read more than a dozen times over a period of about 5 years in my early twenties.  Her expansive depiction of God was immensely helpful to me, but even more, the eloquent way that she describes the interconnectedness of creation has stuck in my head all these years later.

The stars are often referred to in Genesis. El Shaddai took Jacob’s grandfather, Abraham, out into the desert night to show him the stars and to make incredible promises. How glorious those stars must have been all those centuries ago when the planet was not circled by a corona of light form all our cities, by smog from our internal combustion engines. Jacob, lying on the ground, the stone under his head, would have seen the stars as we cann0t see them today … If we look at the makeup of the word disaster, dis-aster, we see dis, which means separation, and aster which means star.  So dis-aster is separation from the stars.  Such separation is dis-aster indeed.  When we are separated from the stars, the sea, each other, we are in danger of being separated from God. (17)

Perhaps I may not personally cheat the government, consider the poor expendable, murder, steal, mug or rape. Perhaps I may not use a knife with the intent to injure or kill. Perhaps I try to eat a diet suitable for a small planet.  But can I separate my own health from the rest of the world? my own good nutrition from the poor nutrition of billions?  my longing for peace from the warring in the Middle East or South America or Ireland or anywhere else at all?  In a universe where the lifting of the wings of a butterfly is felt across galaxies, I cannot isolate myself, because my separation may add to the starvation and the anger and the violence.

I am not burdening myself with a lot of guilts which are impossible for me to resolve. But to separate myself from the suffering of the world is dis-aster: If I call myself “good” is that not separation?  Jesus said: “Why do you call me good? Only my father is good.”  (52-53, emphasis added).

John and I are deeply convinced that our calling as churches is to bear witness to the interconnectedness of creation, and to the healing work that God is doing, mending the creation that has been — and continues to be — shattered by human rebellion, the kind of rebellion that goes against the very nature of creation, that believes that we can live autonomously.  Slow Church is our attempt to point churches in the direction of interdependence, to challenge ourselves and all of God’s people to seek to embody a different way: interdependence, not independence.

Celebrate INTERdependence Day this year, start reading the Slow Church book, or if you are reading it already, start discussing it with friends in your church, imagining together how you might live a more interdependent life, with one another and with your neighbors.  If you want some practical suggestions of how to start in this direction, check out the original list of ideas that Ragan, Brent and I compiled:

40 Ways to Celebrate Our Interdependence

June 25, 2014
Slow Church and the Missional Movement
Next Post 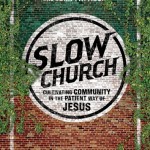 The Freedom to Harm is Not...
Divergence
Related posts from Slow Church