Black Pastors: “Who better can help us help ourselves than Donald Trump?”

Black Pastors: “Who better can help us help ourselves than Donald Trump?” December 6, 2015 Stacey Dash

And guess what?  Donald Trump did just that this week.  He met with 100 black pastors, many of whom serve in the inner city, because he said he wanted to hear from them.

And after the meeting several of the pastors joined Trump for a press conference.

Dr. Steve Parson, a minister in Richmond, Virginia, joined eight others at a Manassas rally to show their support for the Republican front runner.

“People ask my ‘why are you endorsing Donald Trump?’ Well, in my opinion, he’s the best and the only one that can beat Hillary Clinton,” Parson said.

“We’ve got to win and one thing about Donald Trump is that he’s a winner. He knows how to create wealth. As a black minister, we’re right in the inner city and I’ll tell you, we need jobs, we need employment, we need businesses, and who better can help us help ourselves than Donald Trump?” Parson asked.

The pastor joined Trump in New York on Monday during a meeting with about 100 black ministers from across the country.

I am so glad that Donald Trump took my advice to presidential candidates and is paying attention to the plight of those in the inner city.

I grew up in the Bronx, so I know firsthand just how much America’s inner cities need to hear a conservative and loving message.  They need to know that they matter to the Republican party and that we have a plan to help lift these neighborhoods out of poverty.

When you run for President, you’re running to represent everyone – of all political parties, all faiths, all races, and all socioeconomic backgrounds. There are few things more important than listening to all groups and bringing your message to all groups if you hope to be a successful candidate.

You can watch more from the press conference here: 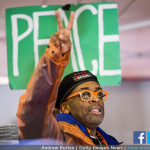 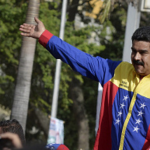 December 10, 2015 Great news! Venezuela throws out socialism (so WE definitely shouldn't embrace it!)
Recent Comments
4 Comments | Leave a Comment
Browse Our Archives
get the latest from
Politics Red
Sign up for our newsletter
POPULAR AT PATHEOS Politics Red
1