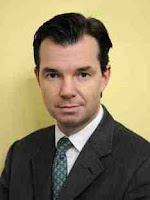 
It has come to my attention that there is some doubt in some people’s minds about the validity of the papal election of the ‘pope’ Benedict XVI in Rome. Followers of my writings will not need to be reminded that what appears to be a papacy in the Vatican City, (Citta Vaticana) in Rome is simply a false facade or a mask for the anti-pope. It is well known among the genuine Catholic faithful who belong to the Sacred Society of St Philibustre, that Angelo Roncalli ‘Pope’ John XXIII was a Freemason, a member of the Rosicrucian Order, a Knight of the Darkest Circle, a member of the Skull and Crossbones Society, an Illuminati, a member of the Readers’ Digest Book Club, and an avid reader of ‘science fiction’ novels very often with occult themes.
For many years the Catholic Church struggled without a true pastor. Confusion was rife as different claimants (like the liberals Montini, Albani, and Wotyla) claimed the papal throne (they were the famous ‘triple tiara’) At last on June 29, 1994 at a secret conclave in Assisi the true Pope was elected. A humble priest named Fr. Victor Von Pentz was elected and acclaimed as Pope Linus II. The moving story of his election can be found here in this link which links to a site where you can read the story itself. Pope Linus II resides in Bishop’s Stortford (an apt name I think!) in England and reigns supreme from his throne in the papal apartments in a two up two down on Ferndale Crescent (three doors down from the Spar corner shop, and the ‘Jolly Fryer’ fish and chip shop) His Holiness Linus II selected his name as a reference to the second pope of history and also in homage to the Linus– the intelligent philosopher and theologian in the weekly social commentary called ‘Peanuts’. Drawn by the comic genius and lay theologian Charles Schultz. (R.I.P)
No sooner was His Holiness elected than controversy arose about his claim. In Kansas, the anti-pope David Bawden was pretending to be ‘Pope Michael.’ Then just four years later Fr. Lucian Pulvermacher had himself elected in Montana and called himself ‘Pope Pius XIII’ and he pretended to rule over the ‘True Catholic Church.’ There is very little that can be said about these two wolves in sheep’s clothing. A quick look at the process of their election will show that their ‘elections’ were invalid. Both are heretics on the jurisdictional question and an examination of the Most Sacred Codes of Canon Law for each will reveal startling inconsistencies which invalidate their claim. Neither was ordained by the fourth revision of the conclavist rite, nor were their cardinals wearing the correct silk stocking of the crimson hue. Their claims can be dismissed. They are no more ‘Pope’ than the pretender Joseph Ratzinger wearing his cappa magna and being carried on his ‘sedevacante gestoria’.
In next week’s column I will go further to expose these three impostors who are frauds and reveal how a hitherto secret connection between Pope Linus, Mr George Adamski, and a very interesting group of Danish people who have been in touch with alien intelligences who were able to confirm the divine inspiration of Pope Linus’s election.
Until then faithful readers, Keep the (True) Faith!!!
Previous Post

October 10, 2009 Todd on the Nobel Prize
Recent Comments
0 | Leave a Comment
"Catholicism has always defined the ideal but there are no limits on God's mercy and ..."
Guest Tony Palmer: Is There Salvation Outside ..."
"With all due respect, Shaun, are you relegating the actual Faith to whatever the local ..."
PGMGN Notes on Tony Palmer’s Funeral
"There are good parking valets and bad parking valets. There are good housesitters and bad ..."
Elliot Bougis The Case for Conversion to Catholicism
"did you vote for Bush Fr Longenecker? would you have?"
Petey Understanding Iraq
Browse Our Archives
Related posts from Fr. Dwight Longenecker