The other day, I visited my local library.  I knew where to look the Wiccan, pagan, and witchcraft books, and I had a list of the ones I wanted.  However, even though the computer told me that they were supposed to be on the shelves, I couldn’t find them anywhere.

I asked a librarian if the books could be anywhere else.  She tapped at her keyboard and frowned at the computer screen before her.  “It says we have a lot of them, but that doesn’t mean anything.  Pagan and Wiccan books are the most likely to be stolen. And books about witchcraft and the occult, too.”

“Hm.  Is that a local phenomenon?  Or does that happen everywhere?”

She shrugged apologetically.  “I’ve heard from other librarians that it happens everywhere.”*

She walked me to the aisle where the books were supposed to be, and lo and behold—there were no books on the shelves whatsoever.

I ended up buying the ones I needed from online sources, but I had a pit in my stomach. I knew that I wanted to write about this.

Why did this happen, in this day and age of easy access to millions of books?

It turns out that the librarian was right, at least, according to other online sources.  Books about the “abnormal,” including witchcraft, rank among the top nine categories according to one web site.  Books about controversial topics ranked as most likely to be stolen according to another website, especially in more conservative places like where I live.  Still another website points out that occult books are among the most likely to be stolen from libraries.  Interestingly, bookstores didn’t report the same problem.

Of course, some teenagers do steal things.  Many of them have little to no money to buy these kind of books (or a credit card to buy them online) and little to no access to a brick-and-mortar bookstore.  It’s also likely that they don’t have access to (or don’t want to steal from) an actual occult/witch bookstore.  A lot of libraries have poor security and no cameras to catch thieves.  Since libraries are tax-funded, thieves may view it as their right to take what they (or more probably, their parents) contributed.

But the theft of pagan and witchy books is a shame because it removes that book from circulation.  To me, it didn’t seem that the library was in a hurry to replace those books that were stolen.  And if a library does an annual inventory, say, it might be several months before the theft is even realized.

Worse still, the person who purchases books for the library might look askance on buying more occult/witchy books, even though they’re so popular that they’re disappearing from shelves.

What Can Be Done About Teenage Book Theft?

We can choose to foster the occult growth of the young people and provide them with classes and other learning opportunities such as public rituals, gatherings, or meetups.  We can let them borrow our own books (with great caution!).  We could be patrons of the occult/witchy arts and buy the books that were stolen from the library, as many times as is necessary.

Obviously, theft from an entire community is not ideal, and I don’t want to encourage it.  paganism/" class=" decorated-link" target="_blank">As someone whose book will be hitting bookstores and libraries next year, I’m nervous about this kind of theft because it means that a more limited amount of people will encounter the book.

There Could Be Another Interpretation: Book Burners

As my friend Talmanes says, it’s easy to blame teenagers, and if all of the books from the shelf are gone, it might be more likely that someone is deliberately removing them.  Several other people, including Ashleigh, a former librarian, pointed out that these kind of books are stolen by people who don’t wish for them to be read.  In other words, book burners.

It’s pretty sad when someone is so insecure about their religion that they would stoop to destroying books that give people other options.  Besides, whatever happened to “Thou shall not steal?”  I’m certain that library books apply to that commandment.

I could make a statement about the irony of the situation, but I’ll let it go this time.

BUT, if book burners are indeed stealing all the witchy books, the best option for the library might be to invest in e-books and e-audio books that can’t be stolen.  If possible, some form of greater theft protection for these books would also be good, like an embedded chip.  Yet another option, as Jack, a librarian, pointed out, is to buy every single one of them again and stock the shelves.  This comment made me very happy. 🙂

It’s my opinion that people will find their way to witchcraft and the occult, whether there are library books or not.  They’ll find them online or will read about these topics on blogs like this one or on witchblr.  Theft will never keep a witch from daring to know more.

*In all fairness and disclosure, the librarian also said auto repair books were highly likely to be stolen too. 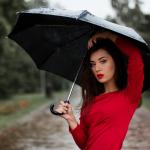 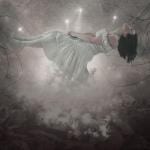