This past weekend, I joined millions of moviegoers around the globe in what will doubtless become a Christmas tradition (whether we like it or not): I Hobbited.

Having now experienced Peter Jackson’s latest extravaganza for myself, I can safely say that I have very little to add to the critical consensus. The film features many of the visual and imaginative flairs that make his Tolkien adaptations so beloved, but it suffers the same storytelling and thematic flaws that make them so frustrating.

The criticism that the film feels thin and stretched, “like butter scraped over too much bread,” is a) wonderfully Hobbity and b) depressingly accurate. But that failure lies on Jackson’s doorstep, not Tolkien’s. Time and again, I found myself thinking not that the source material was too flimsy for such an ambitious, action-oriented film, but that it had disappeared altogether. To poorly paraphrase, it’s not that Tolkien’s story was tried and found lacking; it’s that it was thought too thin and never tried at all. 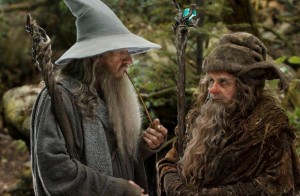 The bones of the original are present — Bilbo’s reticence and inertia pitted again his Tookishness and the grand lure of adventure; Thorin’s relentless drive to reclaim his family’s home, wealth, and stature; Gandalf’s mysterious nudgings that push his companions beyond the limits of their comfort, coupled with his awareness that the smallness of their mission is no impediment to its transformative powers; the brilliant duality of Gollum, where our hatred and pity for him grows with every passing moment — but they are bones upon which Jackson fastens muscles and sinews all out of proportion with their framework.

The film’s tone and style mirror the great successes/excesses of Jackson’s spectacular Lord of the Rings trilogy, leaving one with the feeling that The Hobbit‘s director sees it as little more than deep background material for his previous blockbusters. But to characterize The Hobbit as mere prologue does more than just diminish its value; it runs the risk of destroying its message altogether.

For me, the genius of Tolkien’s Hobbit, particularly in contrast with its more ambitious, more successful sibling, has always been that its protagonist is so ordinary, so life-sized. Bilbo’s adventures are as influential in the future of Middle Earth as his nephew’s, but he is blissfully unaware of that larger context. He doesn’t realize his role in the epic struggle taking place between the Light and the Darkness, and he doesn’t need to. His journey is personal rather than mythic; his virtues as applicable to everyday life (and everyday people) as they are to the Hero’s Quest.

To tell Bilbo’s story the way it deserved to be told, Jackson needed to rein in his propensity for massive and mostly unmotivated action sequences and focus more on the little, sincere moments where our hero’s growth and true worth are most clearly revealed. Instead, he doubled down, succumbing to the notion that, in matters of grave importance, style, not sincerity, is the vital thing. 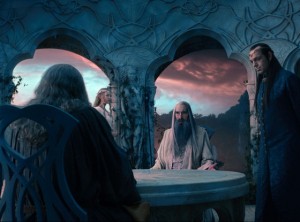 In fairness to Jackson, there were some wonderful moments in the “larger context” framework. Matching Gandalf’s regular absences with his attempts to sift through the rumors and rumblings of Sauron put to rest a confusion that always nagged me in the book. And I’m a sucker for any sequence that manages to simultaneously include the incomparable quartet of Cate Blanchett, Ian McKellan, Hugo Weaving, and Christopher Lee. But at the same time, it is those very establishing moments that pull us further from the wondrous smallness of Bilbo’s story — the ordinariness that makes The Hobbit so unlike its mythic counterpart.

Bilbo is not focused on defeating the Necromancer or waging war against the Advancing Evil from the East. He is committed to winning back the stolen home of his dwarvish friends — a mission that is important to him because of the smallness of his scope, not in spite of it. His virtues are simultaneously profound and unassuming, revealing why his story is so worth telling in the first place, and why it should not — indeed, cannot — be reduced to yet another chapter of The Lord of the Rings.

As  Tony Rossi of “The Christophers” notes, The Hobbit: An Unexpected Journey is “a classic tale of good, evil, and moral courage,” and Jackson’s meddling does not abolish that fact — but it does make it significantly harder to recognize. The louder and larger the spectacle, the less obvious (and less important) Bilbo’s modest heroism becomes. The charm of Bilbo’s adventures is that his vital role in them is so unexpected to him, but not at all unexpected to his audience. The frustration of Jackson’s retelling is that I have to endure so many unexpected (and unnecessary) adventures to watch that story of heroism unfold.

Attribution(s): Publicity images and movie stills are the property of New Line Cinema, MGM Studios, and other respective production studios and distributors, and are intended for editorial use only. 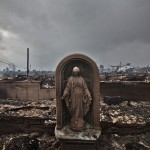 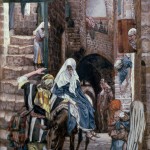 December 23, 2012 Music and Meditation for the Fourth Sunday of Advent
Recent Comments
0 | Leave a Comment
Browse Our Archives
get the latest from
Catholic
Sign up for our newsletter
POPULAR AT PATHEOS Catholic
1

Listen to the Church, not LifeSite,...
Chaos and Old Night
Related posts from Summa This, Summa That