Details are emerging of what to expect at tomorrow’s papal installation. I don’t have a link, yet, but here is what I’m seeing on Twitter, via Commonweal’s Grant Gallicho:

1) Rather than readings specific to a papal installation, the readings for the Solemnity of St. Joseph (which is tomorrow) will be used.

That would be 2 Samuel 7:4-5a,12-14a,16, (the prophecy of Christ from the royal house of David) then Romans 4:13,16-18,22 (“Fatherhood of Abraham and righteousness of faith over law”) and for the Gospel Matthew 1:16,18-21,24a (Joseph’s obedience in faith and trust). I think those are actually good, relevent readings for a papal installation, particularly for a pope who wanders into crowds without fear and wants to teach us about trust, faith, continuity, and yeah, obedience.

2) The Gospel will be chanted in Greek, not Latin.

3) Only 6 Cardinals will make the pledge of obedience to the pope, on behalf of all of them.

Okay, well, they’ve already done this privately, so I see the point — why make the mass longer when half a million people have to stand through it. But I hope they make the six most troublesome Cardinals do it. Make them speak the words! :-)

4) Francis will wear the exact same palium worn by Benedict.
That’s a nice touch, and a tribute to his predecessor.

5) Patriarchs and major Archbishops of Eastern churches will join Francis in venerating the tomb of St. Peter.

6)”To simplify mass” no offertory procession and Pope will not be giving out Communion.

7) Francis’ Fisherman Ring is gold-plated silver. and Rome Reports has details on the new pope’s coat of arms.

8) The Fisherman’s Ring is a used ring, not made specific to the occasion.

We are a culture so used to the idea that “we’re special” and “new is better” and “I deserve the best.” This speaks deeply to our materialism, AND our devaluing of what has come before us. Bravo, Francis!

More later as it comes in, so check back!

And read this whole piece by Rocco!

MORE: Amy Welborn gives two sound smacks and yells Snap out of it! and learn why red shoes matter!

UPDATE: Deacon Greg, who rarely takes the time to opine shares his thoughts on the similarities between Benedict and Francis that people seem to be missing, and the lessons they’re jointly tring to teach us. A must read.

March 19, 2013 Should I Live-Blog or Tweet the Papal Inauguration? UPDATED
Browse Our Archives
Related posts from The Anchoress 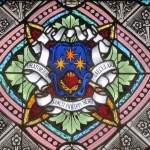 Catholic
A Novus Ordo Even a Latin Mass Fan...
The Anchoress 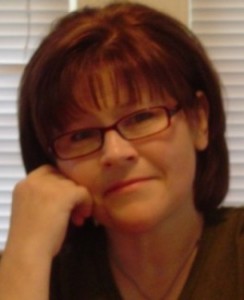