For the first time ever, I’ve had to split the Annual Gift Ideas post into two part. Part I, which is all about appliances, clothes and really mostly girly things can be found here.

Now, for books, music and DVD’s! 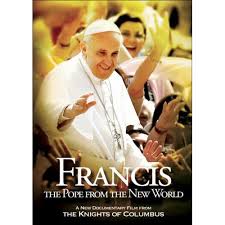 On DVD’s: okay, given that Pope Francis was just named Time Magazine’s Person of the Year, this one is a no-brainer: Francis, the Pope from the New World 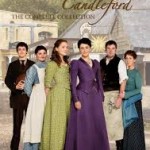 If your family loves Downton Abbey a video set is a nice idea, but incomplete, as the series is still running. This is a little pricey but for a “family” gift The Complete Larkrise to Candleford is something that will bring the whole gang together — my husband couldn’t get enough of it and wants to watch it again. This series which is based on the memoirs of Flora Thompson and speaks such truth about families, classes and the way we get along together. It’s really great.

BOOKS: Note that most, not all, of the book links I am providing are for print books, not for Kindle or Nook or whatever. I have nothing against Kindle (Deacon Greg raves about his Kindle Paperwhite and fills me with a bit of envy) but you know, a book is a book. It’s still different.

Given all the news stories about citizens being spied on, I’m recommending Snoop: What Your Stuff Says About You, which is both fun and informative. I’m giving it to the same person who last year I gifted with The Code Book: The Science of Secrecy from Ancient Egypt to Quantum Cryptography.

Two books I reviewed here on the blog, both of which would make terrific gifts for Christmas, Judith Valente’s Atchison Blue and Lino Rulli’s Saint. Buying them together would actually be a nice one-two punch for any couple.

Another great “couples” gift — and people actually do rave about this book — Dr. Gregory Popcak’s Holy Sex!: A Catholic Guide to Toe-Curling, Mind-Blowing, Infallible Loving. Give them that with a couple of glasses and a nice bottle of wine!

Also, I wrote earlier this year about the exciting release of Flannery O’ Connor’s Prayer Journal, but to be honest, in the end, I preferred Province of Joy, The: Praying with Flannery O’Connor

When I went on a few days R-and-R last month, I brought with me Brian Doyle’s The Thorny Grace of It — wonderful, wonderful essays which make my own poor efforts seem like so much dross — an exuberant commingling of Irish word-love and American Christ-love. Killed me. You can read more about it, at Patheos’ book club. 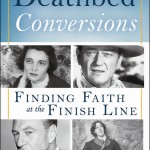 If you have someone you’d like to attract to faith via baby steps, I love this title: Deathbed Conversions: Finding Faith at the Finish Line.

For some teens: For the athlete, stuff a stocking with And Nobody Got Hurt!: The World’s Weirdest, Wackiest True Sports Stories. If you have a hockey fan in the family here you go, and if you’re trying to encourage someone to read Jane Austen, may I suggest you try a couple of inexpensive Georgette Heyer novels as “training wheels” — well-researched and often hilarious, her books are. You can’t go wrong.

I don’t know if this is actually a great “gift” book. It might be for the right person, but it might also be good to give to yourself as a “present” from the Holy Spirit. Fr. Scott Hurd has written a book that I love so much I agreed to blurb it, but I have never found time to tell you how good When Faith Feels Fragile: Help for the Wary, Weak, and Wandering really is. 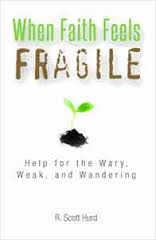 Read Fr. Scott’s interview with Kathryn Lopez, and consider picking it up. It’s one of those books that feeds you when you need it.

Another book that is excellent “food” is the one put out every year by The Christophers, called Three Minutes a Day. Edited by Tony Rossi, this book does what The Christophers do: it lightens what is heavy, brightens what is dark. This is a terrific gift to give for hassled family members and work pals, too! And it helps the great mission of the Christophers. It’s inexpensive, it’s available as an ebook and it’s kind of priceless.

Last year I recommeded Paula Huston’s Simplifying the Soul, but if things still seem too cluttered, there is yet a more practical take on the subject of decluttering, and it suits our Franciscan mood: Blessed by Less: Clearing Your Life of Clutter by Living Lightly. You can read an excerpt of it here. Also speaking of Huston, her lyrical novel A Land Without Sin was the first fiction book accepted by the Patheos Book Club, and you can check that out here, as well. 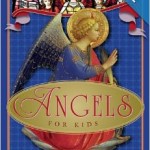 Donna-Marie Cooper O’Boyle’s Angels for Kids is such a pretty book, it’s hard to believe it’s for children! She has so many titles it is difficult to choose one, but I also liked this a lot.

Two books I’m getting a lot out of right now: Emily Stimpson’s beautifully written and reasoned These Beautiful Bones: An Everyday Theology of the Body and Teresa Tomeo’s God’s Bucket List: Heaven’s Surefire Way to Happiness in This Life and Beyond, which is a particularly good read at this time of the year, when we start thinking of New Year’s Resolutions that always fail because…they’re our plans, not God’s.

Two books I also got a lot out of, but none of it made me happy: Al Kresta’s Dangers to the Faith: Recognizing Catholicism’s 21st Century Opponents and Paul Thigpen’s The Burden, which is hands-down the most unusual, and rather chilling book I have read this year.

I have meant to write about The Burden, which is a short, poetic and prophetic meditation on, essentially, where we are now, and how terribly near our current times and morals make the end-times seem. Yes, chilling.

It seems I will have to write a Part III for music recommendations. Egad…this is taking a lot of time.

Patheosi! Don’t forget some of the excellent offerings by our Patheo writers!

For the Mom who could use a daily pick-me-up, Lisa Hendey’s A Book of Saints for Catholic Moms: 52 Companions for Your Heart, Mind, Body, and Soul is one of my faves.

I just got a copy of Sam Rocha’s well-regarded book for a teacher friend of mine.

For a woman you love and want to encourage: Pat Gohn’s Blessed, Beautiful and Bodacious: Celebrating the Gift of Catholic Womanhood

For Family Enrichment: Tim and Sue Muldoon’s Six Sacred Rules for Families: A Spirituality for the Home

For a Garden-loving friend on a spiritual path, my neighbor really loved Margaret Rose Realy’s A Garden of Visible Prayer: Creating a Personal Sacred Space One Step at a Time

For Personal Faith-Enrichment: Father Dwight Longenecker’s More Christianity: Finding the Fullness of Faith gets absolute raves from everyone who reads it.

Ditto for Mark Shea’s By What Authority: An Evangelical Discovers Catholic Tradition (it’s not just for Protestants. I learned a lot!) and Billy Kangas’ How the First Christians Changed Dying

UPDATE:
Someone just mentioned that in all of these titles, I forgot to suggest you give Strange Gods for Christmas. Yes! I did forget! Buy my book! :-) 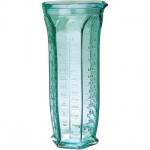 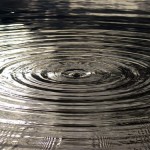 December 12, 2013 "Gain a world of followers and lose your own soul..."
Browse Our Archives
get the latest from
Catholic
Sign up for our newsletter
POPULAR AT PATHEOS Catholic
1