Launching a Lenten Rescue of my Brain 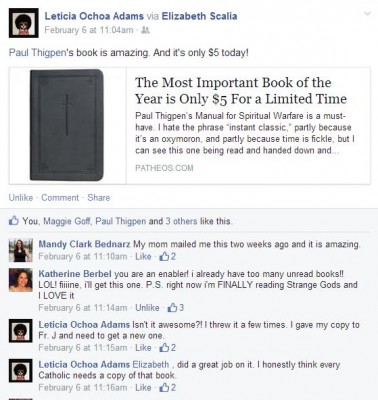 The other day a friend asked me what I was doing for Lent, and I immediately launched into plans for articles I hoped bloggers here in the Catholic Channel would be undertaking.

“No,” she said. “I meant you, personally, what are you planning for Lent?”

That inspired a longish reply full of lugubriously spiritual yearnings all introspect-y and lumbering gracelessly toward what passes for deep thoughts in my plebeian brain, but somewhere in there was an acknowledgement that I’m feeling a mental and intellectual strain from being online, nonstop, for ten years — longer, actually, if I count the obsessive participation in multiple forums that eventually launched the blog.

I’m not kidding. As evidenced in the screen grab above, I’m making more typos than ever; it’s as if, having given up my manual transmission, even my automatic is beginning to slip, and I just can’t get the brain in gear. Or I can’t pay attention long enough to put letters where they need to go, in order to make sensible words. In the above paragraph, “reply” originally came out, “replay.”

That never used to be the case.

Long before Andrew Sullivan noted that his blog had him missing a sense of his own simple humanity, I was feeling similarly and I think many were, which is why we identified deeply with his expressed longing to binge-read something fierce and challenging and then “walk around with it” in his own thoughts for a while.

A body at rest stays at rest; likewise a mind that habitually engages many things on the most superficial of levels will lose the ability to linger on anything long enough to truly absorb it, letting it marinate in ones thoughts until something flavorful can emerge and be shared.

It’s part of what Tim Muldoon calls “the slow work of learning”. I used to call it “the scholar’s privilege”: the ability to really take time to understand a thing and perhaps enlarge it, through study and thought.

It used to be something only the wealthy had time for. Now, we arguably possess more leisure time than at any point in history — we have the time to indulge in a marinade — but we are not taking advantage of it. Thanks to the internet and social media, we instead zip through headlines, listicles and thoughtful prose with the mien of a mildly-curious but ADHD-afflicted golden Labrador retriever. We give it all equal weight, and move on so quickly that everything becomes as penetrating as a prop knife.

In which case, we’ve just wasted our time — amusing ourselves, but remembering little of it and caring even less. We glean as much as we must to justify an opinion or sneer at someone else’s. We read something as horrific as this, and then, in a mere instant, we’re on to the next tweet that catches our eye.

I am sure this is not good for us.

I wrote ‘way back in 2012 that I was losing interest in the predictability of so much that is social media and even mainstream media:

With something like horror I realized that I—the news junkie whose earliest memories involve sitting on the floor, transfixed as Nancy Dickerson read the afternoon headlines and the iconic black and white images burned themselves into my imagination; the girl who had devoured political and religious stories and had made a happy career out of the chomping; the woman whose greatest joy after family was the perpetual wellspring of the internet where one could read something, bang out a reaction and then click the mouse and do it again, ad infinitum—had become bored beyond endurance.

I am bored by the same people saying the same things , week after week, and by their dismaying contempt for curiosity, and by my own, too.

The boredom comes and goes; it is still possible to delight in great writing where one finds it. The return of both Max Lindenman and Marc Barnes has been a happy thing for us here at the Catholic channel, for instance, as is the launch of this unusual blog project, but what has become almost unendurable is the sense that this powerful platform called the internet — which can do so much good for all of us — is becoming little more than a gathering place at which to pick up prompts and cues for what I call Manufactured Outrage of the Day, or MOD, if you like.

…the Outrage Machine—a new media-fed industry of inflated and manufactured controversies. Wanted: Eyeballs and clicks. No context or objectivity required.

There are people for whom the Daily Outrage has become so habitual that it is an unacknowleged addiction (and, truly, and idol) that owns them; it is the thing that gives their lives meaning and makes them feel like they are part of something real and huge, even if, in reality, their perceptions have simply become distorted by the illusions of the echo chamber, where conversations with the same 8, or 80, or even 800 people can convince us that there are 800 Million more who feel just like we do.

This is the deception, and the great fraud of the internet. We’re no more connected to each other than we ever have been, and we are no smarter than we were. In fact, — although it is anecdotal — this piece by Nicholas Carr, which has “spoken” to everyone with whom I’ve shared it, suggests we are, as the saying goes, “getting more stupider”:

When I mention my troubles with reading to friends and acquaintances—literary types, most of them—many say they’re having similar experiences. The more they use the Web, the more they have to fight to stay focused on long pieces of writing. Some of the bloggers I follow have also begun mentioning the phenomenon. Scott Karp, who writes a blog about online media, recently confessed that he has stopped reading books altogether. “I was a lit major in college, and used to be [a] voracious book reader,” he wrote. “What happened?” He speculates on the answer: “What if I do all my reading on the web not so much because the way I read has changed, i.e. I’m just seeking convenience, but because the way I THINK has changed?”

Bruce Friedman, who blogs regularly about the use of computers in medicine, also has described how the Internet has altered his mental habits. “I now have almost totally lost the ability to read and absorb a longish article on the web or in print,” he wrote earlier this year. A pathologist who has long been on the faculty of the University of Michigan Medical School, Friedman elaborated on his comment in a telephone conversation with me. His thinking, he said, has taken on a “staccato” quality, reflecting the way he quickly scans short passages of text from many sources online. “I can’t read War and Peace anymore,” he admitted. “I’ve lost the ability to do that. Even a blog post of more than three or four paragraphs is too much to absorb. I skim it.”

If you managed to read both paragraphs — and I confess, I skimmed through the article the first time, until I saw enough to force myself to sit still and read it through — I wonder if, like me, you’re becoming a bit concerned. That’s not a long piece and yet my brain wanted to say “tl;dr” (Too long, didn’t read!)

Last weekend we did a little experiment, here in the Catholic channel: I asked the bloggers — they might say I ordered them — to create listicles — serious ones and ridiculous ones, and insanely cute ones — and to post them. I did a couple, too. I wanted to see what it felt like, as a writer, to reduce any topic (even me, myself) into lists, and I also wanted to see how readers responded. I kept waiting for someone to say (or to complain), “hey, what’s up with all of these listicles? Why are so many talented writers doing this stuff?”

But nobody did. Instead, people gobbled them up, increasing our traffic and causing Max to lament, but lamentation is kind of his thing, so that worked out. For most of us, we could see it being “fun” to do a list a few times a month — like lemon sherbet, they are great palate cleansers, but a poor diet for everyday.

I have a ton of books I have promised to read for people, and I make that promise in good faith, but I often catch myself wailing “I have no time to read them!”

The truth is, though, I almost can’t read them. Sustained reading has become, for the first time in my life, an arduous thing. Until recently you couldn’t get my nose out of a book, now I often find myself re-reading favorite novels by Terry Pratchett, because I want to read, but I don’t want reading to feel so much like work.

It’s one of the reasons I am later than usual coming up with my annual Lenten Reading suggestions. I try very hard not to recommend books I have not myself read. Last year, I was overwhelmed with books and resorted to a panicked grouping but that was unsatisfying, and this year I am determined to read any book I put forward to you. But my reading has slowed, substantially, hence the list is late.

This is a problem. I joked about giving up social media for Lent. But it might be a discipline that saves the synapses and regains for me my very brain.

What do you think? What is your experience on the internet? Are you happy to land on listicles, and do you gravitate toward pieces with short paragraphs? Have you managed to read all 1500 words, here? I really want to know.

Related:
Meanwhile, Marge is going for another sort of rescue 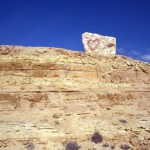 Catholic
Just How Harrowing Can Lent Be?
The Anchoress 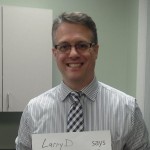 Catholic
Acts of the Apostasy and Jane the Actuary...
The Anchoress 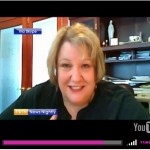 Catholic
Anchoress Shows Up to Give Homily at Mass!...
The Anchoress
TRENDING AT PATHEOS Catholic