Sunday’s a Day of Rest…

The Gospel according to The Crescat

1 The Lord worked all week. On the sixth day He slept in for an extra 30 minutes and saw that was good.

2 On the seventh day He got up even earlier than the sixth day and made breakfast, got the family to mass, drove home after mass, but not before stopping off at the store to pick up a few things for dinner and ended up getting an entire week’s worth of groceries, because who knows when He’ll have time to get by the store later in the week.

3 Then the Lord proceeded to get everything else done that He didn’t have time for during the rest of the week.

4 He raked the yard, washed the dog, did ten loads of laundry, swept the floors that were just swept yesterday because dog and loaded/unloaded the dishwasher.

5 He saw this was all exhausting and turned water into wine and invented take-out.

November 19, 2014 Advent Simplicity... with wine.
Recent Comments
0 | Leave a Comment
Browse Our Archives
get the latest from
Catholic
Sign up for our newsletter
POPULAR AT PATHEOS Catholic
1 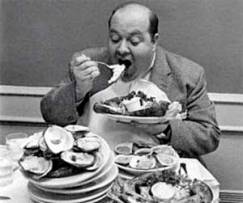 Catholic
Ten Years is a Long Run...
The Crescat
TRENDING AT PATHEOS Catholic