A thug for God: pastor threatens to kick in a store worker’s teeth

A thug for God: pastor threatens to kick in a store worker’s teeth August 1, 2020 Barry Duke

MORE juvenile faith, family and fuckwittery from Tennessee’s grotesque pastor Greg Locke of the Global Vision Bible Church: masks are ‘gags’ and people advocating their use during the COVID-19 pandemic are ‘a bunch of Nazis’ who deserve a good kicking.

The loudmouthed loon, according to The Christian Post which describes Locke as “a popular internet personality,” insists he’s willing to go to jail to defend his right not to wear a mask  – and says he has been telling his church members to do the same. In a video rant this week he said:

I’m so sick of this mask brigade nonsense. Bunch of Nazis. We don’t require masks at our church. We probably had 450 people crammed into a tent this weekend.

Two people in the whole place had a mask. If they want to wear a mask, that is great, I’m not going to mandate it. As a matter of fact, I discourage it because I think it’s utter nonsense.

Locke’s video was triggered by a confrontation he had over his refusal to wear a mask at an unidentified Dunkin’ Donut store.

I’m pretty spittin’ mad about a bunch of nonsense. Did you know that there’s nothing in the American culture and nothing in the Church of the Lord Jesus Christ that has separated the body more than these stupid things right here? We call them safety precautions. No, what these are, these are gags, ladies and gentlemen.

He also called masks “idols” that have been used to divide the church.

These don’t do anything whatsoever. They are the dumbest thing to have ever been created by humanity. They are scientifically proven to do Jack sprat! But I’ll tell you, religiously what they’ve done, they’ve divided the body of the Lord Jesus Christ. These things are so dumb.

Locke’s declarations come as more than 4.4 million people have been infected with the virus across the United States. More than 150,000 people have also died from COVID-19 related illnesses, according to the CDC, including former Republican presidential candidate Herman Cain, who also publicly eschewed the wearing of masks.

Locke said while some chain stores like Walmart have required customers to wear masks, he has gone into Walmart stores and removed his mask without incident with hundreds of other mask-wearing customers.

Referring to his run-in at a Dunkin’ Donut outlet it’s reported that “a heated confrontation” occurred after a staffer asked him quietly to wear a mask next time he came into the store.

Locke said he left with his coffee and used his foot to open the door but was wrongfully accused by the unidentified male worker of trying to smash the glass.

He said he confronted the employee and  threatened to kick his teeth in if he called him a liar.

I said ‘if you call me a liar one more time, I’m going to take these work boots and I’m going to kick your teeth down your throat.’ Yes, I said it. And in the moment, I meant it. I said ‘sir, listen to me very closely, I will be back at 5 o’clock tonight to get my two medium coffees, seven creams, and five sugars and I will be back tonight and I will not be wearing a mask.’

The sociopath said the worker vowed to meet him at the outlet to ensure he didn’t get in. However, he knew his wife would not have allowed him to return.

He wished he had a bullhorn at the time to just start preaching about Jesus in the parking lot.

I’ll go to jail over this. It is the golden calf. I’m sick of Christians saying things like this: ‘Well, it’s just a mask.’ You know what they used to say? ‘Oh, it’s just a baby, it’s just a zygote, it’s just a growth in the mother’s womb so let’s kill it.

No, it’s not just a mask, it’s a compliance device … It’s a censorship device. It’s a tool to get all the sheep to walk around and look the same and talk the same and act the same …

This is not about safety, this is about surrendering of our rights. Can I remind you? This is still the United States of America. This is not communism. This is not China, this ain’t North Korea, I don’t live in Haiti … Trump 2020. I’m a pastor and I approve this message.

He’s not alone in his madness. Missionary Spencer Smith, above, explains in this video:

Today it’s a mask, tomorrow it’s a vaccine, and in the Tribulations it will be a mark.

The Pearly Gates are standing wide to welcome creatures like these – as are the doors of institutions for the criminally insane. 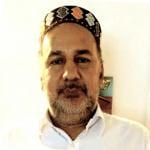 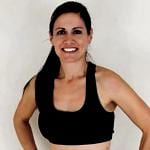 August 1, 2020 JW's shunning practices led to yet another violent death
Recent Comments
0 | Leave a Comment
Browse Our Archives
get the latest from
The Freethinker
Sign up for our newsletter
POPULAR AT PATHEOS Nonreligious
1