Conversion therapy survivors turn to TikTok to slam the practice

‘PRAY-away-the-gay’ outfits such as the beleaguered Northern Ireland-based Core Issues Trust insist that  cruel method is no longer being used in modern conversion therapy.

But more and more people – using the video-sharing app TikTok – are coming forward with disturbing accounts of torture used to ‘cure’ their homosexuality in programmes mainly run by Christians. 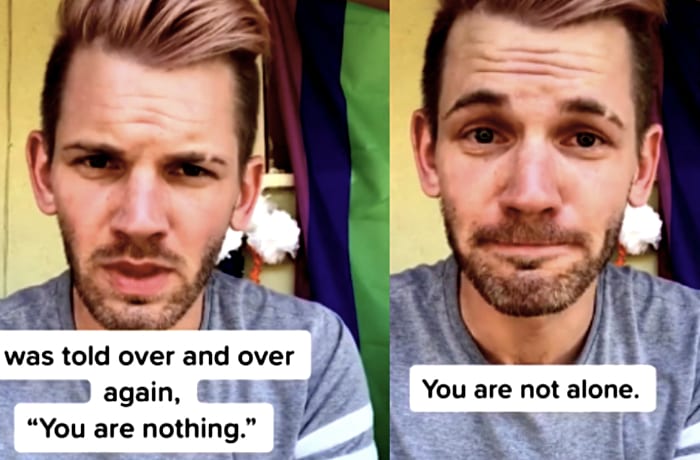 Huff Post, which reported that 81 percent of US conversion therapies were carried out by faith-based organisations, homed in on the treatment Mike Dorn, above, received after telling his parents he was gay. Aged 15, he was packed off to a Christian camp in California for three months, where he was told he would go to hell, forced to dig holes and verbally abused.

Dorn’s trauma came to the surface when he was confined to his home for weeks during a COVID-19 lockdown in the US in June and he decided to share his story on TikTok.

Said the 30-year-old sign language interpreter, whose videos have been viewed a million times:

I was going through a pretty dark time being at home all the time and I knew that I needed to talk about it. A lot of people were messaging me, and it was this form of love and support and family that I’ve never experienced before.

I didn’t think it really existed, because that is such an extreme form of torture.

Another TikTok user, Merry Skelton, a 20-year-old music student from Georgia, revealed in a video that a church counselor forced her to put her hand in a bowl of ice until it melted while talking about her “homosexual thoughts” –  an aversion technique aimed at making her associate attraction to women with pain.

One of her videos, “How to survive conversion therapy, part one,” has been watched more than 500,000 times since December and she has received messages from about 50 teens at risk of conversion therapy and 20 survivors, from teens to late 40s.

The breaking point came when Merry’s pastor told her to tell a younger teenage boy that being gay would make him miserable.

I was just feeding him all this … bullshit that I had been fed for the past year. I remember watching this kid’s heart just break and sink. I was like, I’ve really just turned into this monster. I’m now damaging this kid.

Meanwhile, Dorn said he believes more conversion therapy survivors should speak out to ensure it is outlawed.

The more that we tell our stories, the more that we educate people who don’t even realise that this is happening … (it can lead to) policies being made and hopefully full-on bans. 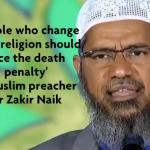 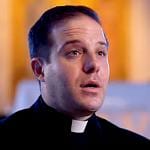 August 23, 2020 Baptism balls-up: priest's ordination and sacraments invalidated
Recent Comments
0 | Leave a Comment
"Costelloe claims that the 'church can and must also take whatever steps are necessary to ..."
David Cromie ‘Church has changed’ says archbishop after ..."
"I expect the 'holy father' had in mind members of the Roman church, such as ..."
David Cromie Pope Francis: Better to live as ..."
"It hardly matters how you slice and dice it, the fact remains that the man-god ..."
David Cromie Superhero Jesus comic branded ‘blasphemous’ by ..."
"???"
David Cromie Superhero Jesus comic branded ‘blasphemous’ by ..."
Browse Our Archives
Related posts from The Freethinker