EARLIER this week I was notified by Maryam Namazie, of the Council of Ex-Muslims of Britain (CEMB), that today – Saturday, August 22, 2020 – would see the launch of the world’s first Apostasy Day.

I was invited to sign a declaration of support, and I gladly did so, joining around 200 apostates, secularists, atheists and others.

Maryam also began collecting additional signatures via an Avaaz campaign, which has garnered more than 2,6000 signatures. I’d appreciate it if you would add you name, using this link.

Apostasy is the abandonment or renunciation of religion. It is punishable by death in Afghanistan, Iran, Malaysia, Maldives, Mauritania, Qatar, Saudi Arabia, Somalia, UAE, and Yemen and a criminal offence in many more Muslim-majority countries.

In Pakistan, a disbelief in God is punishable with the death penalty under a blasphemy law. In Saudi Arabia, atheism is equated with terrorism. In some countries without the death penalty, Islamists kill those deemed apostates, including in Bangladesh and Muslim-minority India.

In many countries, such as in Europe and North America, apostates can face threats, shunning and honour-based violence, including from their families. Individuals from Orthodox Jewish, Christian, Hindu and other backgrounds can also face shunning and violence for apostasy.

August 22 was chosen as Apostasy Day because it is the UN Day Commemorating the Victims of Acts of Violence Based on Religion or Belief.

Moreover, late August, 1988, saw mass executions of apostates in Iran after brief “trials”. Thousands who responded negatively to questions such as ‘Are you a Muslim?’, ‘Do you believe in Allah?’, ‘Is the Holy Qur’an the Word of Allah?’, ‘Do you accept the Holy Muhammad to be the Seal of the Prophets?’, ‘Do you fast during Ramadan?’, ‘Do you pray and read the Holy Qur’an?’ were summarily executed.

Organisers are using the newly established Apostasy Day to  renew calls for the:

• Commemoration of the victims of apostasy laws

• A n end to shunning, threats and honour-related violence from families of apostates

• Affirmation of freedom of thought, conscience and belief as well as opinion and expression in compliance with the United Nation Declaration of Human Rights (Articles 18 & 19). 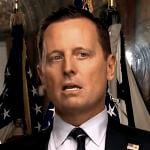 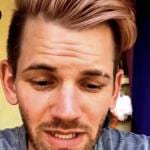