IN 2015 Matt Ogston, above, lost his Muslim partner of 13 years to suicide.  Rather than seek the ‘gay cure’ his mother insisted upon, Dr Naz Mahmood, 34, threw himself off the balcony of the couple’s London home.

Ogston, now a filmmaker and public speaker, reacted to Mahmood’s death first by establishing the Naz & Matt Foundation – (motto: never let religion, any religion, come in the way of the unconditional love between parents and their children) – and later by changing his name to  Matt Mahmood-Ogston.

The foundation was in the news last week after it published the results of a new study that shows how badly gay kids brought up in religious families fare.

We commissioned this new survey to better understand the challenges LGBTQI+ people face and the sometimes devastating impact it has on their mental health.

The survey shows that LGBT+ people with religious or “conservative” parents are 2.5 times more likely to face rejection when they come out.

Homophobia triggered by religious or culturally conservative families is widespread.

After the death of Naz Magmood, above, Matt Mahmood-Ogston told The Guardian:

Last year he spoke out against mainly Muslim fanatics who were objecting to gay-inclusive school lessons:

The researchers found that LGBT+ people from a religious or culturally conservative background are 30 percent less likely to be out to their parents or families compared to other LGBT+ people in the UK.

Twenty-seven percent said they didn’t come out because they feared disappointing their parents. Moreover 23 percent feared anger and aggression and 19 percent worried their parents would disown them.

These fears appear to be well-founded. Of those who did come out and had a negative reaction, 43 percent faced anger and 13 percent received abuse.

Meanwhile COVID-19 had taken a toll on many LGBT+ people’s mental health. And this survey again confirms that trend.

It found that LGBT+ people from religious or culturally conservative families in lockdown with those families are more likely to have hidden their true identity.

There were some positive findings however. The survey does show that most people’s parents do accept their sexuality.

Here’s an issue that bears consideration: fundamentalists of all denominations breed like rats. Among their large broods there will, of course, be gay offspring who will be made to feel like outcasts if they come out, adding to the burden of suffering and stupidity religion has already dumped on humankind. 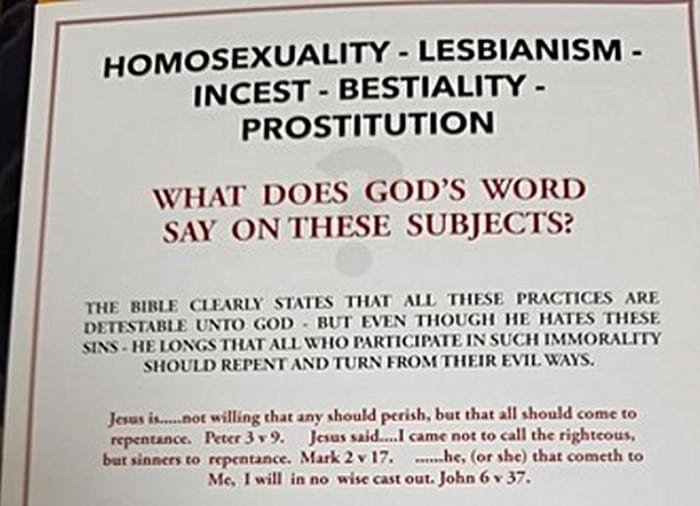 Yeah, yeah …. I know this sort of shit pops up all over the place. The only reason this filth has received media attention is because the distributors were linked to the Mid Ulster Christian Helpline,  listed in the Mid Ulster District Council’s online directory.

I say “was” because the council has temporarily suspended their directory after the link was made between the “helpline”  and the Christards who were distributing homophobic literature in the Magherafelt area.

Independent councillors Dan Kerr and Barry Monteith wrote to council management to ask that the listing be removed because it may promote conversion therapy.

A spokesperson for the council said the directory listings had been:

Temporarily removed. The online directory offers local business and services a listing opportunity and any inclusion should not be considered as an endorsement by the Council for any goods or services provided by any organisation.

However, given the issue which has now arisen, the directory section where community and voluntary organisations have registered their details, has been temporarily removed to allow us to undertake a review of the provision of the service in line with our equality commitments, and to take advice as required. 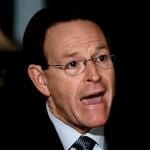 August 3, 2020 Holy smoke! Hundred of cannabis plants found in an English church
Recent Comments
0 | Leave a Comment
"The church didn't get into the marriage business until the 9th century, and it took ..."
persephone Belfast hotel’s staff to be trained ..."
"Amy Con-Me Barrett: Our Lady of the Elaborate Delusion."
Bill L. First ever cult Supreme Court Justice ..."
"I've just read that Trinity college Dublin has 'no platformed' Richard Dawkins because his views ..."
Angela_K Belfast hotel’s staff to be trained ..."
"The oldest, most decrepit horse is more attractive than she."
Erik1986 Loathsome pastor suffers backlash over anti-LGBT ..."
Browse Our Archives
get the latest from
The Freethinker
Sign up for our newsletter
POPULAR AT PATHEOS Nonreligious
1