A TWO-pronged investigation was launched today (Monday) into claims that a once high-ranking Vatican diplomat – Msg Christoph Kühn, above – designated a ‘Prelate of Honour of His Holiness’ by Pope Benedict  XVI in 2011, sexually abused young priests.

Two probes, according to this Italian report, opened in the diocesan court of Eichstätt, in Bavaria, and the Ingolstadt prosecutor’s office. The latter investigation is being held to ascertain whether sex crimes had been committed against one victim, Msg Florian Kolfhaus, who worked for Kühn at a time when Kühn was senior official in the Vatican’s Secretariat of State.

According to LifeSiteNews, Kolfhaus and a second man – a former priest – both allege that Kühn violently compelled them to take part in masochistic sexual acts. The other priest has since become laicized and is now an LGBT activist.

Kolfhaus first lodged a complaint against Kühn at the Vatican in 2006. He testifies that his abuse took place inside the offices of the Secretariat of State, as well as inside the Casa Santa Marta, a residence for Vatican prelates. But it appears no formal investigation was launched until 2019.

In April of 2019, accusations against Kühn were made public by the German newspaper Die Bild. Only after this did Bishop Hanke of the Diocese of Eichstätt, who had been informed of Kühn’s assaults previously, suspend Kühn from his duties.

Kolfhaus, above, says he suffered sexual abuse at the hands of Kühn from the end of 2003 until 2004 and has been reporting the abuse to different superiors in the Vatican and elsewhere since 2006. Through his lawyer, Dr Alexander Stevens, Kolfhaus told LSN that he did not begin the legal process or go to the press with the abuse he suffered.

Only after details of the abuse were reported by Die Bild, and police questioned Kolfhaus, did he act.

“When journalists or civil authorities come to me I have to answer truthfully, to lie here would be nothing other than covering up for the perpetrator.

LSN claims that when it reached out to Kühn with questions, Kühn’s lawyer was threatened a lawsuit if it were to report on the case. The response denied all charges and not only forbade reporting on the case but also further research into it.

Kühn publicly addressed the accusations for the first time in July 2020 after Italian Vaticanist Marco Tosatti published a translation of portions of a July 16, 2020, Die Bild article on the case on his blog. Kühn vehemently denied all charges. Moreover, Kühn alleged that  Kolfhaus’ lawyer, Alexander Stevens, is gay and:

A well known LGBTQ activist and supporter of the relative lifestyle and debauchery.

Writing for LSN, John-Henry Westen said that Kühn was the head of the German Section of the Secretariat of State in the Vatican from 2001 till 2008.

This position put him in charge of vetting priests and bishops from Germany for elevations, and as such he was privy to all the personnel records of these prelates. Being in such a high position and involved in the German church, Kühn was often in close contact with Pope Benedict XVI both after his 2005 election and prior to that in his role as head of the Congregation for the Doctrine of Faith.

As head of the German Section until 2008, Kühn organized Benedict’s trips to Germany, traveled with him on the papal plane, and was often photographed side by side with him at official receptions such as that with German President Horst Kohler in 2005 during his visit to Cologne, Chancellor Gerhard Schröder, as well as the future Chancellor Angela Merkel.

On January 22, 2020, Archbishop Carlo Maria Viganò provided testimony for the Church investigation into the case. In Viganò’s testimony he stated that he was:

Aware of precise information regarding the harassment and all kinds of abuses committed by Msgr Christoph Kühn against Msgr Florian Kolfhaus.

Viganò also noted that Kolfhaus informed various individuals of the abuse including a superior at the Secretariat of State and also a Bishop in charge of preparation of candidates for diplomatic service for the Vatican.

Viganò also reported that now-Cardinal Pietro Parolin was informed as well. Parolin at the time was Undersecretary of the Section for the Relations with States of the Secretariat of State.

LSN reached out to Cardinal Parolin for comment via the Secretariat of State and, on August 24, received the following response from the Vatican Press Office:

As you are aware, the accusations pertaining to Mons. Kühn are being examined by canonical and civil authorities. Under these circumstances we are confident that you understand that at this time a comment is not appropriate.

The reply issued by the Vatican press office added:

In the meanwhile, we trust that you will make every effort to report the facts, and avoid speculation, on the case.

Viganò’s testimony also calls into question the 2001 decision to have Kühn at the Vatican in the first place. He recounts that sexually scandalous behavior by Kühn was known to the Vatican as early as 1997 when Kühn was a priest in the Nunciature in Zimbabwe. Viganò related:

Msgr. Christoph Kühn began his service on July 1, 1997, in the Apostolic Nunciature in Zimbabwe. During this, his first assignment, the Nuncio, His Excellency Msgr. Peter Prabhu, had to report some of the behavior of his collaborator [Kühn] that could have indicated his possible homosexual tendency.

That “tendency” according to the Nuncio, included Kühn parading before Prabu “in very skimpy panties.”

When it became known that he [Kühn] had harassed various young men (among them Kolfhaus).

The then Pope removed Kühn from the Vatican and sent to him Vienna in 2008 and then to Eichstätt in 2012, this time removing him from the diplomatic service.

Which begs the question: If Ratzinger knew about abuse claims, and demoted Kuhn, why did he bestow an honour on him in 2011?

For a man with the reputation of being a “panzerkardinal” and “God’s Rottweiler,” he [Ratzinger] seems to have been quite the wilting flower when it came to dealing with serious clerical abusers.

It’s time for Catholics to stop hero-worshipping popes. It’s time to stop imagining that they’re some special class of men who are automatically holier and closer to God in virtue of their office and thus guided by mystical forces we can’t comprehend. If a history replete with vile and vicious popes hasn’t demonstrated that to us yet, the crop of contemporary popes should drive the point home.

There’s been a lot of this mythos around Benedict in particular — it’s become something of a cottage industry among those who think he’s still the pope, or engaged in some mysterious divinely-ordered ruse in his “bifurcation of the papacy” — and nothing I’ve seen tells me that this adulation is warranted. Despite wistful imaginings that he abandoned his post at the prompting of some interior dialogue with God, what I see is a man who, like all of us, is flawed and sinful and makes mistakes. 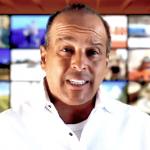 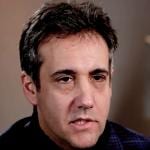 September 7, 2020 Before Trump became President he mocked evangelicals
Recent Comments
0 | Leave a Comment
"My husband knows Jayne Ozanne a little. She's certainly received plenty of death threats herself. ..."
Jennny Pope calls for legal protections for ..."
"And this is why we have forced birth.So our boy children can grow to be ..."
oneworlddude Teacher beheaded after showing class a ..."
"Doesn't matter which religion you belong to---If you are a Fundamentalist, you are on the ..."
oneworlddude Teacher beheaded after showing class a ..."
"Or how long it takes him to get death threats from the American Catholics? This ..."
Freethinker Pope calls for legal protections for ..."
Browse Our Archives
get the latest from
The Freethinker
Sign up for our newsletter
POPULAR AT PATHEOS Nonreligious
1