THE last time I featured homophobic crackpot Caroline Farrow, inset, she was having conniptions about Disneyland organising an LGBT event in Paris.

Now she’s outraged that a commercial being run by multinational confectionery company Cadbury not only features two men sharing a Crème Egg, but are doing so during the ‘holy’ Easter period! The Catholic prodnose is now on a mission to have the ad banned, saying in a petition – so far signed by more than 24,000 bigoted halfwits – that:

For those of all faiths and none, the Cadbury’s Creme Egg has become a synonymous part of Easter celebrations in the United Kingdom. Cadbury’s know full-well that their product is enjoyed by children and deliberately market it at this demographic, making this campaign even more irresponsible. Cadbury’s is traditionally a brand associated with families.

Headed “Cadburys are selling sex to children” the petition adds:

Exposing children to sexualised content constitutes a form of grooming. It is well-known that children will often copy what they see on the screen. Cadburys are a well-established household name who deliberately market their products towards families and children; therefore, it is unacceptable that they should seek to expose children to an image which is so clearly hyper-sexualised.

By featuring a gay couple, Cadbury’s are aiming to escape criticism by using the cover of ‘inclusiveness’ and ‘diversity’. Still, this sexually graphic advertisement has no place being shown on mainstream media where children can view it. Such sexual objectification is against the ASA’s code of conduct.

According to Christian site Premier:

Some say the advert should not feature a gay couple in an Easter advert because it is offensive to Christians, others say the advert is too explicit, regardless of the sexual orientation of the couple. On the other hand, some people have pointed out that kissing is frequently used between straight couples with far less complaints.

It quoted Farrow, who has panic attacks when she sees rainbow symbols, as saying:

Cadbury’s should not be seeking to hide under cover of LGBT rights to conduct a campaign which sexually objectifies individuals.

If the couple in question were heterosexual, the advertisement would likely be prohibited, given the sexually explicit and graphic nature of the kiss. A kiss can take many forms; this is not a mere peck on the cheek or familial show of affection but rather two adults snogging, using their lips and tongues to exchange the contents of a creme egg in an extremely sexually suggestive fashion.

It is gross and off-putting, regardless of the sex of the participants and given the overtly sexual nature of the kiss, would likely to be banned or censured if the couple were straight.

Many evangelical and Catholic Christians, as well as those of other faiths are likely to be offended by the advert, which deliberately seeks to undermine biblical and traditional Christian teaching about sex and sexuality. It’s important that Christians are not rail-roaded into accepting the prevailing liberal orthodoxy and even more important that brands which seek to have broad appeal.

The advert is celebrating 50 years of the Crème Egg and features various people eating Crème Eggs in different ways. A real-life gay couple – Callum Sterling and Dale K Moran – are seen dancing in a garden, then kissing and sharing a Crème Egg, with the voice-over saying:

Sharers? Yeah, we are down with that.

So it’s OK when an advert sexualises a woman to benefit the male gaze and make other women feel inadequate if they do not live up to this beauty standard. But it’s not OK, in 2021, to have an advert of a multi-racial (strike one) gay couple (strike two) on your screens for 10 seconds (strike three) eating/kissing/sexualised (strike four). Does anyone see how ridiculous this is? Like actual LOL.

Cadbury has always been a progressive brand that spreads a message of inclusion, whether it is through its products or brand campaigns. We are proud of our Golden Goobilee advert which celebrates the many ways that everyone can enjoy a Cadbury Creme Egg. To illustrate this and showcase the joy our products bring, a clip of a real life couple sharing a Cadbury Creme Egg was included in the advert.

Luke Dowding, Executive Director of OneBodyOneFaith, an LGBT+ inclusive Christian group, told Premier he was delighted there were more LGBT+ people being represented in the media and added:

I think for Christians, perhaps what should be of more concern is the commercialisation of Easter.

He suggested that Christians should be more concerned about:

Issues of how chocolate is grown, how farmers are supported, whether chocolate is fairly traded are perhaps bigger issues that Christians might want to focus on.

Speaking about the claim that the product is often bought by children but has an advert which is ‘sexually explicit’, Dowding said:

I’m not sure the sharing of chocolate or the expression of a kiss could be expressed as ‘sexually explicit’, regardless of the orientation of the couple but I agree that there is media out there that perhaps is inappropriate for the consumption of children … it’s really is down to the parents to decide what they want their children to watch or not watch.

Mike Davidson, above, a Christian charlatan who heads a quack “gay cure” outfit based in Northern Ireland –  Core Issues Trust – told Premier this advert was not the biggest problem:

I think there’s a great deal that would have to be removed if we want to protect children. I can well understand the need to defend and protect Judeo-Christian values in society, I’m just not sure that Easter eggs is the place to do it. Is that really the place where we want to have an argument about what we want to project in terms of the values that are important to us?

A loopy organisation called  One Million Moms  – created by designated hate group the American Family Association – has stuck its nose into the row and its asking its supporters  to boycott Cadbury’s Crème Egg, and act to  prevent the advert reaching US TV. The group wrote:

Cadbury makes a huge push to sell its Crème Eggs in America during the Easter season each year. A portion of each sale goes to help finance Cadbury’s social agenda that has nothing to do with chocolates and candies. If U.S. sales are strong, Cadbury just might bring this ad to American televisions for your children to see.

Curiously, the websites of One Million Mom and the AFA have been inaccessible for months, which is a pity because their paranoid content provided bloody good a belly laughs. 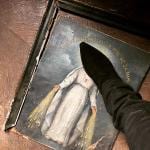 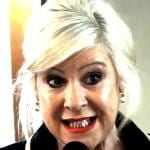 February 20, 2021 Anti-abortion group slammed for spreading lies about vaccinations
Recent Comments
0 | Leave a Comment
Browse Our Archives
get the latest from
The Freethinker
Sign up for our newsletter
POPULAR AT PATHEOS Nonreligious
1