WHEN enterprising 25-year-old Tommy Marcus learned that Trump’s bigoted buddy had died he celebrated by donating  $100 to Planned Parenthood. More than that he used social media to urge others to contribute to his newly-established Quentin Quarantino Rush Limbaugh Memorial Planned Parenthood Fundraiser. 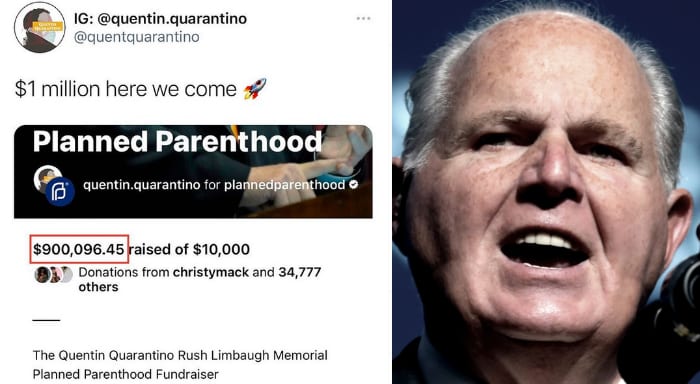 The result was nothing short of staggering, as the Instagram screenshot, above, shows.

Who is Marcus, the man who uses the name Quentin Quarantino on Instagram?

According to this report, he’s a University of Michigan graduate based in New York City, who gained a huge following as a creator of memes that “call out bullshit” and the “hypocrisy of pro-lifers and anti-maskers.”

In short, a young guy Limbaugh – a dedicated “pro-lifer” – would have absolutely hated.

In his latest post, Quarantino revealed that donations have exceeded $1.1-m.He said:

It was really an experiment, and the results have been unbelievable. It’s really cool to see that such a polarizing figure and such a bitter history of Rush Limbaugh could inspire such a constructive and meaningful thing. 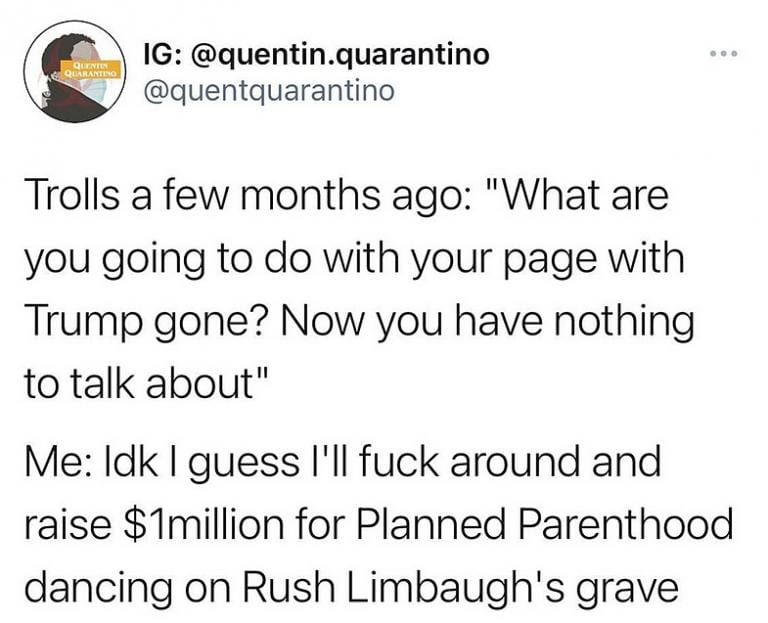 Before launching the fundraiser, he’d posted several memes that, if they didn’t outright celebrate Limbaugh’s death, made it clear that Marcus was not sorry that the conservative icon was dead. He said:

He singled out Limbaugh’s track record of mocking AIDS and those who died from it as particularly offensive.

He is really, to me, the embodiment of Trump’s America, of hatred, of the division that we see in our country right now. Limbaugh liked to take particular aim at feminists – or, as he called them, ‘feminazis.’

Marcus has taken to posting some of the direct messages he’s received from Planned Parenthood supporters. One wrote:

They made me feel less alone and never judged. I finally felt heard and safe.

Another wrote in to condemn South Carolina for passing, on Thursday, a law that would ban abortion after just six weeks of pregnancy – before many people even know they’re pregnant. Planned Parenthood immediately sued over the law.

On Friday, the organisation secured a court order that will keep it from going into effect. Marcus had been using his page to donate money to groups like Planned Parenthood and No Kid Hungry, as part of what he calls an effort to “troll for good.”

But he had no idea that his latest caper would  go viral and benefit PP to the extent that it has. 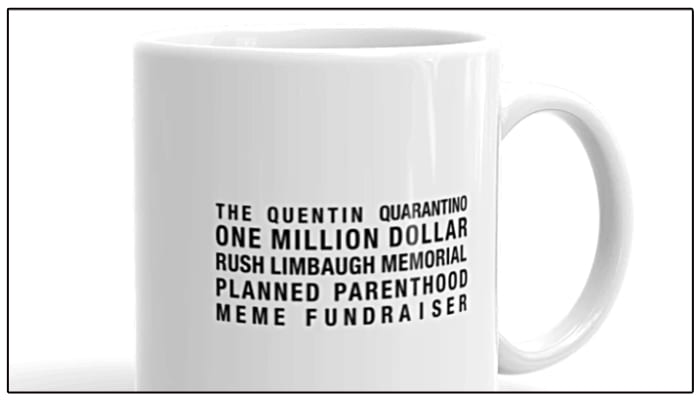 Marcus has even started a merchandising page that offers the mug above. 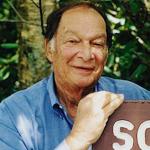 February 20, 2021
Nixon, God and the Moon: a bizarre moment in history
Next Post 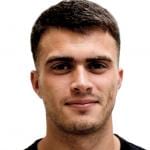 February 22, 2021 Missionary accidentally outed himself. Now he's fighting gay 'cures'
Recent Comments
0 | Leave a Comment
"Costelloe claims that the 'church can and must also take whatever steps are necessary to ..."
David Cromie ‘Church has changed’ says archbishop after ..."
"I expect the 'holy father' had in mind members of the Roman church, such as ..."
David Cromie Pope Francis: Better to live as ..."
"It hardly matters how you slice and dice it, the fact remains that the man-god ..."
David Cromie Superhero Jesus comic branded ‘blasphemous’ by ..."
"???"
David Cromie Superhero Jesus comic branded ‘blasphemous’ by ..."
Browse Our Archives
Related posts from The Freethinker