OVER a 30-year period Rev Rob Schenck, above, ‘aided and abetted the poisoning of evangelical culture by engaging in alarmist rhetoric from the pulpit.’ And in doing so he profited  handsomely, getting cash from more that 50,000 supporters to spread hatred and lies. Schenck, Administrative Bishop of the Methodist Evangelical Church USA, is now deeply ashamed of his past performances. In an op-ed published by Religion News Service (RNS) this week, he wrote:

I denounced the ‘abortionists,’ the ‘homosexual lobby,’ ‘godless atheists’  in academia and ‘Demoncrats’ in Congress and the White House.

In his role as President of an outfit called Faith in Action, Schenck blasted Clinton’s famous “Don’t Ask, Don’t Tell” rule regarding gays in the military:

The question really is whether it is appropriate for the military to be used to validate a dubious sexual practice. This is about validation of a lifestyle that has, as its defining feature, a sexual attraction and even a set of sexual acts.

For that, and other stupid remarks, in 2010 he was named by Between the Lines as “Creep of the Week“. Later, Schenck, in an interview with the Washington Post, said he “fundamentally” agreed with Southern Baptist Seminary professor Albert Mohler’s suggestion there may be a physical cure for homosexual behaviour. Mohler asserted it is likely science will prove a biological component to same-sex attractions. He went on to say a hormone patch to be worn by pregnant women might change a baby’s sexual orientation. Such a “fix” should be embraced, he wrote.

Schenck’s inflammatory rhetoric was seen by many as having led to the 1998 murder of abortionist Dr Barnett Slepian, right. In 2015  he wrote:

I led numerous large-scale blockades of [his] clinic, on several occasions personally confronting Dr. Slepian. I denounced him to his face for ‘the killing of unborn children,’ and accused him of ‘murder.’

Referring to the cash that came pouring in as hatred spewed out of his mouth, Schenck said:

The money and adulation became a drug to which I became addicted. Sadly, addicts sometimes do things they wouldn’t do if they were sober. Thankfully, I got sober before I committed a physically violent act.

Commenting to the storming of the Capitol by evangelical goons, Schenck said:

While evangelical participation in and support for the Jan. 6 event profoundly saddens me, I’m not shocked by it either. Big-name preachers, ministry celebrities and political figures have stoked fear, resentment and affront among my fellow believers for nearly half a century.

While he got “sober”, too many fellow preachers, did not:

Jacked up on their cultural spite, [they] aren’t producing the peacemakers Jesus blessed in his Sermon on the Mount. Instead, they’ve spawned a new breed of sanctimonious warriors. Until the insurrection, I saw these new soldiers of the cross as paper tigers, quick to comment on Facebook but otherwise carping cowards in the digital shadows. After Jan. 6, I now see them mobilized for literal urban warfare. My community has gone from merely toxic to dangerous. One pastor called recently to warn me he and his people are ‘armed to the teeth — and I mean that literally!’

Religious, social, political and legal authorities must take this new threat seriously and act on it. For my evangelical colleagues who care about this heretical defection from the faith, I remind you of what we once demanded from other groups whose members committed violence in the name of religion: Your silence is complicity. You must acknowledge the danger you are harboring and unequivocally denounce terrorism committed in the name of religion!  Berating those outside our community is always easier than taking ourselves and our own to task. Fellow evangelicals, it’s time we take a dose of our own medicine. This time it’s not someone else’s religion or culture that poses a real threat – it’s ours. 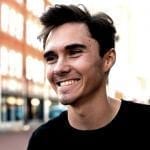 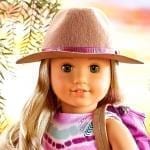 February 7, 2021 Quelle horreur: American Girl doll has lesbian relatives
Recent Comments
0 | Leave a Comment
Browse Our Archives
get the latest from
The Freethinker
Sign up for our newsletter
POPULAR AT PATHEOS Nonreligious
1

Nonreligious
Godless in Quintana Roo: Atheism soars in this...
The Freethinker
TRENDING AT PATHEOS Nonreligious