AFTER a long delay – due mainly to far-right President Jair Bolsanaro’s scepticism about COVID-19 vaccines – in January doses of the vaccine began making their way into the villages of Brazil’s indigenous tribes. But now some are refusing it because of scaremonger and conspiracy theories spread by foreign missionaries.

A report in The Guardian yesterday reveals that, in areas in which the missionaries spread their poison, people are being fed lies, including one that says the vaccine will “turn people into alligators.”

On the São Francisco reservation in the state of Amazonas, Jamamadi villagers sent health workers packing with bows and arrows when they visited by helicopter this month, said Claudemir da Silva, an Apurinã leader representing indigenous communities on the Purus river, a tributary of the Xingú.

It’s not happening in all villages, just in those that have missionaries or evangelical chapels where pastors are convincing the people not to receive the vaccine, that they will turn into an alligator and other crazy ideas.

Tribal leaders blame Bolsonaro, and some of his avid supporters in the evangelical community for stoking scepticism about coronavirus vaccines, despite a national death toll that lags behind only the United States.

Religious fundamentalists and evangelical missionaries are preaching against the vaccine.

The Association of Brazilian Anthropologists denounced unspecified religious groups in a statement on Tuesday for spreading false conspiracy theories to “sabotage” the vaccination of indigenous people.

Many pastors of Brazil’s urban evangelical megachurches are urging followers to get vaccinated, but they say missionaries in remote territories have not received the message.

Said Pastor Mario Jorge Conceição of the Assembly of God Traditional church in Manaus, the capital of Amazonas state:

Unfortunately, some pastors who lack wisdom are spreading misinformation to our indigenous brethren.

Bolsonaro, described here as a “Christofascist” has played down the severity of the virus and refused to take a vaccine himself. He has aimed special derision at the country’s most widely available vaccine, made by China’s Sinovac Biotech, citing doubts about its origins.

At an event in December, the President ridiculed Pfizer because he said the company had refused to assume liability for collateral effects in talks with his government. He sarcastically said:

If you take the vaccine and turn into an alligator, it’s your problem. If you turn into Superman or women grow beards, I have nothing to do with that.

After 56-year-old tribal chief Fernando Katukina, of the Nôke Kôi people near the Peru border, died on 1 February of cardiac arrest related to diabetes and congestive heart failure, word spread rapidly on social media and radio that the Covid-19 vaccine he received in January had caused his death.

The Butantan biomedical centre, which is producing and distributing the Sinovac vaccine, scrambled to convince indigenous people that was not the case. The centre tweeted:

Covid-19 has killed at least 957 indigenous people, according to APIB, out of some 48,071 confirmed infections among half of Brazil’s 300 native ethnic groups. The numbers could be much higher, because Sesai only monitors indigenous people living on reservations. 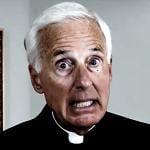 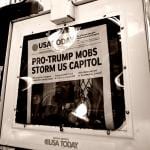 February 12, 2021 Over 40 percent of white evangelicals support violent insurrection
Recent Comments
0 | Leave a Comment
Browse Our Archives
get the latest from
The Freethinker
Sign up for our newsletter
POPULAR AT PATHEOS Nonreligious
1