Neo-fascist Christian website, LifeSiteNews may have been permanently banned from YouTube, but it continues to promote outlandish videos by numbskulls such as Florida’s Rev Michael P Orsi, above, who thinks the Devil is now firmly in the driver’s seat in America.

Orsi, writing this week for LSN within the context of some blarney about exorcism, asked:

What can explain the persistent demonstrations and rioting among Antifa and Black Lives Matter types but demon-prompted discontent? …  Yet the violence continues. We recently witnessed a march through Washington, D.C., punctuated by chants of ‘Burn it down!’

If Satan was responsible for the insurrection, as he claims, Orsi should give YouTube a rest and get his skinny butt across to the the Trump impeachment hearing and testify that the wrong guy is being tried for fomenting the Capitol riots.

In the Church itself you can discern the hand of Satan. Even the most hardened secularists acknowledge it in the great priestly sexual abuse scandal.

Huh? I’m utterly perplexed by this sentence. Is he suggesting that “hardened secularists” believe in demonic possession?

I would have asked him to elucidate, using LSN‘s comment section, but I have been banned from posting comments on that site.

The main aim of Orsi’s pieces was to promote a book by Catholic psychiatrist Dr Richard Gallagher, above who last year published a book called Demonic Foes.

I read an interview with Gallagher published by Esquire last year and watched this video – and concluded he, like Orsi, is as crazy as a kangaroo on crack. 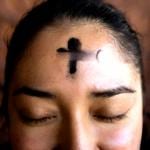 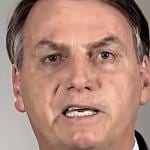