Too close for comfort: Catholics protest LGBT show outside a church

A PUBLIC square outside a cathedral in Sydney, Australia, has become the focus of Catholic conniptions because an LGBT concert, ‘Heaps Live & Queer’, was staged there last week as part of a city council sponsored series of outdoor events.

The row began brewing when posters for the show, depicted an image of St Mary’s Cathedral, began appearing in the city. 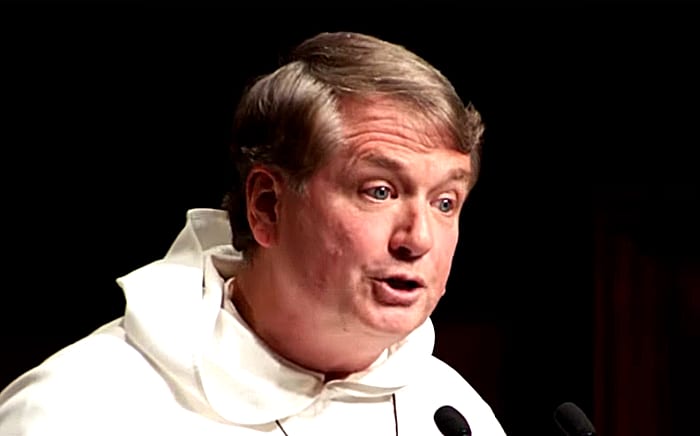 Sydney’s Catholic Archbishop Anthony Fisher, above, was quickly on the case, and demanded the removal of the “provocative” posters that were insensitive to people of faith.

The council quickly buckled under the pressure and the ad was scrapped. But this was not enough for some prickly Christians who are now saying that no gay-themed events should ever be allowed near a church.

A petition launched in protest of the concert reads:

The LGBT community has disrespected the Christian nation by using St. Mary’s Cathedral images to advertise their events. We are fighting for rights to not allow LGBT events being held in close proximity of any church in SYDNEY!

The event itself got picketed by a bunch of loons calling themselves “Christian Lives Matter,” a group led by Charlie Bakhos, inset above, who tried unsuccessfully to disrupt the show.

The silly kerfuffle took a fresh turn this week when more than 200 Catholics gathered on the steps of the cathedral to pray on their knees and sing hymns “in reparation” for the show.

To me, it’s a like a big mockery to the Catholic Church, and to Christianity in general. I call every Christian in Australia, in Sydney, and around the world. I’m calling everyone to pray the rosary, be peaceful, don’t cause any trouble. Through prayer, anything can be solved through Jesus Christ.

LSN also managed dredge up an unnamed Benedictine priest who, in a garbled lament, said:

If you’re trying to explain this to someone who doesn’t believe in God, who thinks, ‘Why are these people getting so upset?’ It’s like, let’s say I have my mother and it’s her grave. And you know that grave is important to me, or that site is sacred to me, or something I find very special.

February 26, 2021 Christian bigots left fuming over the passing of Biden's Equality Act
Recent Comments
0 | Leave a Comment
Browse Our Archives
get the latest from
The Freethinker
Sign up for our newsletter
POPULAR AT PATHEOS Nonreligious
1