IN a Facebook post on Friday evangelist Franklin Graham, above, lashed out at President Joe Biden for agreeing that Russian President Vladimir Putin is a killer.

President Biden said that Russian President Putin is a ‘killer.’ President Biden’s words have offended the Russian people and have set our relations with this country back considerably. The Russian Foreign Ministry has recalled their ambassador to the United States.

This year more than 185,000 babies have been murdered through abortion in this country. I pray that President Biden’s eyes and heart would be opened to this tragedy and that our country would change its course on abortion. We will be held accountable by God.

Something that anti-abortionists such as Graham never speak about is the extensive use of intrauterine devices.

In an article – “The Mortal Coil” – published by the British Medical Journal in 2012 Dr Colin Brewer, Research Director at The Stapleford Centre in London, wrote:

Humanity, for anti-abortionists, begins at fertilisation. Intrauterine devices (IUDs) work in several ways, which definitely include embryocidal actions before and after implantation. To anti-abortionists, even barely visible embryos are ‘unborn babies’ and therefore abortion ‘murders’ them.

Current IUDs murder fewer unborn babies than earlier ones, but since 170-odd million women use them, that’s an awful lot of murdered unborn babies, probably more than five million worldwide annually and more than 100 million since IUDs were introduced.

Those who oppose abortion on religious grounds must therefore logically express even more outrage about IUDs. If they don’t they are hypocrites, because even five million annually is much more than all legal abortions in Europe and the United States combined, and they should be very angry indeed about all those unborn Beethovens.

However, they never equate this holocaust with murdering unborn babies a bit later in pregnancy. When asked to explain why destroying unborn babies at three days is apparently no more sinful than using condoms (that is, not sinful at all except among a few hardline Catholics) but constitutes horrible murder at three months, prominent anti-abortionists mostly waffle or remain uncharacteristically silent.

In 1870 Rome decreed that ensoulment occurred at fertilisation and unlike fetal bodies, fetal souls are evidently of adult size and significance from the start. Recent popes have occasionally mentioned the IUD’s abortifacient qualities but never suggested, as moral consistency required, that IUDs are at least as unacceptable as suction at 12 weeks.

Abortionists have sometimes been excommunicated (or shot) but never the inserters, recipients, and manufacturers of IUDs, who are surely much wickeder.

Religious leaders cannot claim ignorance of embryological evidence available since the 1980s and earlier. By keeping virtually silent about this enormous IUD mediated slaying of the unborn even when it was brought to their attention, they lose all moral authority to lecture us about abortion because their silence says, in effect, that murdering unborn babies really doesn’t matter very much as long as they’re only little ones.

This, of course, is exactly my position and probably yours too. We can argue about definitions of ‘little’ but that’s a neuropsychological or even aesthetic matter, not a religious one.

• Brahams D. Medicine and the law. The postcoital pill and intrauterine device: contraceptive or abortifacient? Lancet1983;1:1039. Medline Web of Science. 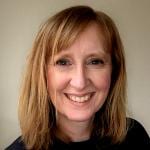 March 20, 2021
Wales accused of favouring atheism over religion in schools
Next Post 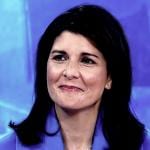 March 22, 2021 Images of women violate Jewish family magazine's 'values'
Recent Comments
0 | Leave a Comment
Browse Our Archives
get the latest from
The Freethinker
Sign up for our newsletter
POPULAR AT PATHEOS Nonreligious
1