A BREWING company in Nottingham, England stands accused of “trivialising the immensely venerated Hindu goddess Kali” by using her image on beer cans.

In a message posted on Facebook this week, Nigel Patton and Michael Shipman, of Bang the Elephant, said

Kali Yuga has been part of our core range of beers for three years now and there has been no comment or hint of offence to the Hindu Community previously, but obviously this is something that we do not take lightly, and we would like to go on record as saying that we wholeheartedly apologise for any offence we have caused.

Kali Yuga will continue to be part of our core range, but we are more than happy to work with Mr Zed and the people of the Universal Society of Hinduism in terms of discussing possible alternatives or alterations to future artwork for the beer that would be deemed more ‘appropriate.’

The “Zed” referred to is the ever-vigilant US based Rajan Zed, above, President of Universal Society of Hinduism.

According to Nottinghamshire Live, Zed asked that  company apologise for their use of the image on its East India Porter beer named Kali Yuga – a 5.9% beverage.

Breweries should not be in the business of religious appropriation, sacrilege and ridiculing entire communities. It was deeply trivialising of the immensely venerated Hindu goddess Kali to be portrayed on a beer label.

Hinduism was the oldest and third largest religion of the world with about 1.2b adherents and a rich philosophical thought and it should not be taken frivolously.

Hindus were for free artistic expression and speech as much as anybody else if not more. But faith was something sacred and attempts at trivialising it hurt the followers.

Last August we reported that he forced Lancashire Farm Dairies to abandon yoga lesson in a pasture full of cows.

In 2017, Zed had a major run-in with Meat and Livestock Australia (MLA) over an amusing commercial for lamb that featured Jesus and mythological deities including Lord Ganesh.

The controversy escalated politically when the Indian government complained about it. In a statement, the Indian High Commission said the MLA advert was “offensive” and:

Hurt the religious sentiments of the Indian community. The consulate general of India in Sydney has taken up the matter directly with MLA and urged them to withdraw the advertisement. A number of community associations have also registered their protest with (the) government of Australia and MLA.

However the Advertising Standards Bureau in Australia dismissed complaints filed by Hindu groups against the commercial, which can be seen here.

The advertising watchdog rejected the claims made by Hindu groups, saying it was “inclusive” and did not provide:

Any one character with less favourable or unfair treatment by virtue of being in the group.

As fury mounted, the ASB’s decision reversed, and the commercial was banned. The ASB’s independent review found a “substantial flaw” in the original decision to permit the ad. Specifically, by failing to consider the views expressed by complainants that the ad:

Ridiculed a revered feature of a prominent deity of the Hindu faith for no apparent purpose.

Based on these findings, the ASB Board determined that the ad did in fact breach section 2.1 of the Advertiser Code of Ethics which states:

Advertising or marketing communications shall not portray people or depict material in a way which discriminates against or vilifies a person or section of the community on account of race, ethnicity, nationality, gender, age, sexual preference, religion, disability, mental illness or political belief.

MLA acknowledged the reversed decision but said it “respectfully disagrees” with it, noting the ad:

Was was conceived and intended to promote religious inclusiveness in a light hearted and humorous manner.

It was never the intention of MLA to discriminate against or vilify any religious group. 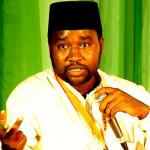 August 10, 2021
Nigerian atheist charged with 'blasphemy' 17 months after his arrest
Next Post

August 11, 2021 An invitation to become a trustee of the Pink Triangle Trust
Recent Comments
0 | Leave a Comment
"When The Sisko talked about meeting something truly evil for the first time, he wasn't ..."
Brian Shanahan Despicable! Creationist Ken Ham seeks to ..."
"If there's some kind of afterlife I hope it's one as the one of the ..."
Traveller Despicable! Creationist Ken Ham seeks to ..."
"And Satan killed his 10 after getting permission from god to kill them."
C Nault ‘Satanic’ school head, pictured with a ..."
"Also, at no point in the Bible can it be shown that Satan lied. God ..."
C Nault ‘Satanic’ school head, pictured with a ..."
Browse Our Archives
get the latest updates from
The Freethinker
and the Patheos
Nonreligious
Channel
POPULAR AT PATHEOS Nonreligious
1

Going Live in Half an Hour - 11...
I'm going live for the 4th instalment of the Resurrection video series...
view all Nonreligious blogs
What Are Your Thoughts?leave a comment
Copyright 2008-2021, Patheos. All rights reserved.