Two letters resembling lightning bolts– the symbol of the murderous Nazi SS – has landed a Ukraine cafe in hot water.

Cafe Escobar, housed in a former synagogue, apologised, saying the whole thing was “a case of a font gone wrong.”

According to The Jewish Telegraphic Agency, Eduard Dolinsky, Director of the Ukrainian Jewish Committee, has been spearheading efforts to delegitimise Nazi imagery in Ukraine, and on Monday he posted Cafe Escobar’s promotional material on his Facebook page along with the picture above, saying:

A coffeeshop with the symbols of the Nazi SS is located in Chernivtsi on Synagogue St. 31.

Cafe Escobar, near Lviv, introduced the logo on July 25 in a video that showed a filter holder emblazoned with the letters “Essco,” in which the S’s closely resemble the SS logo.

The SS symbol is offensive to many throughout Europe, but especially in Ukraine. During World War II, local men from the country’s west were drafted into an SS unit, the 14th Waffen Grenadier Division, also known as the 1st Galician.

Many of Dolinsky’s Facebook followers  – he has more than 23,000 – accused the the owners of fascist sympathies and referred to the pictures as “evidence of moral degeneration.”

Cafe Escobar declined a request for comment by the JTA.

The cafe has preserved some of the Hebrew text on the walls from when it was the Great Synagogue of Chervnitsi, an eclectic building from 1853 combining baroque and Classicist elements.The cafe’s promotional material has featured the Hebrew-language writings.

In a post on Tuesday, the cafe said the logo situation was a big misunderstanding.

In fact, this is a case of a font gone wrong. It was a trial. In our imagination, we saw two lightning rods as a symbol for energy, but the font was chosen unsuccessfully.

We didn’t make any Nazi references, we assure you! And sorry if this caused negative emotions. We apologise to anyone whose feelings may have been hurt.

No mention has been made of how the cafe intends disposing of the coffee cups. 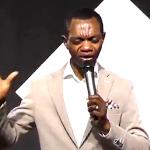 August 25, 2021
Pastor who declared 'in the name of Jesus lockdowns are over' is fined $5,000 and his church is now shut
Next Post 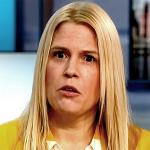 August 26, 2021 Catholic bigot and a right-wing gay loon blast police 'clown cars'
Recent Comments
0 | Leave a Comment
"Costelloe claims that the 'church can and must also take whatever steps are necessary to ..."
David Cromie ‘Church has changed’ says archbishop after ..."
"I expect the 'holy father' had in mind members of the Roman church, such as ..."
David Cromie Pope Francis: Better to live as ..."
"It hardly matters how you slice and dice it, the fact remains that the man-god ..."
David Cromie Superhero Jesus comic branded ‘blasphemous’ by ..."
"???"
David Cromie Superhero Jesus comic branded ‘blasphemous’ by ..."
Browse Our Archives
get the latest from
Nonreligious
Sign up for our newsletter
POPULAR AT PATHEOS Nonreligious
1