‘He’ll be back’: Preacher says she & Trump will retake the White House

‘He’ll be back’: Preacher says she & Trump will retake the White House September 5, 2021 Barry Duke

TELEVANGELIST Paula White, above, who famously prayed for for “all satanic pregnancies to miscarry right now,” believes that Trump will regain power in 2024 and will reinstate her as his “spiritual adviser.”

Religion News Service reports that Trump and his religious advisors have announced the launch of a National Faith Advisory Board that will be led by twice divorced White, of the City of Destiny Church in Apopka, Florida.

During Trump’s tenure she headed the White House’s faith-based office that she claimed:

Grew to the most robust coalition in modern day history. Our unity brought unprecedented victories, influence and access.

It also brought to YouTube many parodies of her demented “I hear the strike of victory” sermon:

Trump himself did a lot of gibbering at the launch, saying how miffed he was by his lack of support from Catholic and Jewish voters,

As for the Catholics, he said:

Still insisting that the election was “stolen” from him, he added that his own planned come-back is:

All based around God – it’s so important. God is so important to the success of what we’re doing. Because without God, we have nothing. 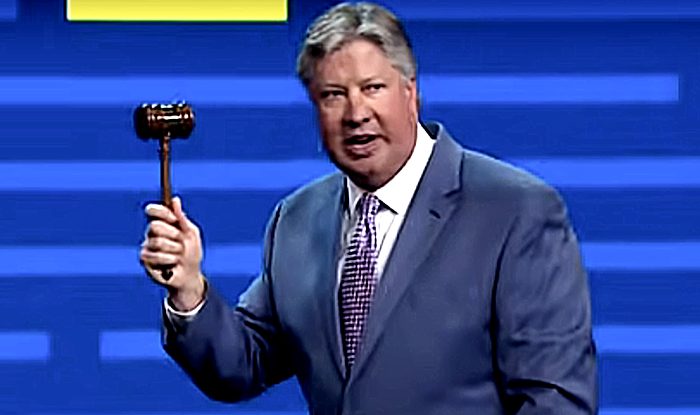 The launch ended with a prayer from Robert Morris, above, pastor at the Gateway Church in Dallas, which Trump visited during his 2020 campaign.

Morris was among the religious leaders who gathered in the White House Rose Garden to celebrate Amy Coney Barrett’s nomination to the Supreme Court in September of that year, a maskless affair later called a COVID-19 spreader event.

Morris prayed for Trump and his family, saying:

They have taken more of an attack from the enemy than any president we can ever remember. And yet, Lord, he continues to stand strong for Jewish people, and for Christians, and Lord, for the Judeo-Christian foundation of our nation. 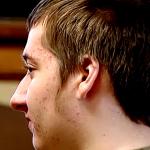 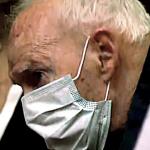 September 6, 2021 McCarrick abuse trial: further allegations surface
Recent Comments
0 | Leave a Comment
"Protection for bulls, if it refers to bullfighting, is welcome. Unless sticking swords into the ..."
Broga Catholics aghast at the pace of ..."
"I initially read 'doubts' as 'donuts.' I think I need to get some sleep."
Gwen Pryce ‘Lukewarm’ Christian Sherri Tenpenny reaches boiling ..."
"Not only that, they haven't turned me into a devil, much as I was hoping.(Indeed, ..."
Gwen Pryce ‘Lukewarm’ Christian Sherri Tenpenny reaches boiling ..."
"There are other ways to communicate rejection of bigotry without committing physical assault. From a ..."
Astrin Ymris Woman walloped a preacher who denounced ..."
Browse Our Archives
get the latest updates from
The Freethinker
and the Patheos
Nonreligious
Channel
POPULAR AT PATHEOS Nonreligious
1