TOM Lehrer, described as “the most brilliant song satirist ever recorded” once said “political satire became obsolete when Henry Kissinger was awarded the Nobel peace prize.”

Since then, countless examples of “you can’t possibly make that up” have come to my attention, the most recent today when it was announced that Nadine Dorries, above, former junior Health Minister, was handed a major promotion as part of a major cabinet reshuffle and is now Minister for Culture.

What do we know about Dorries?  First, she was among at least 14 Conservative MPs, including several British ministers, cabinet minister Michael Gove and a number of prominent Tory commentators who joined Parler, the social media platform favoured by the far right that was forced offline earlier this  for hosting threats of violence and racist slurs.

Parler was taken offline after Amazon Web Services pulled the plug on Parler, saying violent posts and racist threats connected to the recent attack on the US Capitol violated its terms.

Analysts from the London-based Institute for Strategic Dialogue (ISD) said that Parler had become a platform where the ideas of mainstream Conservative MPs coalesced with those of extremists.

By positioning themselves as a safe haven for free speech and an alternative to the alleged ‘liberal bias’ of social media giants such as Facebook and Twitter, platforms like Parler attracted a motley crew of ultra-libertarians, violent extremists and conspiracy theorists, as well as more mainstream ‘free speech fundamentalists.’

At least nine of the Tory MPs on Parler joined the platform in an apparent show of support for free speech following Donald Trump’s clashes with Twitter over remarks he made following the death of George Floyd in Minnesota last year.

Dorries joined Parler on June 21. Weeks earlier she been reprimanded by Downing Street for sharing a video from a far-right Twitter account that falsely claimed Labour leader Keir Starmer blocked the prosecution of grooming gang members when he led the Crown Prosecution Service.

Other notable Conservative figures on the site included pro-Brexit campaigner, the loathsome gay Darren Grimes, pictured above with the equally horrible Catholic “activist” Caroline Farrow. In June he told his followers on Parler that:

It’s about time we fought back against big tech’s assault on free speech, free expression and freedom of association.

Second, we know that Dorries voted against gay marriage.

All three of my daughters told me that the only time that they’d felt embarrassed by any vote that I’ve cast or position I’ve taken as a politician was my vote against gay marriage. They couldn’t understand why I had done it, because I have so many gay friends – it sounds really corny, doesn’t it? And I do – don’t ask me why, I just love gay men. So, all three of them gave me a hard time about that vote and kind of left me thinking: Have I done the wrong thing?

But it’s such a complex one, because it wasn’t an easy Bill – and I go to church and as an MP I’ve got the entire congregation, almost, telling me: ‘You’ve got to vote against this!’ And then you go into Parliament and you’re being battered from all sides by people who you like, you respect, you trust, all beating you up with different arguments.

In the nine years I’ve been in Parliament, there have been three issues that have torn me, but that tore me the most; and it was probably the one I went into with the heaviest heart, not knowing if I was absolutely doing the right thing.

If anyone had any doubts that Boris Johnson is an idiot, this appointment confirms just how much an imbecile he is. 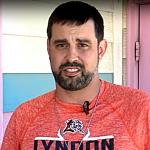 September 15, 2021
'Wrath of God' lawmaker convicted for assaulting a schoolboy
Next Post