‘Wrath of God’ lawmaker convicted for assaulting a schoolboy

Kansas State Representative and substitute teacher, Mark Samsel, above, who was arrested in April for kicking a Wellsville High School pupil in the groin, this week pleaded guilty to three counts of disorderly conduct.

When Samsel started yelling and banging on about “the wrath of God and how rap music is wrong and kids should listen to other types of music”, the unidentified student put in his earbuds. This so enraged Samsel that he pushed the student into a wall and kicked him in the testicles.

The Republican lawmaker was given a 90-day suspended jail sentence and put on probation for a year by Magistrate Judge Kevin Kimball during a short hearing conducted over Zoom.

Kimball also ordered Samsel from using Twitter, Facebook, Instagram and other social media platforms for personal use. However is is still allow social media for political and legislative purposes.

Which makes one wonder why this Republican lunatic is still holding a post in the legislature. According to Wiki:

Samsel was elected to the Kansas House of Representatives in 2018 and reelected in 2020. In February 2021, though 110 members voted for terminating the exemption that prohibited spouses from being charged with sexual battery, Samsel was one of 10 men, joined by three women, who voted to retain the exemption.

On Monday, Samsel apologised via Zoom, saying he never “intended for anyone to get hurt.”

Immediately after the incident Samsel posted a a long, rambling “explanation” of his behaviour on social media, saying among other things that:

Only Jesus can save. I am fine. I am saved. I am doing my absolute best to bring national attention to teenage mental health and prevention of suicide.

I will put my hand on the Bible right now and swear that I didn’t do anything wrong. 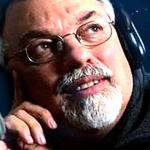 September 15, 2021 Satire takes another hit: UK's new Culture Minister is a right-wing Catholic bigot
Recent Comments
0 | Leave a Comment
"Costelloe claims that the 'church can and must also take whatever steps are necessary to ..."
David Cromie ‘Church has changed’ says archbishop after ..."
"I expect the 'holy father' had in mind members of the Roman church, such as ..."
David Cromie Pope Francis: Better to live as ..."
"It hardly matters how you slice and dice it, the fact remains that the man-god ..."
David Cromie Superhero Jesus comic branded ‘blasphemous’ by ..."
"???"
David Cromie Superhero Jesus comic branded ‘blasphemous’ by ..."
Browse Our Archives
Related posts from The Freethinker