REPUBLICAN Mark Robinson, above, a devout Christian and fiery preacher, has been in the job for less than a year, but in that time has succeeded in annoying a great many people.

Last month, speaking at the right-wing North Carolina Faith & Freedom Coalition’s “Salt & Light Conference”, Robinson suggested that anyone who claims that America is not a Christian nation should be “deported.”

Apparently so many people took up his offer to get out of Jesus-crazed America that he’s now gone bankrupt.

It’s now emerged that his idiotic address was preceded by a sermon at the Asbury Baptist Church in the town of Seagrove, during which he labelled trangenderism and homosexuality “filth.”

The emergence of the video sparked an angry response from many, including White House deputy press secretary Andrew Bates, a native of North Carolina, who said:

These words are repugnant and offensive. The role of a leader is to bring people together and stand up for the dignity and rights of everyone; not to spread hate and undermine their own office.

The White House joined a chorus of officials decrying Robinson’s comments but didn’t call for the lieutenant governor to resign, unlike many others, including several Democratic US Senate candidates in the state.

In the now-viral video, Robinson says:

There’s no reason anybody, anywhere in America should be telling children about transgenderism, homosexuality, any of that filth. Yes, I called it filth.

Robinson, a first-term Lieutenant Governor who rose to fame in a viral video about Second Amendment gun rights, has made a name for himself as an outspoken critic of Critical Race Theory, the Black Lives Matter Movement and the LGTBQ community.

Among those who do want Robinson to resign include N C Senator Jeff Jackson, a Mecklenburg County Democrat who is running for US Senate.

There is no future for a political party that is anti-gay. There just isn’t a large enough constituency in this country for the attitude. The world changed. Some politicians are catching up.

Robinson’s spokesman, John Waugh, wrote in a statement to The News & Observer on Friday that Robinson’s statements from June were in the context of educating children and how schools should focus on reading, writing and math. 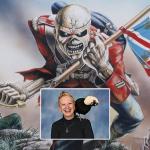 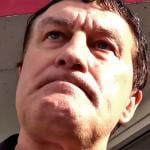