Italy sees a surge of people demanding to be de-baptised

AROUND ten years ago a campaign by the Union of Rationalist Atheists and Agnostics – abbreviated in Italian as UAAR – made it possible for Italians to get de-baptised.

In a 2010 blog post, Raffaele Carcano, then Secretary of UAAR, was quoted as saying:

So-called de-baptism is nothing more than the legal translation of a basic human right: the right to change religion, or have none at all. Debaptism [in Italy] makes a break with the Catholic Church, and therefore the right not to be denigrated by the Church for one’s behaviour.

Since than, according to Religion News Service, more than 100,000 people have have filled in de-baptism forms downloaded from the organisations website, but the UAAR present Secretary General, Roberto Grendene, above, who provided that figure, is claiming that credit for the trend should actually be given to the Roman Catholic Church itself.

He said that in the past, the association would organise “de-baptism days” to advertise it, but but it turns out that the church itself is de-baptism’s best promoter.

Whenever the Vatican is at the center of a controversy, we see the access to our website grows dramatically.

He pointing out that on two days in June, traffic on the UAAR website went from a daily average of 120 visitors to more than 6,000. 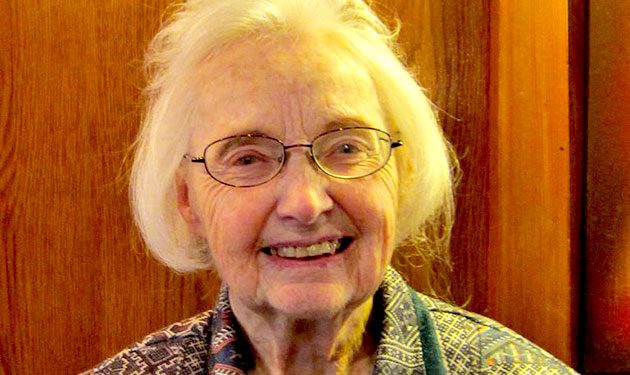 The UAAR campaign launch came a few years after a de-baptism initiative was devised by a former President of the UK’s National Secular Society (NSS), Barbara Smoker, above.

Time magazine reported in 2009 that more than 100,000 former Christians had downloaded from the NSS site “certificates of de-baptism” in a bid to publicly renounce their faith.

Terry Sanderson, who succeeded Smoker, said the online initiative had started around 2004 years ago to mock the practice of baptising infants too young to consent to religious rites. The site invited visitors to:

Sanderson said that the NSS realised that they had struck a chord with atheists and once-devout church members who were leaving churches they see as increasingly out-of-tune with modern life.

Churches have become so reactionary, so politically active that people actually want to make a protest against them now. They’re not just indifferent anymore. They’re actively hostile.

RNS reported that one of the many getting de-baptised in Italy is Mattia Nanetti, 25, from the northern city of Bologna, who grew up with the teachings and sacraments of the Catholic Church in parochial school. Even his scouting group was Catholic.

But in September 2019 he decided the time had come to leave the church behind. He filled out a form that he had found online, accompanying it with a long letter explaining his reasons, and sent everything to the parish in his hometown.

Two weeks later, a note was put next to his name in the parish baptism register, formalising his abandonment of the Catholic Church

RNS claims the that the RCC  has a problem with the word “de-baptism” — sbattezzo in Italian. Legally and theologically, experts say, this isn’t an accurate term.

The Rev Daniele Mombelli, vice chancellor of the Diocese of Brescia and professor of religious sciences at the Catholic University of the Sacred Heart in Milan, said it’s not possible to:

Erase the baptism, because it’s a fact that historically happened, and was therefore registered. What the procedure does is formalise the person’s abandonment of the church.

While agreeing that it is impossible to cancel a baptism, Italy’s Personal Data Protection Authority now states that everyone has the right to abandon the church.

The crime of apostasy

But according to canon law, anyone who goes through the procedure is committing the “crime of apostasy”, which, Mombelli said, comes with “severe consequences.”

An apostate immediately faces excommunication from the church, without need of a trial. This means that the person is excluded from the sacraments, may not become a godparent and will be deprived of a Catholic funeral.

There’s a substantial difference between the sin of apostasy and the crime of apostasy. An atheist commits the sin because it’s an internal decision, and they can be forgiven if they repent. An apostate, instead, manifests their will to formally abandon the church externally, so they face legal consequences for their decision.

Pietro Groppi, a 23-year-old from Piacenza who got de-baptised in May 2021, said that the first question he asked himself before sending his form was “Do I believe or not?” and the answer was simply, “No.”

Nanetti said that being de-baptised helped him affirm his own identity as bisexual.

I had to get distance from some of the church’s positions on civil rights matters.

The church’s stance on sexuality helped pushed Groppi to seek out de-baptism as well, though he’s not affected personally. He finds the Vatican’s position on matters such as  LGBTQ rights, euthanasia and abortion “absurd,” and he’s unhappy with how the church meddles with Italian politics.

I’ve been an atheist since basically forever. For the church, being baptised means that you’re a Catholic, but that’s not the case. I’ve personally been baptised for cultural reasons more than religious, because that’s how it goes in Italy.

Faillace believes that if all the people who don’t truly identify as Catholics were to be de-baptised, official percentages of Italian Catholics would be significantly lower.

RNS says the latest data seems to back him up. In 2020, sociologist Francesco Garelli conducted a large study financed by the Italian Catholic Bishops Conference that concluded that 30 percent of the Italian population is atheist – around 18 million people.

The Rev Alfredo Scaroni, pastor in a town of 9,000 in northern Italy, has noticed an increasing number of people distancing themselves from the church. If more than 15 percent of the population appear at Sunday Mass, he said, it is an achievement.

While writing this I attempted, without much success, to find out whether the de-baptism trend has taken off in other countries. Wiki informs me that in the years 2010 to 2016, 12,442 people were “debaptised” in the Dutch-speaking Flemish region of Belgium by formally leaving the Catholic Church.

Then I found an extraordinarily damning open letter in which a US writer demanded to be excommunicated by Bishop Richard Malone, of  the Roman Catholic Diocese of Portland, above.

Written by Paul Constant and published in The Stranger in 2010, the letter said, in part:

Today, Bishop Malone, I am demanding that you excommunicate me. I cannot in good conscience belong to your church anymore; I do not want to be counted with the 200,000 Catholics in Maine, or the 68,115,001 Catholics in the United States of America, or the 1.1 billion Catholics in the world.

I have been watching the events of the last few weeks with horror. The pope (an ex–Hitler Youth whom your fellow bishops used to refer to, lovingly, as “God’s rottweiler”) whined during a Palm Sunday homily about what he called “petty gossip.”

That “petty gossip” is a tsunami of reports of child rape perpetrated by Catholic priests across the globe and attempts by bishops, archbishops, cardinals, and the pope himself to cover up that child rape by moving ordained rapists to new parishes where they could, and did, rape again.

That “petty gossip” includes one case in which the pope halted an internal investigation of a Catholic priest in Wisconsin who is alleged to have raped more than 200 deaf boys.

And then, on March 30, Bill Donohue of the Catholic League for Religious and Civil Rights placed an ad in the New York Times dismissively accusing the Times of “looking for dirt” that “occurred a half-century ago” and saying that the church’s ‘pedophilia crisis’ has ‘all along’ been a ‘homosexual crisis’. He accused the Times of flogging this story to further a progressive agenda that includes “abortion, gay marriage, and women’s ordination.”

I demand to be excommunicated because I do not believe women are second-class citizens. I demand to be excommunicated because your missionaries are informing impoverished citizens of third-world countries that birth control is a sin when it is in fact the single most important thing they could do to gain some small amount of control over their economic situation and health.

In 2019 Malone was forced to resign in the wake of widespread criticism of his handling of allegations of sexual abuse and misconduct by local clergy members. 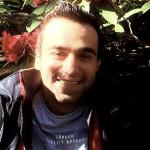 November 17, 2021
Terrorist proved how easily Christians can be 'hopelessly naïve'
Next Post 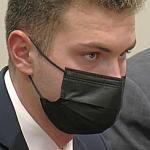 November 19, 2021 US judge prayed before sparing a rich white rapist jail time
Recent Comments
0 | Leave a Comment
"Costelloe claims that the 'church can and must also take whatever steps are necessary to ..."
David Cromie ‘Church has changed’ says archbishop after ..."
"I expect the 'holy father' had in mind members of the Roman church, such as ..."
David Cromie Pope Francis: Better to live as ..."
"It hardly matters how you slice and dice it, the fact remains that the man-god ..."
David Cromie Superhero Jesus comic branded ‘blasphemous’ by ..."
"???"
David Cromie Superhero Jesus comic branded ‘blasphemous’ by ..."
Browse Our Archives
Related posts from The Freethinker