THE Washington Post ruminates over how things have changed between John F. Kennedy’s visit to the pope in 1963 and Joe Biden’s this past week.

At the Vatican in July 1963, President John F. Kennedy and Pope Paul VI rose from their chairs and shook hands as cameras flashed and a videographer filmed. Traditionally, Catholics like Kennedy were expected to greet the pope by kneeling, taking his right hand and kissing the papal ring, a symbol of the office. Decades later, questions remain about whether the president’s decision to shake the pontiff’s hand was meant as a statement that his faith and his service to the United States could coexist without, as critics ominously predicted, undue subservience to the Vatican.

What a revolting display that would have been, had it happened. And while we’re on the subject, what is due subservience to the Vatican?

Surely Kennedy in his role as president shouldn’t have been subservient to the Vatican at all. Kennedy’s job was the wholly secular one of head of government, and any subservience to the pope while he held that job would have been an outrage. Who asked the pope to tell us what to do, or tell us what laws we can and can’t have? Kennedy should have stayed away from the Vatican, and so should Biden.

The meeting Friday between President Biden, the second Catholic to hold the nation’s highest office, and Pope Francis comes at a similarly contentious time – but in a nearly opposite way. While non-Catholics in the 20th century questioned whether Kennedy could avoid Vatican influence, the contemporary controversy centers on whether Biden’s break with his church on abortion rights undermines what he characterizes as his deep faith.

Yes but that doesn’t matter. Whether Kennedy could, and Biden can, avoid Vatican influence matters a great deal, because the influence would be bad and because it would be religious influence on a secular government. Biden and his deep faith are an entirely different subject and of no importance or relevance to citizens of the secular country that elected him president.

Fox News of course has a different take on the subject.

President Joe Biden received Communion at St. Patrick’s Church during Saturday Vigil Mass, a day after saying Pope Francis told him he should continue to partake in the sacrament, prompting negative reactions from Catholic priests upset that the president’s position on abortion is not in line with Church doctrine.

But Catholic priests are just Catholic priests. They’re not the boss of us. They’re employees of a large international religious network, and that’s all they are; they have no authority over those of us who aren’t part of that network. It doesn’t matter that the priests had “negative reactions.”

They can go cry in their beer, but they can’t tell us or Biden what to do. It’s none of their business. It’s absurd to report on their ruffled feathers because Biden doesn’t always jump when they say jump. Biden doesn’t work for them, he works for the citizens as a whole, so he doesn’t take orders from them. It’s pretty simple.

“I fear that the Church has lost its prophetic voice,” Bishop of Providence Thomas Tobin, above, tweeted Friday.

Where are the John the Baptists who will confront the Herods of our day?

I don’t know, where are the John the Baptists who will confront all the Herods in all those churches who raped children for years and years and years before reporters at the Boston Globe finally blew the whistle on them?

Earlier in the week, Tobin had publicly challenged Pope Francis to deny communion to the president.

“Dear Pope Francis, You have boldly stated that abortion is ‘murder,’” Tobin said.  “Please challenge President Biden on this critical issue. His persistent support of abortion is an embarrassment for the Church and a scandal to the world. Thank you. Very respectfully, Your brother +Thomas.”

Why did Kennedy and Biden visit the pope anyway? Why did Trump? Why did Obama welcome the pope to the White House?

The accession of Mussolini, known in his youth as mangiaprete – priest-eater – didn’t bode well for the papacy. The fascist squads had been beating up clerics and terrorising Catholic youth clubs. But Mussolini saw that he could use the church to legitimise his power, so he set about wooing the clergy. He had his wife and children baptised. He gave money for the restoration of churches. After two generations of secularism, there were once again to be crucifixes in Italy’s courts and classrooms. Warily, slowly, the Pope became persuaded that with Mussolini’s help Italy might become, once more, a “confessional state”.

They had so much in common. It’s all about The One Supreme Manly Ruler, who gets to tell everyone what to do with no questions asked. They could be rivals, or they could agree to split up the privileges and help each other out. Mussolini and Pius XI went the latter route, and the Lateran Treaty was signed.

In other words the Vatican is a country, so presidents and prime ministers who toddle off there to say howdy to the pope have the fig leaf that they’re visiting a colleague. It’s all a farce, and we seem to be stuck with it. 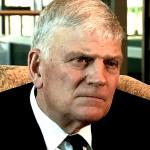 October 31, 2021
Americans with X passports should be denied entry to other countries
Next Post 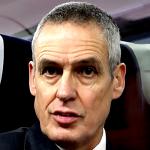 November 1, 2021 Unhinged UK evangelist almost got elected to the National Trust
Recent Comments
0 | Leave a Comment
"Costelloe claims that the 'church can and must also take whatever steps are necessary to ..."
David Cromie ‘Church has changed’ says archbishop after ..."
"I expect the 'holy father' had in mind members of the Roman church, such as ..."
David Cromie Pope Francis: Better to live as ..."
"It hardly matters how you slice and dice it, the fact remains that the man-god ..."
David Cromie Superhero Jesus comic branded ‘blasphemous’ by ..."
"???"
David Cromie Superhero Jesus comic branded ‘blasphemous’ by ..."
Browse Our Archives
Related posts from The Freethinker