Know your mythology before you mock it

Know your mythology before you mock it December 8, 2021 Barry Duke

“If you’re going to make fun of Catholic dogma, make damn sure that you get your facts right first!”

Those words were barked at me down a crackly telephone line by Barbara Smoker, above, best described as Britain’s answer to Madalyn Murray O’Hair.

Smoker, apart from being President of the UK’s National Secular Society, was also the proofreader for the now defunct print version of The Freethinker magazine, which I began editing almost 25 years ago.

I had just sent her a proof copy of an edition which contained a piece I wrote about weird Catholic beliefs, ceremonies and the RCC’s obsession with gross artefacts – the blood and bones of dead saints, nails used to attach Jesus to a cross, splinters of the said cross, Jesus’ many foreskins and a myriad of other grisly bit and bobs.

Apart from being the best proofreader I’d ever encountered, Smoker was a ferocious stickler for facts, and probably knew more about Catholicism than the Pope. That’s because she was a very pious child raised in devout Catholic family, and had set her heart on becoming a nun. So devout was she that, at school, she was described as “a saint.”

Then she decided that Catholic “voodoo” was not at all her thing, and embarked on a lifetime of aggressive godlessness, embracing a wide range of causes ranging from anti-war groups, voluntary euthanasia and LGBT rights.

What sparked her furious phone call was my reference to the Immaculate Conception, which I described as:

The ridiculous notion that Jesus was born of a virgin.

The Immaculate Conception refers to the fact God allowed Mary to be born without Original Sin, so that, later she could get pregnant without any effing penises being involved in the process! You, as editor should know that!

I was reminded of that conversation today as I prepared to visit a nearby mall to lay in a weekly supply of provisions, as well as to buy some winter gear. Just as I was about to leave, my husband Marcus called out from under the duvet.

Shopping’s not on the cards today, honey. Shops are closed for a public holiday.

Google confirmed this. In Spain, and many other countries where Catholicism has taken root like Deadly Nightshade, December 8 is the Feast of the Immaculate Conception.

Under the headline, “Why would God preserve Mary from Original Sin?” Life Teen provides this “quick” answer:

Because God is God, and He can do anything He wants.

The better answer: The Blessed Virgin Mary was conceived without Original Sin in order to preserve her as the perfect vessel through which our Lord would become flesh to the world. This does not mean, however, that Mary was not in need of a Savior. Jesus redeemed Mary, too, but in a unique way.

You and I are conceived with the stain of original sin (unleashed in Eden by our ancestors Adam and Eve), and we need Baptism to wash away that stain and cleanse our souls.”

The difference is that when Mary was conceived, God intervened and chose to prevent Mary’s soul from bearing that stain.

Now that you know all this, I implore you not to make the same mistake I did a quarter-of-a-century ago – and one that others still make to this day.

So what’s for supper tonight? Marcus will have to make do with some torreznos (a Spanish pork delicacy with a very crispy skin which I can’t eat because of its high fat content) while I will have much healthier white anchovies (boquerones) on toast.

December 8, 2021
Drag queen for a day pastor Craig Duke is now out of a job
Next Post 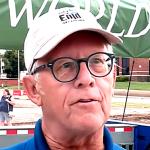 December 9, 2021 Nature joins the War on Christmas; smites giant 'Christ tree'
Recent Comments
0 | Leave a Comment
Browse Our Archives
get the latest from
Nonreligious
Sign up for our newsletter
POPULAR AT PATHEOS Nonreligious
1