The poll shows many who are pro-abortion also hold it should be legal only in a few circumstances, which starkly contrasts the heavy push in the media and elsewhere for its mass legalization.

Gallup then went into detail.

Current US laws make abortion legal in all or most circumstances. We in the pro-life movement have managed to put restrictions on abortion but these don’t make any abortions illegal. We have managed to reduce abortions by requiring wait times, parental consent, required information provided, abortionist admitting privileges, etc. These make abortion less likely by informing or harder to do by restrictions.

One point where We should be able to change the law regards late-term abortion. Most countries ban abortion late in pregnancy and most Americans support this. Trump noted that only 7 countries allow abortions after 20 weeks and the Washington Post fact-checked this as true.

There are 59 countries that allow abortion “without restriction as to reason,” or “elective,” or “abortion on demand.” […]

Most of the countries had a 12-week gestational limit on abortions.

Now considering widespread support domestically and abroad, maybe we could push this.

The goal is to ensure no abortions happen, period. However, we need to accept progressive steps towards that goal. We must also realize that our goal is not primarily legislative but converting minds and hearts. 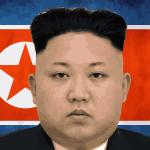 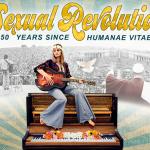 June 14, 2018 EXCLUSIVE INTERVIEW with the Writer/Co-Director of the Humanae Vitae Movie
Browse Our Archives
Related posts from Through Catholic Lenses