The Death Penalty Is Wrong But Not Intrinsically Evil or Infallible

People have been repeatedly saying that Pope Francis changed Church teaching on capital punishment on Thursday. They claim he infallibly declared the death penalty is intrinsically evil. This has two errors, it was neither infallible nor declared intrinsically evil. For reference, the key words in the statement from the Vatican are:

The Church teaches, in the light of the Gospel, that “the death penalty is inadmissible because it is an attack on the inviolability and dignity of the person”, and she works with determination for its abolition worldwide.

There are three ways that a statement can be declared infallible in Catholic teaching.

I think it is fairly clear the first two don’t apply. The first requires a preponderance of statements, not one statement. The second requires an ecumenical council, which I’m pretty sure we agree is not happening right now.

An ex-cathedra statement must be a declaration of the Pope that something is divinely revealed to be held for all time. This statement fails on three grounds. First, Card. Ladaria, not Pope Francis signed the decree on the death penalty. Second, nowhere in the declaration does it indicate that it is held to be divinely revealed. Third, there is no indication that this is necessarily to be held for all future time. I see nothing in the declaration that wouldn’t authorize a reconsideration after a complete societal collapse. A fourth ground this failed on is implied: this declaration is not a solemn decree as is used for ex-cathedra statements.

You will note that the one key line is surrounded by words to clarify the force of it. “in virtue of my ministry of confirming the brethren I declare that” clarifies that he is invoking his universal authority as the Pope. “Pertains to the Church’s divine constitution” indicates it is divinely revealed. “This judgment is to be definitively held by all” indicates that this is irreformable.

Fr. John Hardon, SJ, defines intrinsically evil: “An act of intention that of its very nature, essentially or necessarily, is not in conformity with the divine law.” This means an act that is evil despite whatever circumstances are involved. For example, willful sexual activity with anyone but your spouse can never be moral no matter the circumstances. Speeding is generally immoral but is not intrinsically evil: if your wife is having contractions and you’re going to the hospital, you can morally go well above the speed limit.

Now when we look at this decree, we don’t see the term intrinsically evil or similar terminology. The keep phrase is “is inadmissible,” which just means there is no case it is moral to exercise this power.

There are certain things which are not intrinsically evil but immoral in all or almost all circumstances. For example, driving a car 200 mph is not intrinsically evil but I cannot think of a single case that is moral on a public road. In the rare case that you race cars on a closed track and you have the training, you can go such speeds: NASCAR or F1 driver is an acceptable profession for Catholics.

Let’s examine the Latin. The phrase is “non posse admitti.”  Let’s go word by word. “Non” is simply a negation meaning “not” here – it can also mean “no” elsewhere but that wouldn’t make sense in context. “Posse” means be able to or can. “Admitti” is the passive infinitive of the verb to admit or grant or permit or urge. Thus a literal rendering would be “is not able to be urged/admitted/granted/permitted” which is awfully close to the official English: “is inadmissible.” This shows that there is not a universal moral judgment that this act is evil, simply a judgment it cannot be done now and for the foreseeable future.

The very nature of such a judgment can change. Take the 200 mph above. Let’s say that with driverless cars in 100 years we’d improved safety and fuel efficiency such that there were roads where 200 mph was morally OK. That doesn’t change a perfectly sane judgment that given the reaction time of human beings and possible road dangers, going 200 mph is not moral on any public road today.

History of the Church on the Death Penalty

Since the Church had declared prior that the death penalty was acceptable, it would be very hard to harmonize a declaration today that it was intrinsically evil with those prior declarations. Card. Ladaria is an intelligent man who is aware of this and would have mentioned it in the accompanying letter if that was the case. He made no mention of it.

On top of that, we have the hermeneutic of continuity. If something is going to change in the Church, it behooves the one changing it to declare that. Ladaria instead wrote in the letter how this did not contract previous statements.

Power vs. Exercise of the Power

The change in the Catechism on the death penalty is neither infallible nor does it declare it intrinsically evil. Let’s try to support the Pope, not attack him. Let’s work for a culture of life in all aspects.

For more, see my earlier article on capital punishment and the change in the catechism. 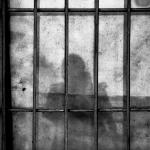 August 3, 2018
Capital Punishment: Francis & the Tradition Before Him Are Both Right
Next Post 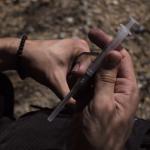