I fully support the Church’s teaching on contraception but I wonder if our terminology presents it well to the next generation who we want to convince to follow it. I think the existing medical term, “Fertility Awareness,” might be more convincing than NFP.

Terms are not doctrine. Decades ago, every parish had a Confraternity of Christian Doctrine (CCD). Many parishes have changed the name to Parish School of Religion, Catechesis, or similar, but kept the essential element of teaching kids the basics of the faith. Changing the name of the parish program has maintained the essence. I think and hope the same can happen with NFP.

First, I will look at where we get the word and word trends via Google books and Google search. Then, I will point out some practical ways this works better. Finally, I will take the most common objection.

The History of “NFP” and “Fertility Awareness”

We have to look at the origin of “Natural Family Planning” as a term. In the 60s and 70s, “Family Planning” was used for what we now call usually call contraception or birth control. However, this term has dropped off. According to Google books, by 2008 (the last year they do), the use of this term in books had dropped to only 15% of what it was in 1973.

People in their 20s and 30s – the target audience we need to convince of Church teaching on this topic – likely don’t understand the terminology of “family planning.” The drop in using “family planning” didn’t mean contraception was no longer written about in books. From 1973 to 2008, in Google’s book scans, “Condom” more than tripled, “Depo-Provera” more than quadrupled, “contraception” has remained more-or-less constant, “cervical cap” about doubled, the use of various synonyms for sexual acts avoiding penetration grew by more than 11 times combined.

If we look at the same period for “fertility awareness,” we see a radically different trend. Its use has grown over 19 times. Looking into Google search data from the past decade, “fertility awareness,” goes up and down keeping a relatively constant average, while related terms about tracking period or fertility have grown 4.5 times. If we look at “Natural Family Planning,” it had a plateau through the 80s and 90s in books but by 2008 was at half that level. As a Google search, it dropped off in 2010-2011 and has remained relatively constant since then.

“Fertility Awareness” is a Medical Term and Attractive to Young People

On a practical level, the fact that “fertility awareness” is the medical term is helpful in several ways. First, it helps allows couples to find medical information easier without remembering a second term. Second, it helps show that the Church is pro-science when the Church’s supposed opposition to science is one of the biggest reasons young Christians leave the faith.

If we look at the two terms and think about how a millennial might understand them, we get very different pictures. With NFP, you need to get over hurdles both with “natural” and with “family planning.” In NFP, “natural” is referring to that which is in accord with human nature. However, that is not exactly how “natural” is understood today: it’s more like natural wood grain is real wood while artificial wood grain is a plastic coating glued on particleboard. With this understanding, many assume that we can’t use any artificial chemicals or devices.

Yet, many women doing fertility awareness now use ClearBlue, which is an artificial device for testing hormone levels. Also, when dealing with infertility, many ethical procedures like giving hormones or doing surgery to increase the probability of conception seem pretty artificial. Second, we have “family planning,” which as stated above is a dated and confusing term to young people. NFP sounds kind of dated or esoteric.

On the other hand, “fertility awareness” sounds new and helpful. Tracking menstrual cycles is now so mainstream that Fitbit is promoting the option. Women want to be aware of their cycles. “Fertility Awareness” as a name also describes what is going on more than NFP. FA describes the process of becoming aware when a woman is fertile which then lets a couple decide what they want to do that evening.

The most common objection to this name change I’ve gotten when posting on social media is that as a medical practice “Fertility Awareness” can be combined with barrier methods of contraception to skip the abstinence period. This is a legitimate concern we need to avoid. However, I think explaining that NFP is medically called something else, and using terms that are neither common nor easily understood by this generation is more trouble than saying, “Doing fertility awareness does not mean you can use contraception the other part of the month.”

Hopefully, we can convince young people to take up the Church’s call in avoiding contraception in their marriages and committing to responsible parenting. I hope that rebranding NFP as “fertility awareness” might help.

Note: please help me write more like this by sponsoring me on Patreon. I rely on your donations. 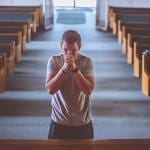 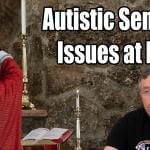 October 10, 2019 Dealing with Autistic Sensory Issues at Mass
Browse Our Archives
get the latest from
Through Catholic Lenses
Sign up for our newsletter
POPULAR AT PATHEOS Catholic
1 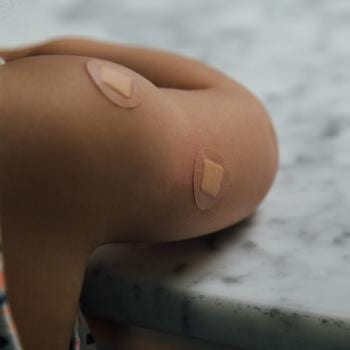 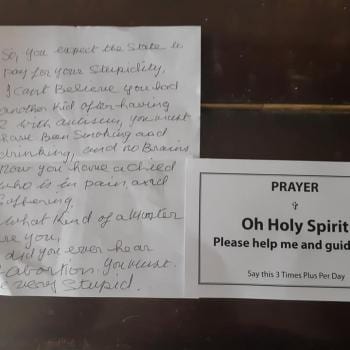 Catholic
Video Shows the Need to Train Priests on...
Through Catholic Lenses
TRENDING AT PATHEOS Catholic